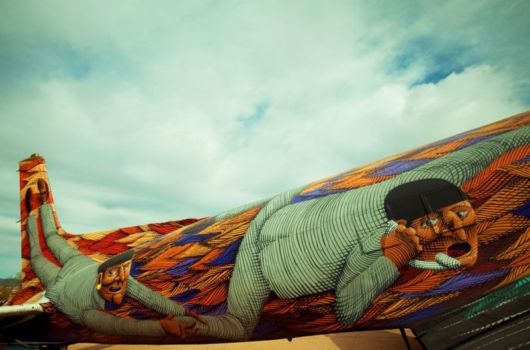 Conceived in Spring 2010 by Eric Firestone and organized with curator Carlo McCormick, The Bone Yard Project revives disused airplanes from America?s military history through the creative intervention of contemporary artists, taking entire airplanes and their elements out of aeronautic resting spots in the desert, known as boneyards, and putting them into the hands of artists.

Renowned street artists from around the globe gathered at the Pima Air & Space Museum in Tucson, Arizona to resurrect these relics and give them new life as an art canvas. The first part of the Boneyard Project, Nose Job, made its debut in the summer of 2011 with an exhibition of nose cones taken from military airplanes and given to artists to use as eccentric-shaped canvases at the Eric Firestone Gallery in East Hampton, Long Island.

In the second installment, Round Trip, more than 30 artists participated, including DC 3 planes painted by graffiti artists How & Nosm, Nunca, and Retna; a C97 cockpit by Saner; and C45 planes by Faile and Andrew Schoultz.

The Pima Air & Space Museum is the largest non-government funded aviation museum in the United States, and one of the largest in the world. It maintains a collection of more than 300 aircraft and spacecraft from around the globe and more than 125,000 artifacts. 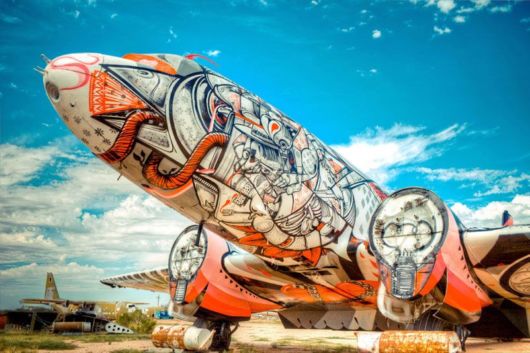 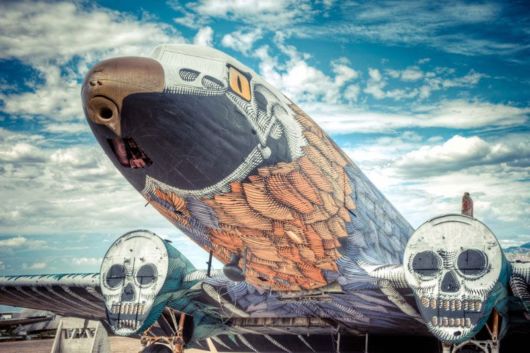 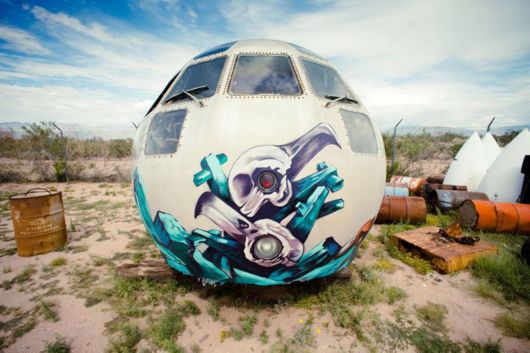 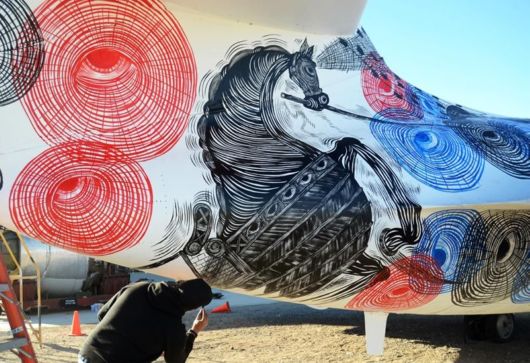 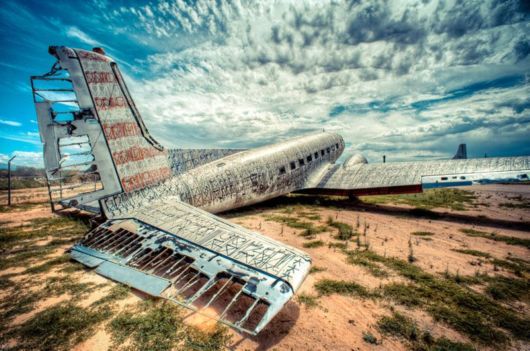 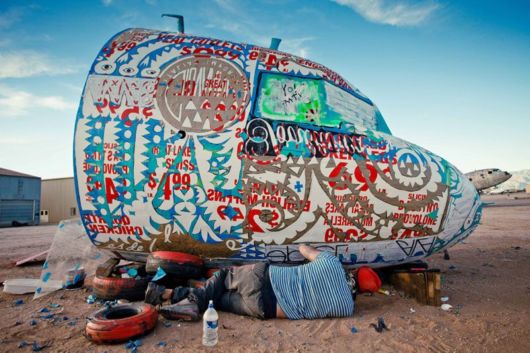 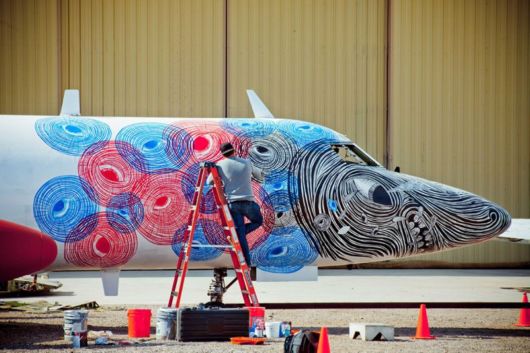 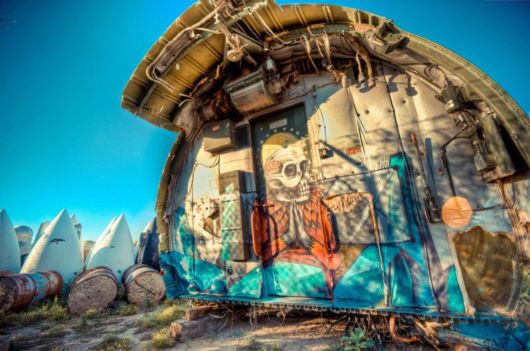 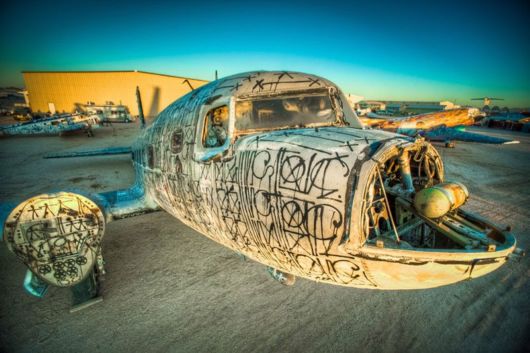 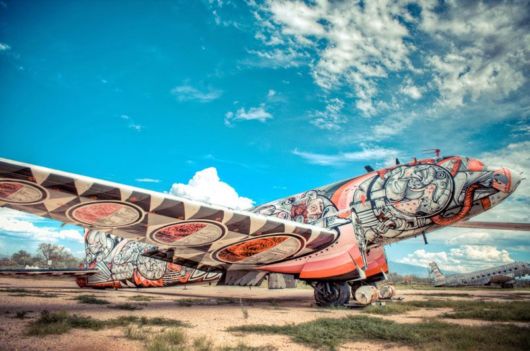 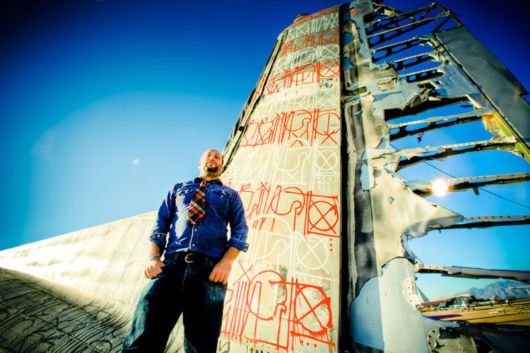 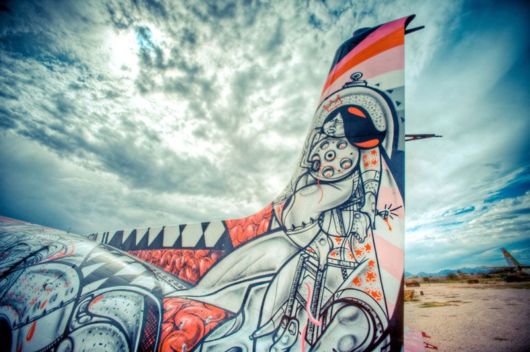 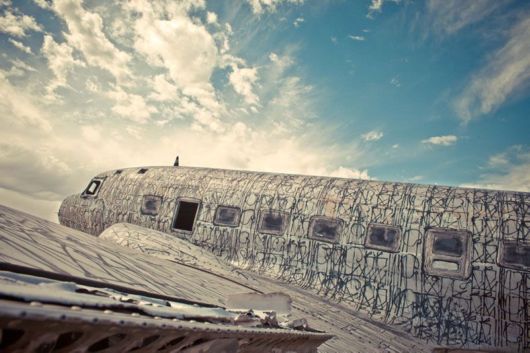 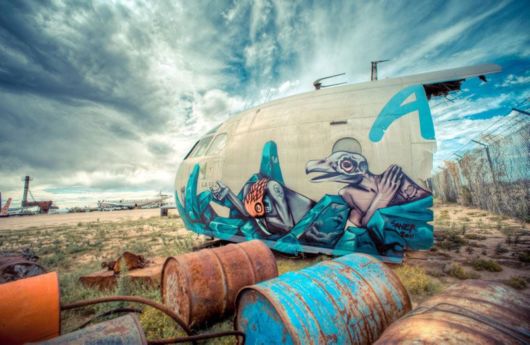 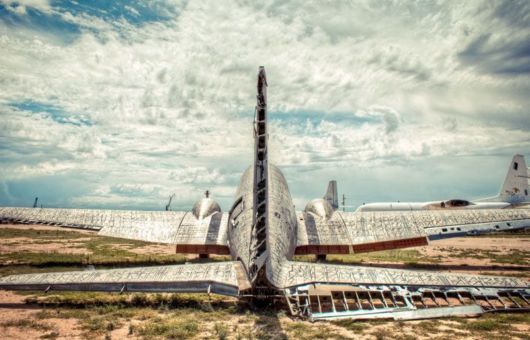 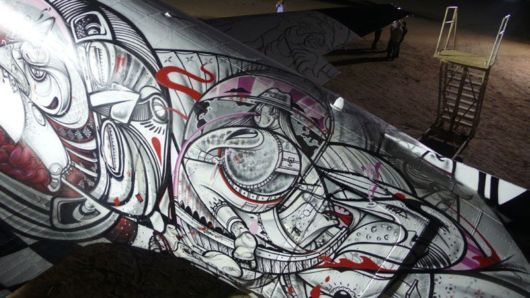 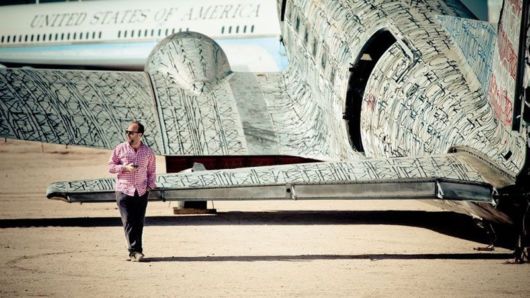 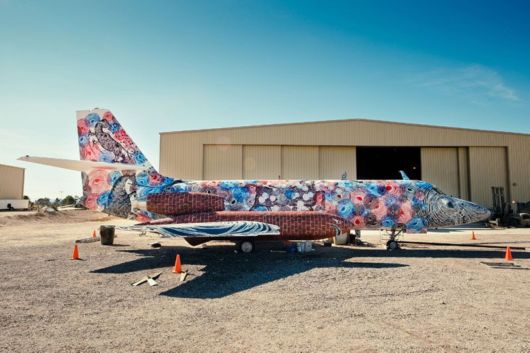 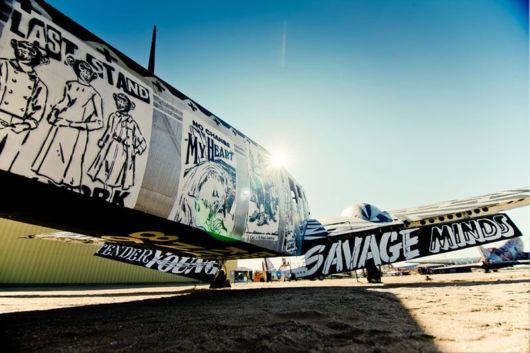 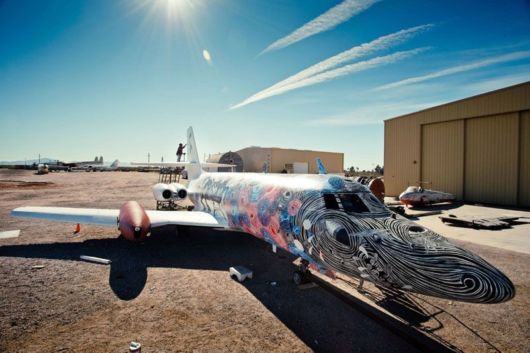 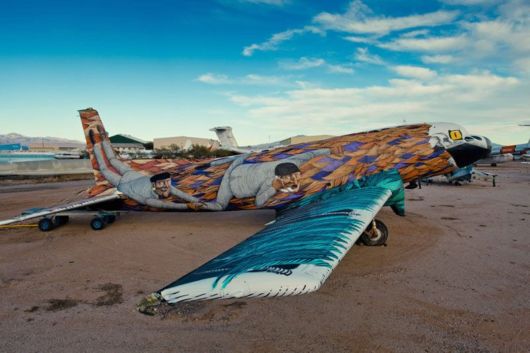 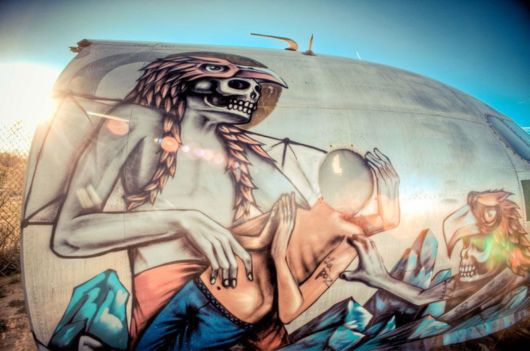 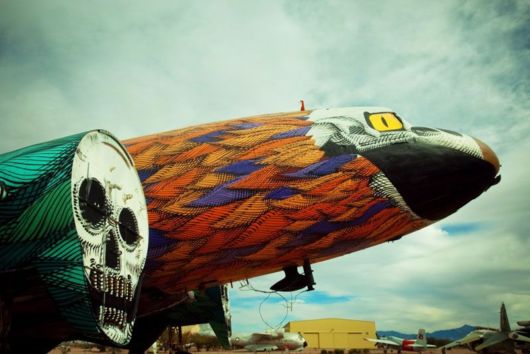 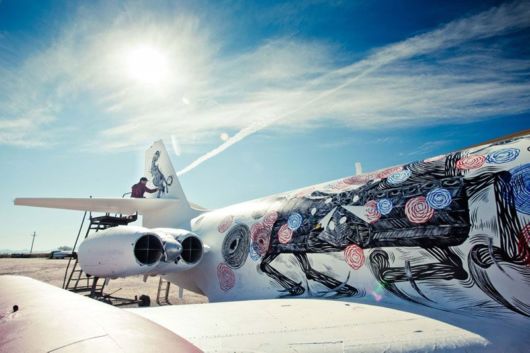 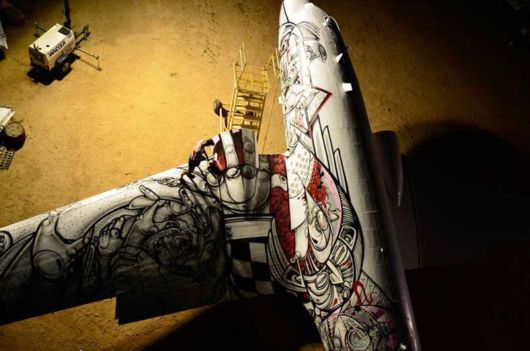 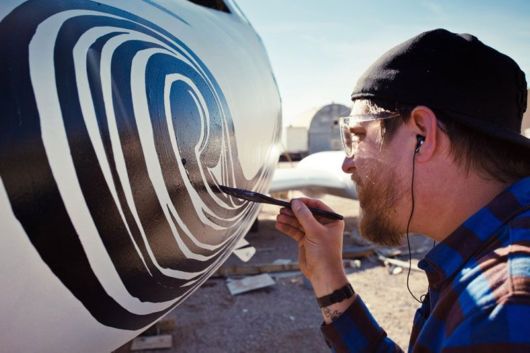 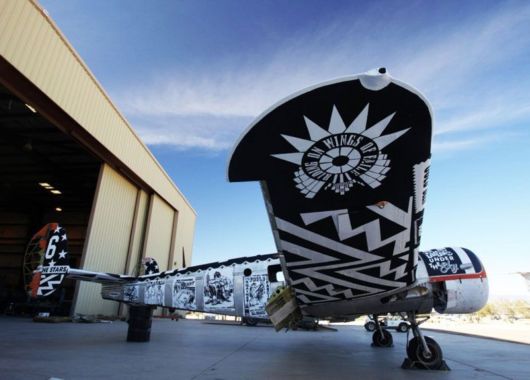 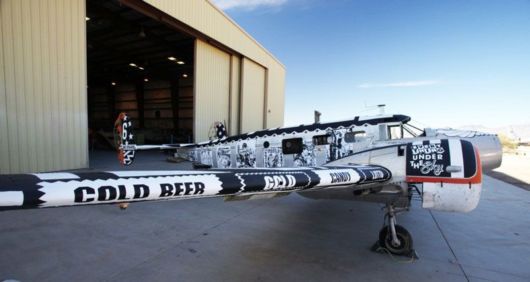