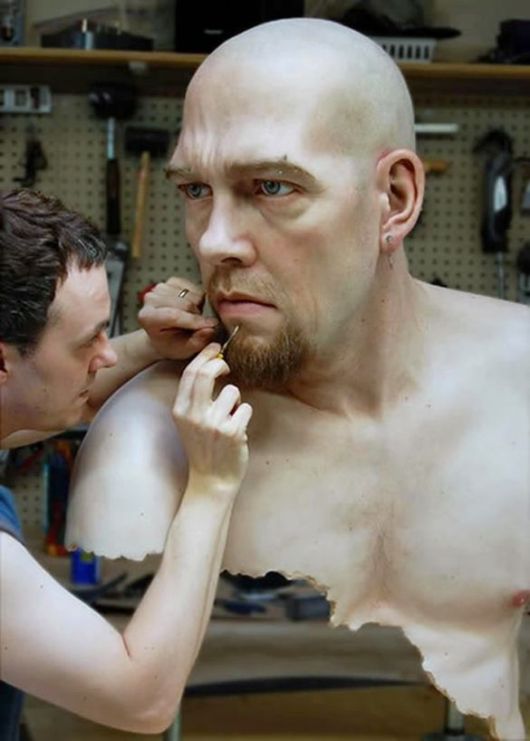 Ron Mueck is a London-based photo-realist artist. Born in Melbourne,Australia, to parents who were toy makers, he labored on children’s television shows for 15 years before working in special effects for such films as Labyrinth, a 1986 fantasy epic starring David Bowie.

Eventually Mueck concluded that photography pretty much destroys the physical presence of the original object, and so he turned to fine art and sculpture. In the early 1990’s, still in his advertising days, Mueck was commissioned to make something highly realistic, and was wondering what material would do the trick. Latex was the usual, but he wanted something harder, more precise. Luckily, he saw a little architectural decor on the wall of a boutique and inquired as to the nice, pink stuff’s nature. Fiberglass resin was the answer, and Mueck has made it his bronze and marble ever since 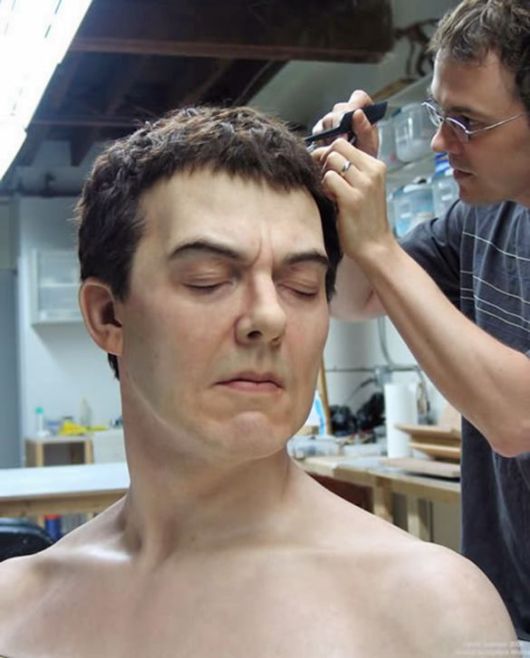 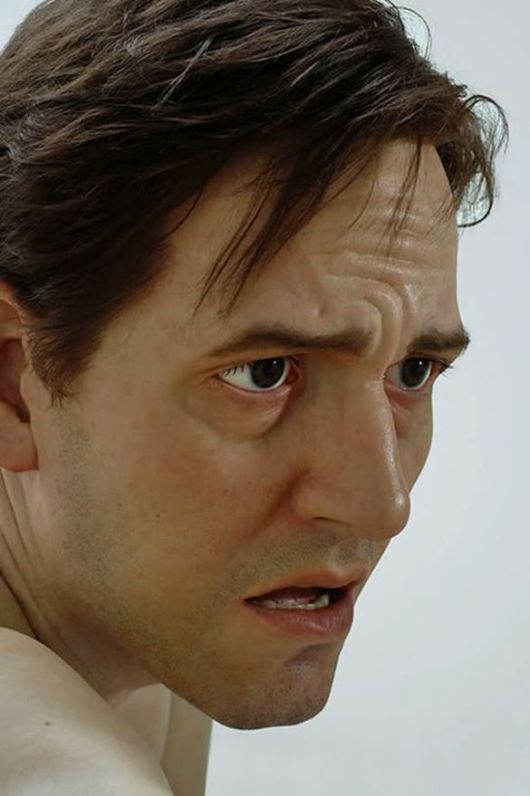 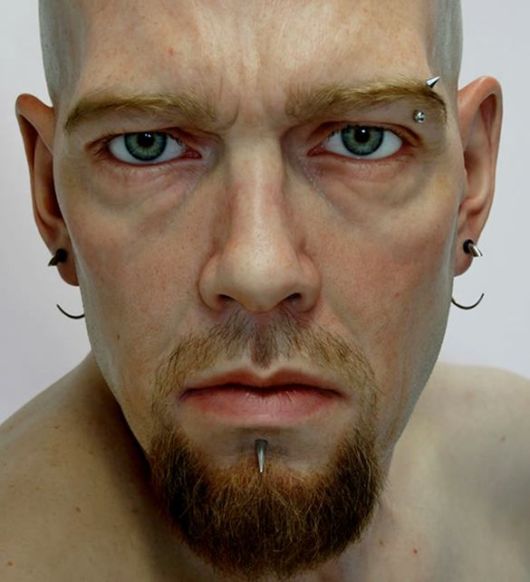 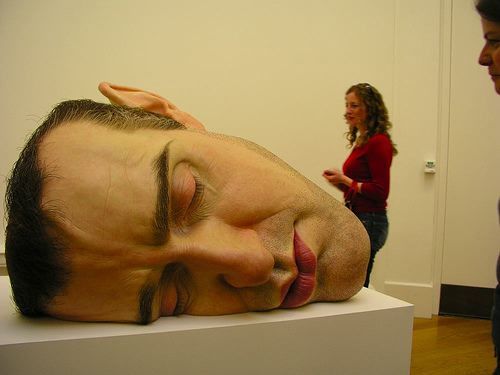 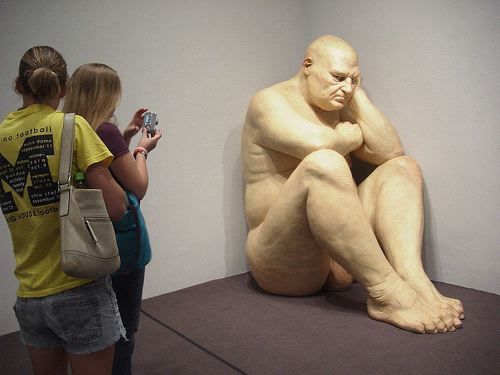 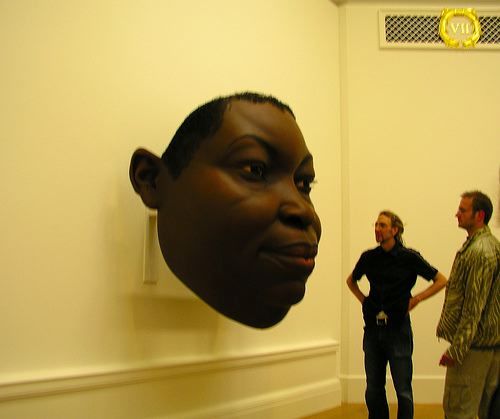 His work is lifelike but not life size, and being face to face with the tiny, gossiping Two Women (2005) or the monumental woman In Bed (2005) is an unforgettable experience. 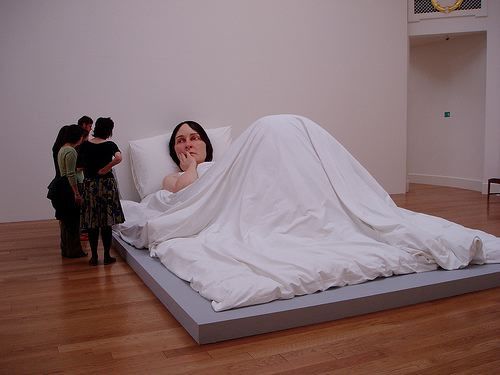 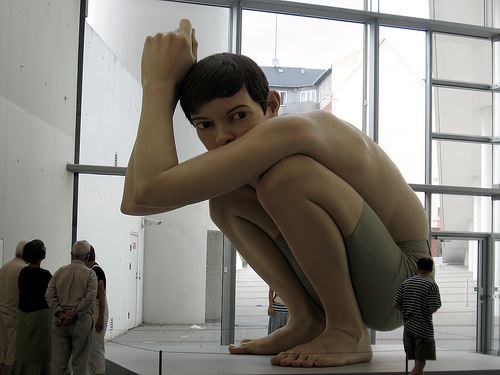 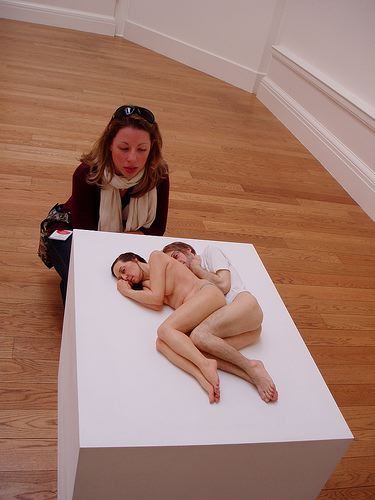 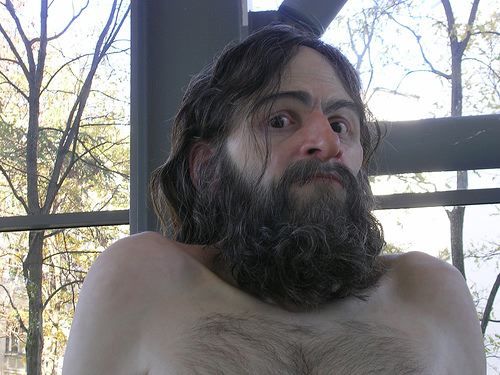 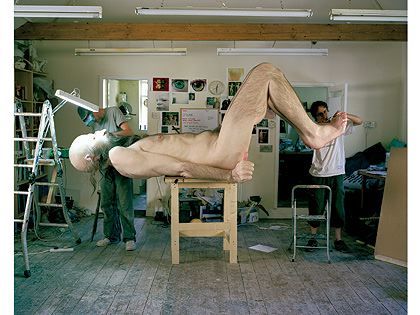 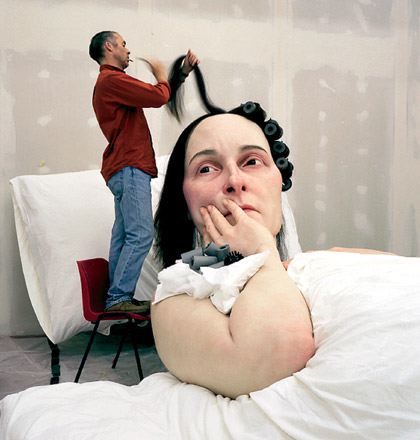 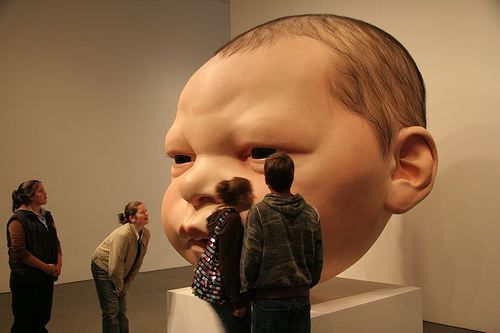 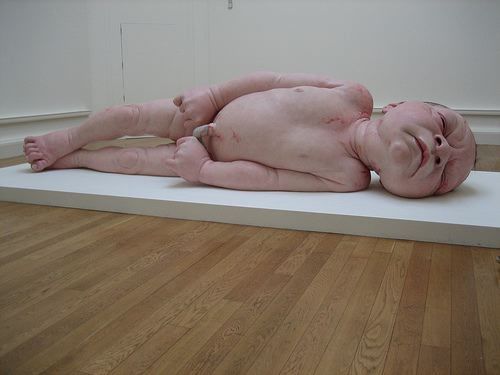