An artist has given some of the most iconic portraits of celebrities a unique twist – by recreating them using thousands of Rubik’s cubes.
From Michael Jackson to Madonna, the mind-boggling creations are the exact replica of their real life famous faces.
But the colourful portraits are more than just a mirror image, because they appear to jump off the wall thanks to clever subtleties in shading and depth. 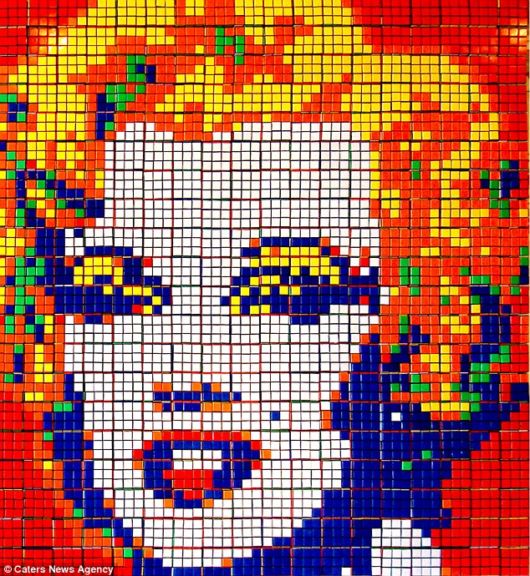 Cube caricatures: Josh Chalom recreates iconic portraits and pieces of art, like this one of Marilyn Monroe, using only Rubik’s Cubes 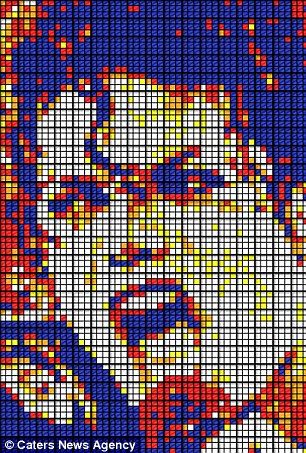 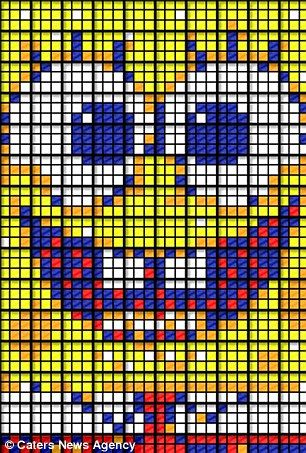 King of Pop – art? Michael Jackson gets the Rubik’s Cube treatment and, children’s favourite Spongebob Squarepants in all his cubic glory
The collections images of musicians, celebrities, politicians as well as recreations of famous Pop-Art pieces and classics like the ‘Mona Lisa’.
They are the brainchild of artist Josh Chalom, who along with a team of more than 30 people painstakingly piece and twist the creations together.
He said: ‘I simply love the art form – I’m fascinated by old Atari 8-bit video games so this is the perfect medium for it.
‘I’ve been doing this for a little over three years now and have no intentions of slowing down either. It’s not so much a hobby but a passion in my life.
‘Each one is hand twisted so depending on the size it takes anywhere from two or three days to a week or two to finish, but it all depends on complexity and planning for it.
‘The biggest piece so far is the Hand of God – it’s 29ft by 14.5ft and we used 12,090 cubes for that. It should be a Guinness record by next year.’ 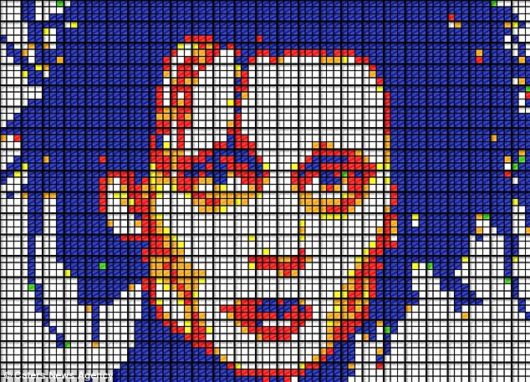 A snip at half the price: Johnny Depp as Edward Scissorhands is recreated using thousands of cubes 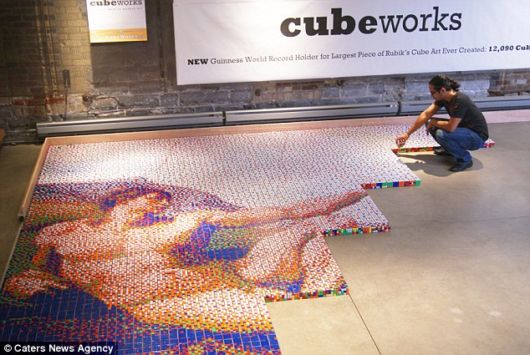 Leaving an impression: Josh Chalom recreates The Hand of God from the Sistine Chapel in the Vatican

Mr Chalom, 52, has built a team of collaborators from graphic architects to ‘cubers’.
The aim at his Cubeworks base in Toronto, Canada, is to get more people involved in old masterpieces.
He said: ‘We specialise in things that people will come and say "wow" at – the more over-the-top the better in our eyes.
‘Other people are doing it but no one else has gone to the size or scope that we have.
‘They do it and sell it for £10,000 a piece – we do it for art and charge a 10th of that.’