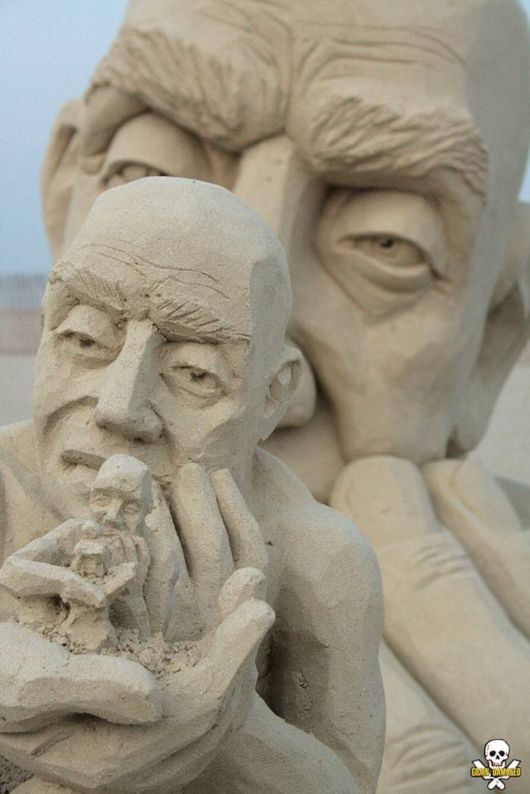 Massive Meta Sand Sculpture of a Man Holding Tiny Versions of Himself, Cleveland-based sand sculptor and woodworker Carl Jara just won fist-place at the Hampton Beach Master Sand Sculpting Competition with this fun sculpture titled Infinity. He has shot a time-lapse of his most recent sculpture.

The piece, which also won the People?s Choice award, depicts a series of five consecutive human figures in the palm of another, each one smaller than the last. You can check out more photos from the Hampton Beach event on Jara?s Flickr page. 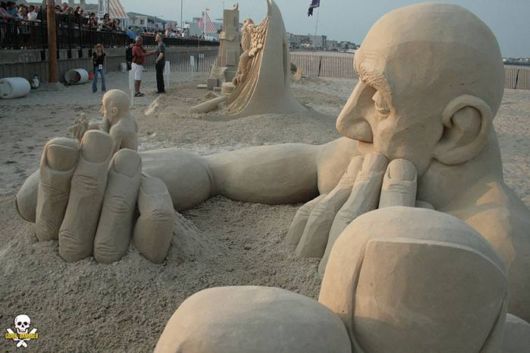 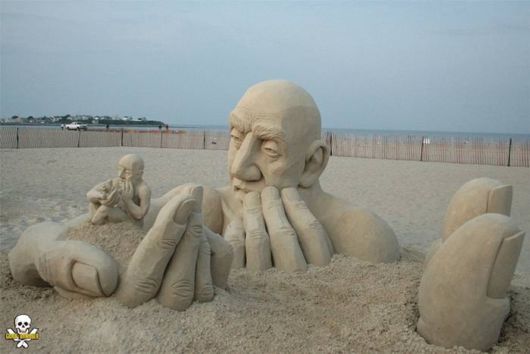 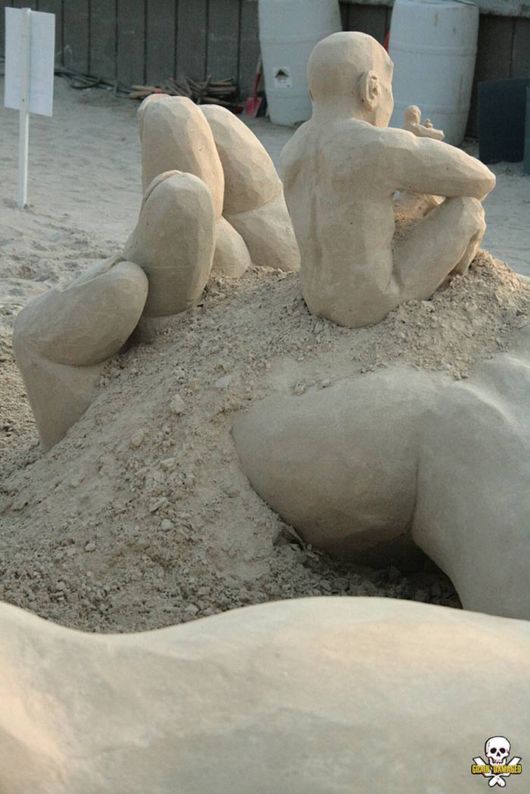 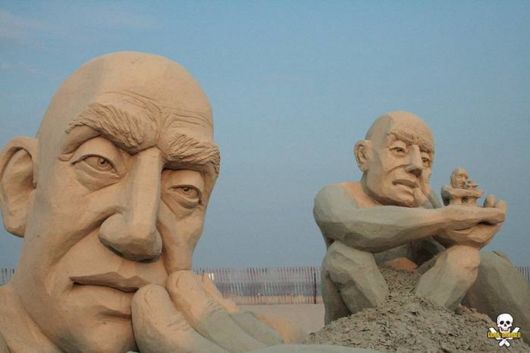 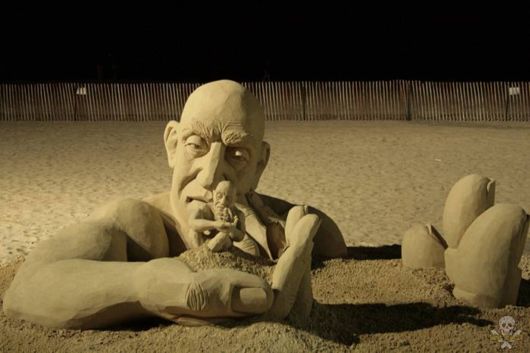