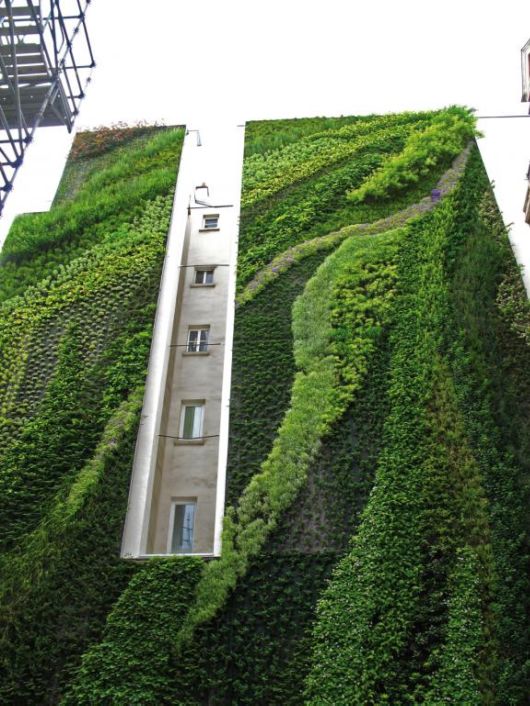 Thomas Malthus said it in 1798. Everyone is saying it now: The rate at which the human population is growing threatens global food security.

World population is expected to reach 9.2-billion in 2050 ? that?s approximately 3-billion more mouths to feed than there are today. Already 80% of the land suitable for growing crops is being used and the jury is still out on how much of that land will remain arable as climate change sweeps the globe.

To make things worse, today?s agricultural industry is responsible for at least 20% of manmade greenhouse gas emissions due to the methane emissions of cows, grains dependent on crude-oil based fertiliser and pesticides, high food travel miles and land-use changes. The run-off of artificial fertilisers and pesticides is irredeemably responsible for the pollution of the water table and oceans. That?s not to mention that the global food manufacturing and production industry is estimated to have used 1 000 cubic km of water (or 20 Nile rivers) in 2006 alone.

The increased food yield due to agricultural advancements in the 1940s and the introduction of GM crops in the 1960s is not enough anymore. While Malthus could not have predicted the impact of technological innovation and industrialised farming on food production over the past century, the famous essayist and father of demography?s 1798 doomsday masterpiece, An Essay on the Principle of Population, has risen to prominence again. How can a human population growing at a geometric rate survive on food production growing at an arithmetic rate?

By going up, says Columbia University?s Dickson Despommier with his hi-tech solution offering fascinating design possibilities. With such a shortage of land and increased urbanisation, instead of growing crops horizontally, he proposes the Vertical Farm.

Time to open your third eye and imagine that for every 10 blocks of your city, one block is a 30-storey glass skyscraper filled with the hues only found in the plant kingdom. The crisp green of lettuce on the first level, the ripe red of tomatoes and strawberries on the next, and the golden brown of wheat on the top, with the crystal blues of water running through the infrastructure. A living rainbow city block that feeds 10 000 people.

The architectural design of the building allows it to capture the sun and wind and convert it into energy, which powers some of the farm. Inside, the farm workers are dressed in laboratory-white spacesuits to protect the plants from germs. The average farm worker now holds a post-graduate chemistry degree, because the techniques to grow plants inside (without soil, sun or rain) were mostly developed by NASA in their preparations for any long-term planetary relocations.

The techniques are based on the central notion that we are able to recreate natural ecosystems, technologically. The main system is hydroponics, which is the method of growing plants without soil by feeding nutrients to the plant through a sophisticated water filter system. Aeroponics is similar, but the water is replaced by mist, meaning the plants can be grown dangling in mid air ? why not? If we wanted to take the matter further, there is also Aquaponics, which is the same idea applied to the cultivation of fish. In all these cases, computers monitor water, nutrient levels and even conduct DNA tests to identify viruses or diagnose the health of the plant.

This is not something out of a sci-fi novel. These technologies already exist and are widely used to grow the vegetables you purchase in your supermarket, especially in the more upmarket outlets.

In fact, there are a few noteworthy examples of the commercial viability of Vertical Farms already. The largest company in the field at present is Valcent Product Inc based in El Paso, Texas, which has manufactured Verticrop? that allows for the vertical growing of plants. This system has been successfully deployed at the Paignton Zoo Environmental Park in Devon, England.

As can be expected, the Japanese have been in this game for years too. The Pasona Group established an underground farm under its main headquarters in Tokyo that produces rice, fruit and vegetables via computer-controlled systems. Another curious Japanese case study is that of Fairy Angel Inc who have established the ?World?s Largest? plant factory. Due to the space shortage in the country, the Japanese plant factory industry has grown particularly successful. A major innovation introduced in these plant factories is the use of LED lights, which cuts the energy requirements by half.

Clearly the Vertical Farm is a move towards a far more computer-integrated lifestyle. This may clash with environmental activists who would prefer a more natural way of producing our food. Interestingly, although the Vertical Farm might seem like the first attack by artificial intelligence to enact a coup d?état on the human race, there are a number of ecological advantages to the Vertical Farm.

The two major trends in the green lifestyle movement are locally produced fresh food and organic produce. The Vertical Farm quite obviously addresses the locavore trend and, due to the high levels of control and monitoring, there is no need for pesticides, herbicides and fertilisers. Thus the produce is almost organic, barring the no-soil factor.

The Vertical Farm could also transform the city?s sewerage water and excess plant material into biogas energy. Additionally, due to the decreased transport costs related to the food distribution and farming equipment, carbon emissions would be significantly reduced. Moreover, the Vertical Farm allows for the conservation and restoration of natural ecosystems that have been damaged by commercial farms. As we move agricultural activities closer to and even into the cities, we can slow down the mass extinction of land animals caused by human interference, or so the argument goes.

There is some contention over this claim as the amount of wheat, rice and other grains that cause the majority of deforestation and ecological displacement could require entire cities of skyscrapers to produce. And, as opposed to artificial energy, sunlight is free.

This brings us to the biggest disadvantage of the Vertical Farm ? the staggeringly high energy requirements. In order to produce food throughout the seasons and to achieve the high growth levels possible with the ?ponic? technologies, artificial lighting is needed to replace the sun?s rays. Moving into a future where energy is a critical resource, electricity may be scarce and expensive. In addressing this, various architectural studios have submitted off-the-grid designs such as the Mithun Architects?s proposal for the downtown Seattle Centre for Urban Agriculture. Whether these designs are feasible or not is the big question.

The Vertical Farm is riddled with big questions and rightfully so; we are talking about completely redesigning a centuries-old industry. The implications are enormous, however, so is the problem ? we simply have to find more intelligent ways to produce our food. We are struggling enough as it is, which proposes an enormous opportunity for the worldwide design community to take a stand and show how our creativity can change the world.

There are many issues that will need to be addressed if the Vertical Farm idea is to come to fruition. Aside from the economical and technological challenges, the Vertical Farm future requires paradigm shifts. Agriculture no longer refers to a two-dimensional flat field but rather a three-dimensional room. Urban people no longer live in a void, separate from ecology. Our society will be altered.

Agriculture has been at the core of all major changes in human civilisation ? the Agricultural Revolution preceded the Industrial Revolution ? and surely the first building block to a new and better future lies in farms, the source of human nutrition. The Vertical Farm is one blueprint but the possibilities are endless. At this point it remains unclear what the future holds, but it is in our hands to begin redesigning our lives to meet the needs of future generations. 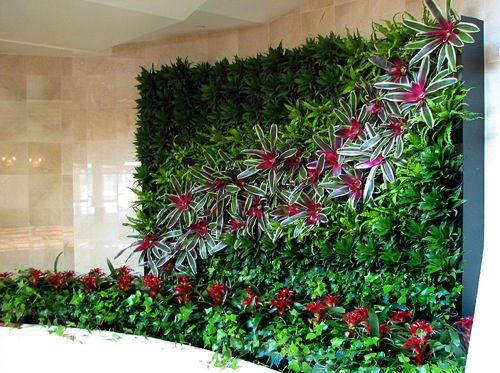 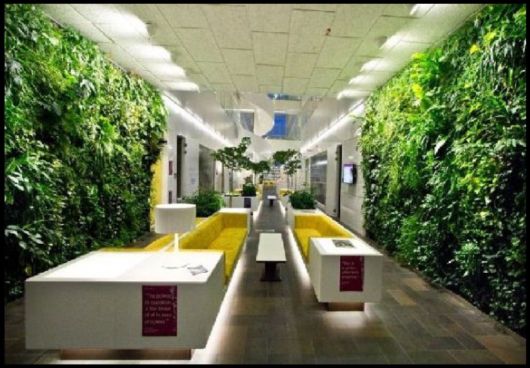 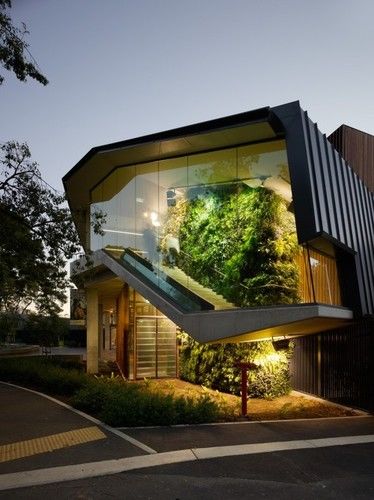 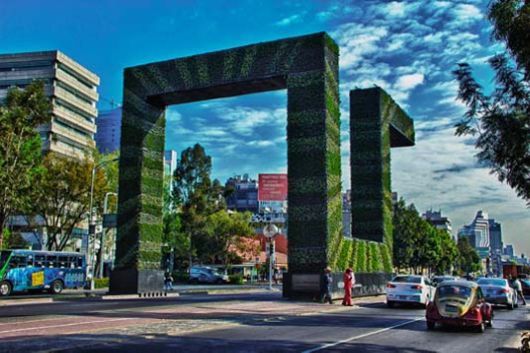 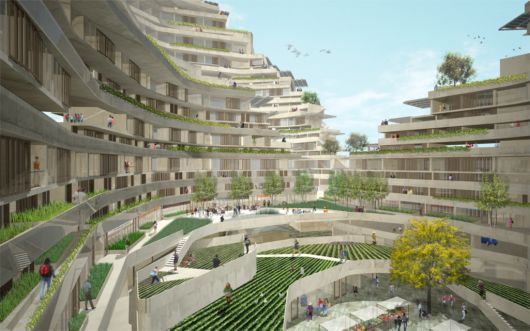 THE LARGEST VERTICAL GARDEN AT ROZANNA IN ITALY. 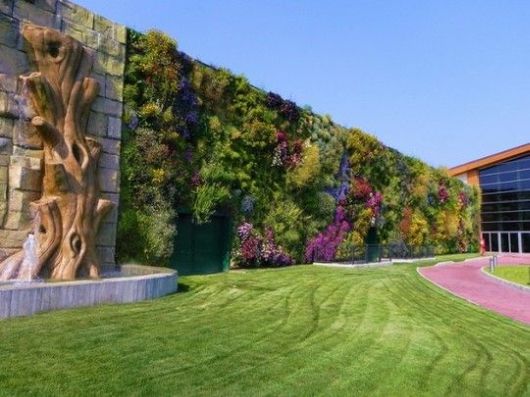 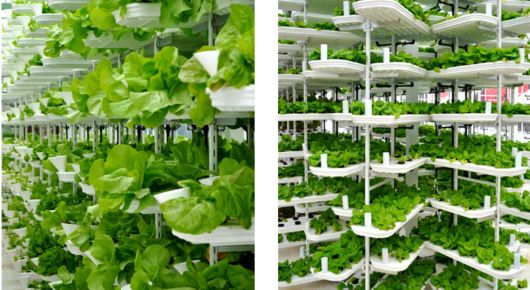 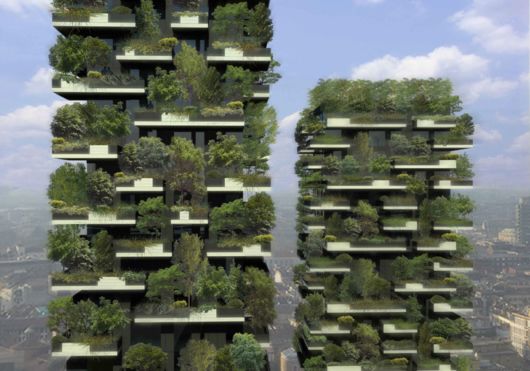 More aesthetic Hyrophonics of the future 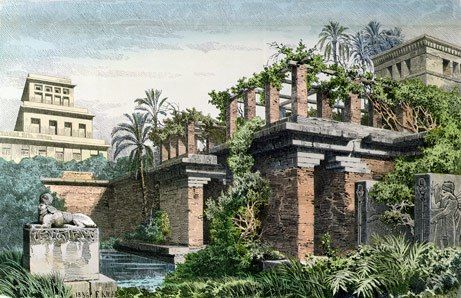