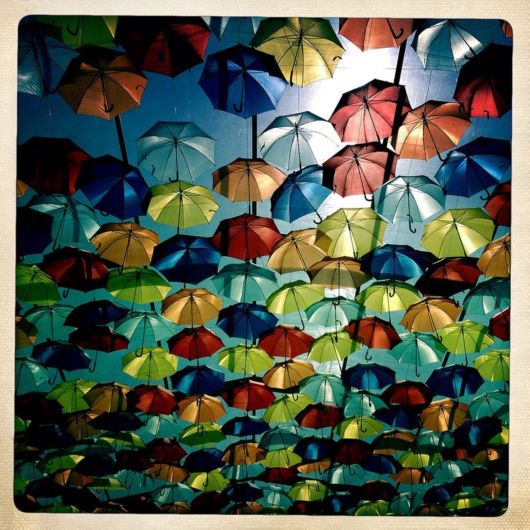 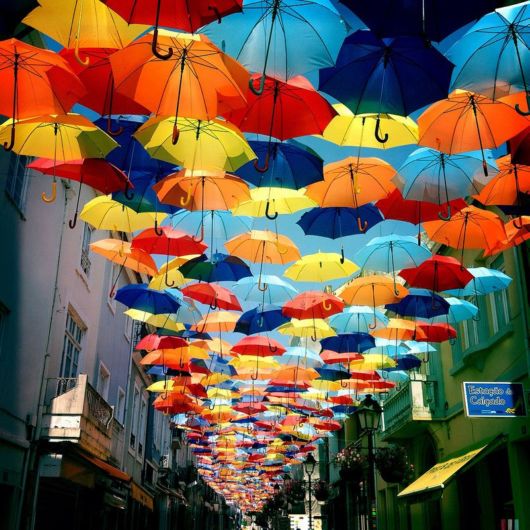 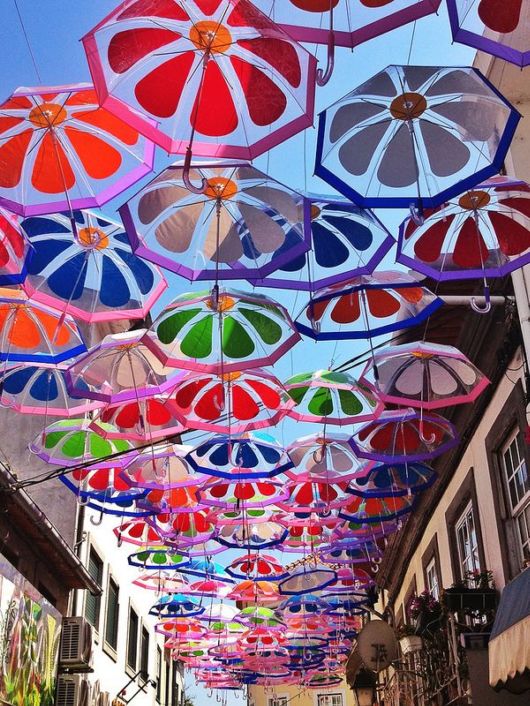 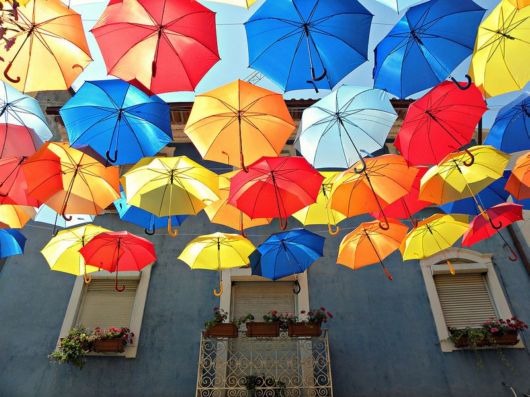 Just few day ago, Patrícia took these new shots of Agueda’s umbrella canopies. They will stay up throughout the month of July. If you’re wondering what it’s like to stand directly underneath, you’re in luck, Patrícia has the answer. “I felt like a kid,” she states, “amazed by all that color!” 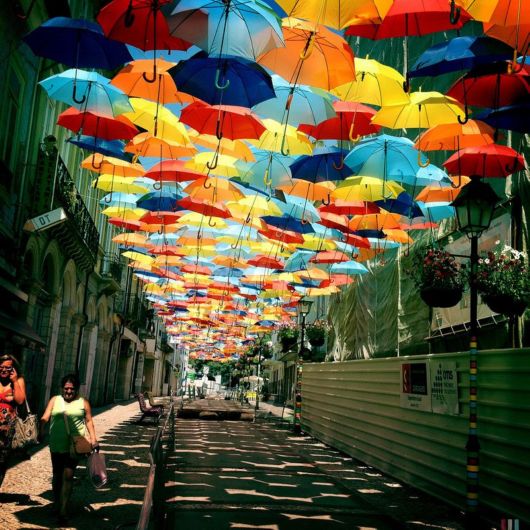 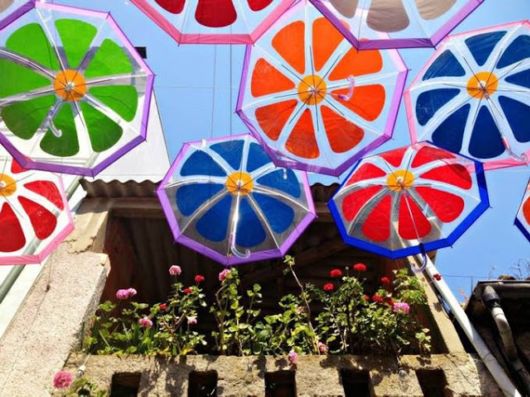 Looks like they’ve done it again! The city of Agueda, Portugal has once again decorated some of their streets with colorful canopies of umbrellas! Flickr photographer Patrícia Almeida took these great shots of them last year, which went viral. The installation was part of an art festival called Agitagueda. Portuguese design firm Studio Ivotavares had created the cheery installation to turn traditional shopping streets into an engaging visual experience. 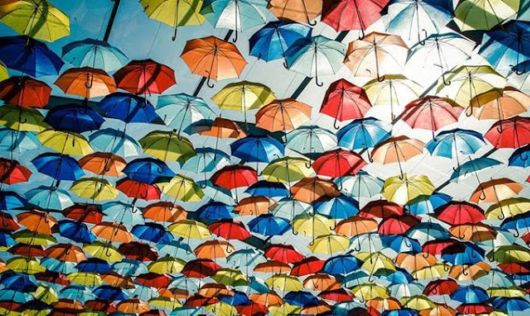 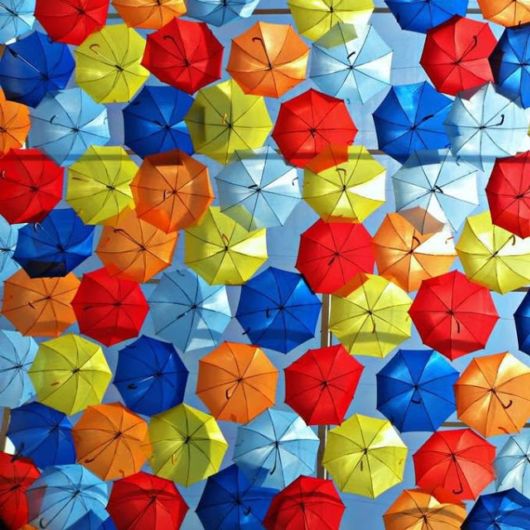 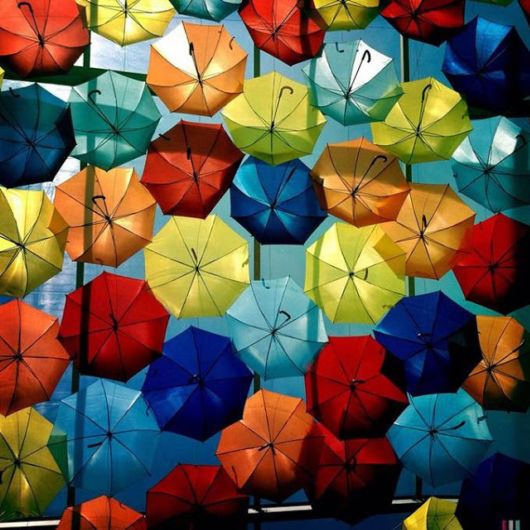 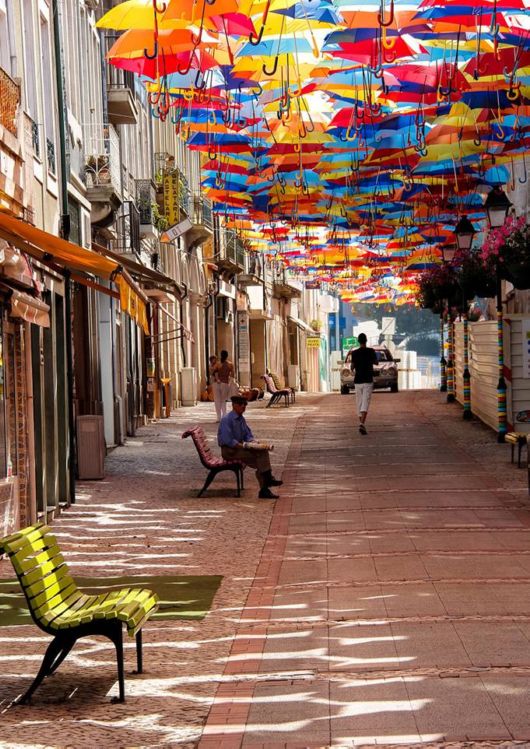