With its colourful depiction of trees, flowers, birds and animals, it’s certainly an unusual way to brighten up an otherwise drab block of flats.
And this vivid mural could well be the biggest of its kind in the world, covering an impressive 20,000 square metres of Berlin wall.
Created by French company CitéCréation, the mural features birds, bears and even imaginary residents interacting with the painted wildlife that adorns the Wohngenossenschaft Soldaritaet Coop apartments in the German capital. 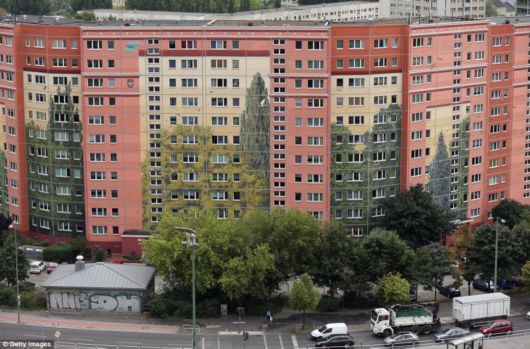 Impressive: Cars drive past the Wohngenossenschaft Soldaritaet coop apartment buildings that are decorated with a 22,000 square metre mural 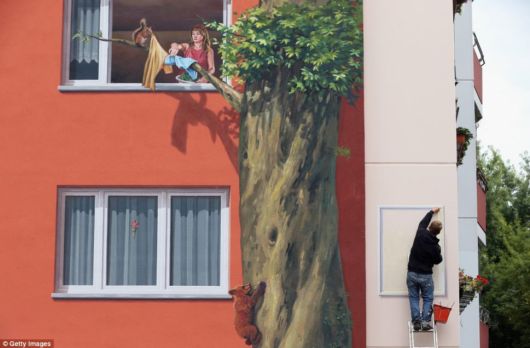 Nearly finished: Painter Steve Rolle paints the final element next to a trompe l’oeil depicting a woman and a squirrel at a window 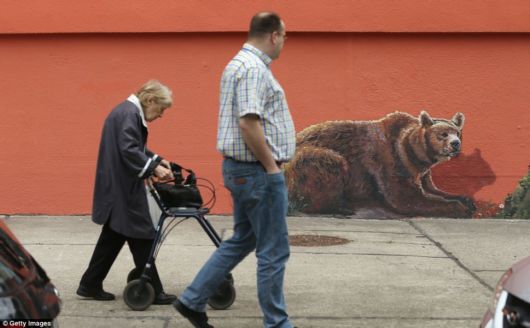 Lifelike: People walk past a vivid image of a bear painted on the building. The mural was inspired by a nearby zoo 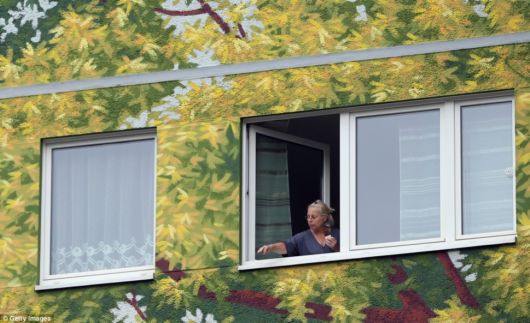 Going for glory: The creators of the mural have applied to the Guinness Book of World Records in the hope that their work will be recognised as the largest outdoor mural in the world The impressive work, which the Lyon-based company describes as a trompe-l’oeil, or urban design, was inspired by a nearby zoo.
CitéCréation, which employs around 80 artists at its offices worldwide, has created almost 600 ‘monumental frescoes’ in cities across the globe.
Art enthusiasts can see creations by the firm in Paris, Lisbon, Jerusalem, Yokohama and Quebic among other places.

Every type of building from municipal housing, derelict factories and even an oil refinery have been given a new lease of life by the team.
The company even has another beautiful creation across Berlin – the Fresques Flower Tower makes another block of apartments look far more attractive than they might have done. 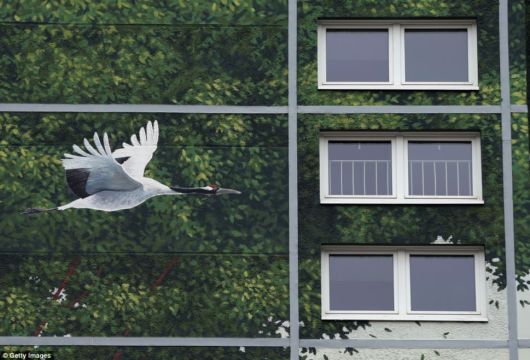 Back to nature: The impressive mural, which features a variety of different birds, was finally finished in August after months of hard work 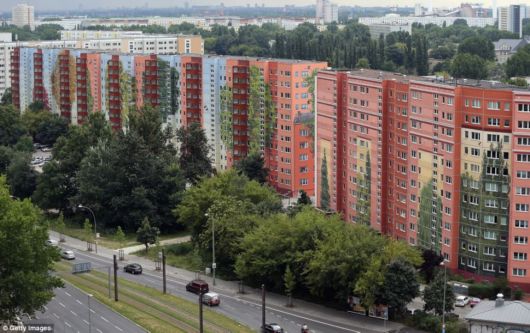 Bright: The colourful mural, which almost covers an entire Berlin street, really stands out among other surrounding buildings in the city skyline 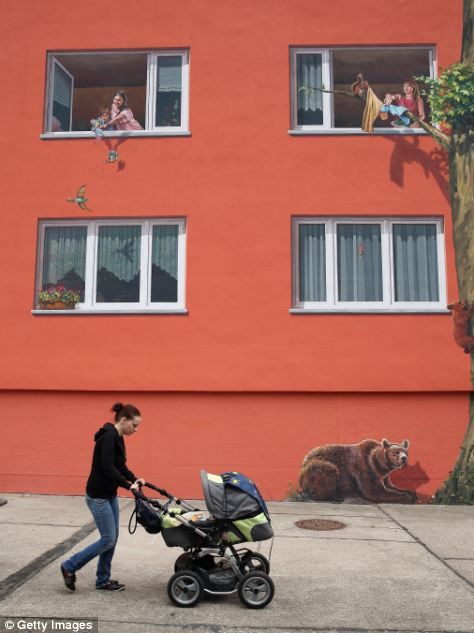 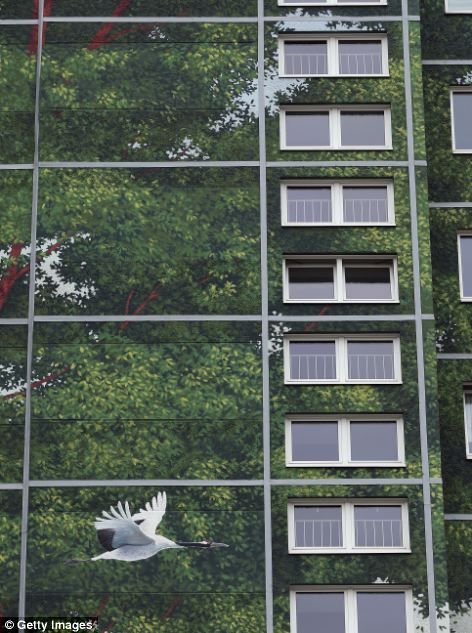 Big business: CitéCréation, which employs around 80 artists at its offices worldwide, has created almost 600 ‘monumental frescoes’ in cities across the globe Employees hope that the fruits of their labour will find its way into the record books – they have applied to the Guinness Book of World Records in the hope that their work might be recognised as the largest mural on an inhabited building on the planet.
The record for the world’s largest outdoor mural is currently held by the Pueblo Levee Project in Pueblo, Colorado.
That mural has seen thousands of artists contribute their work since the 1970s depicting everything from the History of Women to Andy Warhol replicas.
It costs nothing to add your own bit to that mural and currently only recycled paint is allowed to be used. 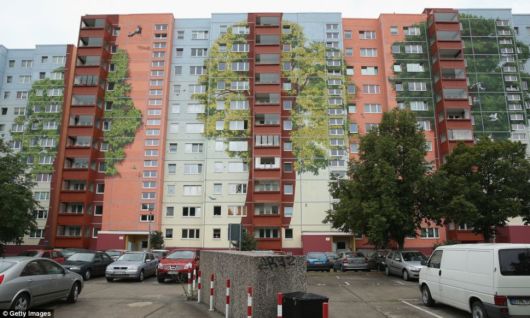 Grand designs: The Lyon-based company describes its work as a trompe-l’oeil, or urban design 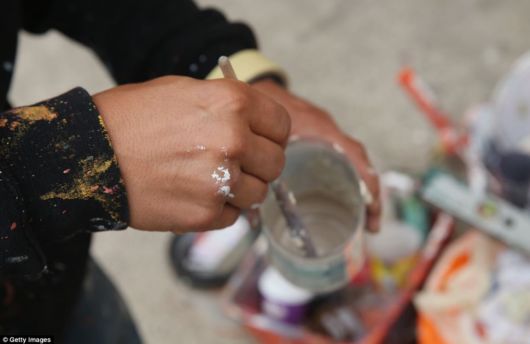 Work in progress: Artist Steve Rolle prepares paints for the final element on the building’s facade 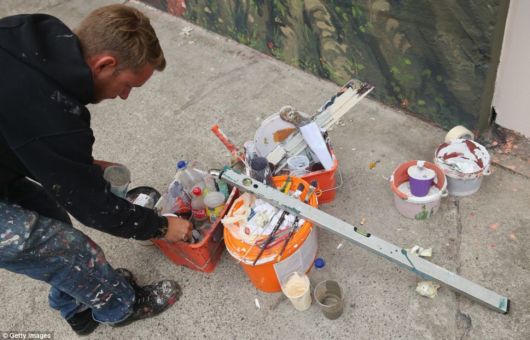 Among good company: Steve Rolle is one of 80 artists employed by the company worldwide 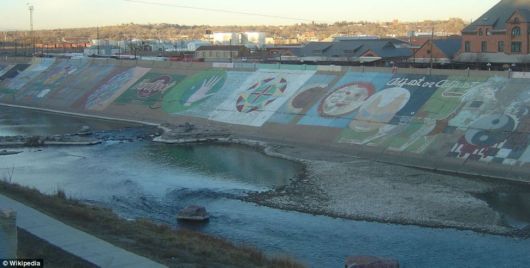