Polish sculptor Ma?gorzata Chodakowska creates unusual statues, which bring water and bronze together to form spectacular fountains. Initially, she carves the statue from a large oak trunk, forming the general shape she wishes to create. As Ma?gorzata carves away layer by layer, the large pieces of wood transform into magnificent statues. But, she doesn’t just stop there… 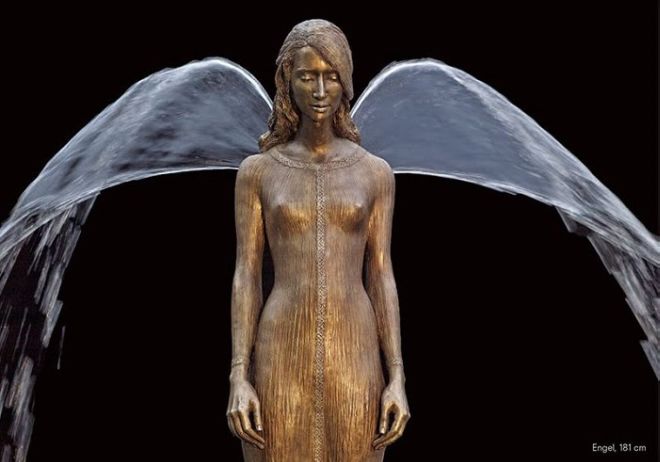 To create a fountain, the statues are then hollowed out and plated with bronze. Next, Ma?gorzata forms small holes in the statue where the water will come out of, bringing life to the frozen figures. When the statue is connected to a water jet, a bronze angel suddenly gets its wings, and a little ballerina unexpectedly wears a tutu. 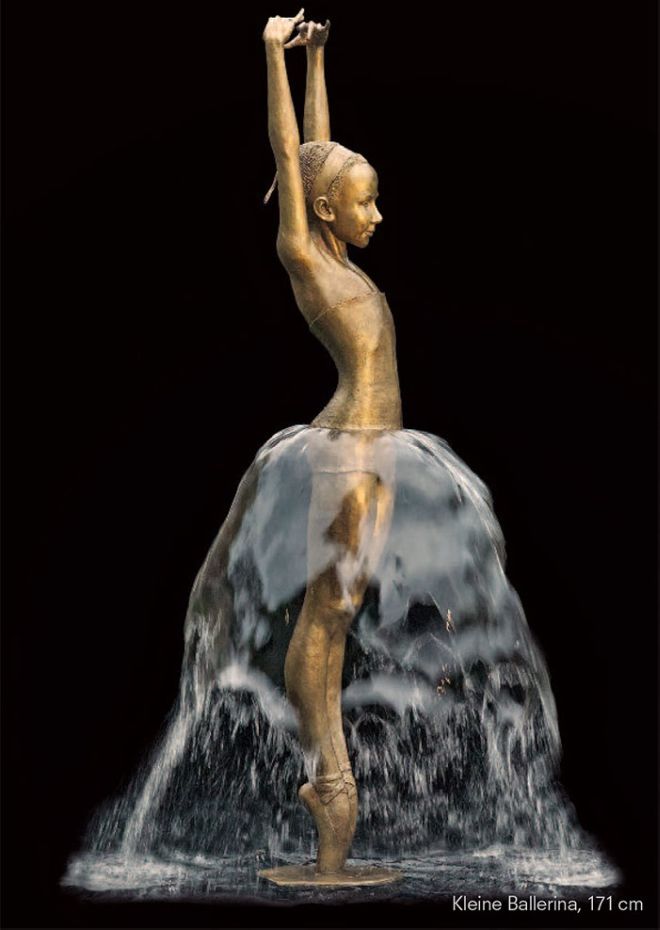 A series of statues called “Primavera” turn the depicted women’s already-long hair, longer, thanks to marvelous streams of water, and a small paper boat suddenly rides a geyser over a small pool. 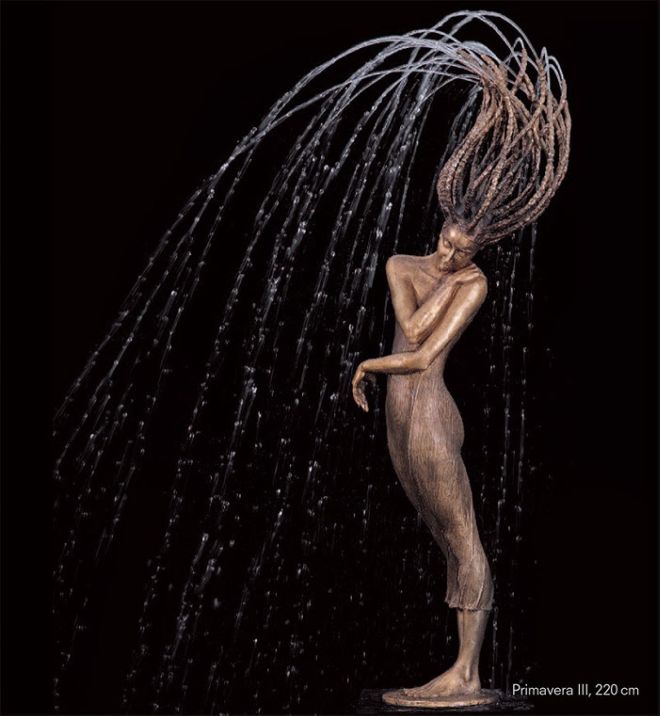 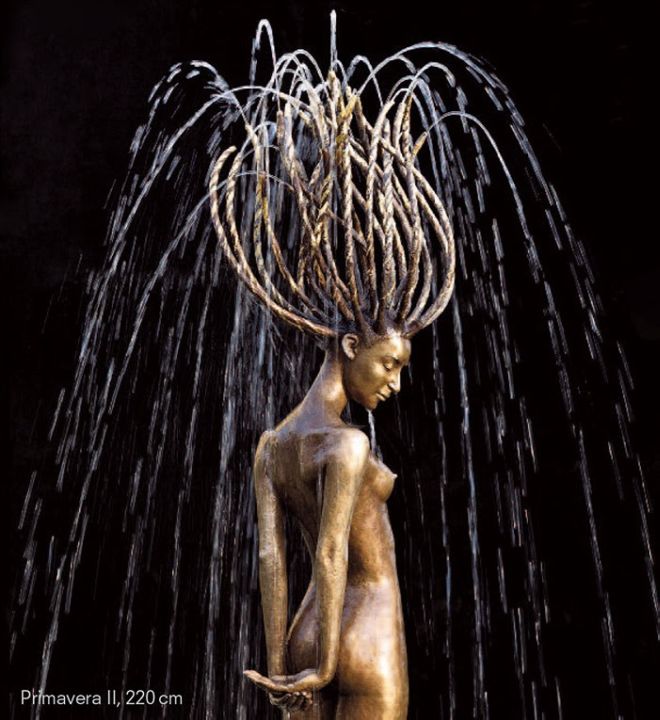 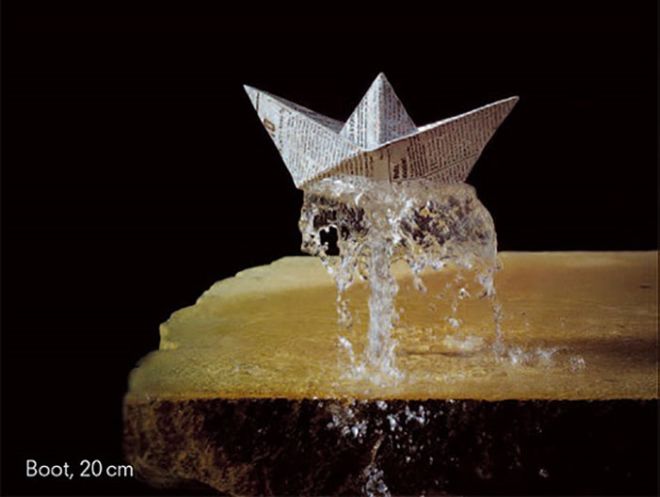