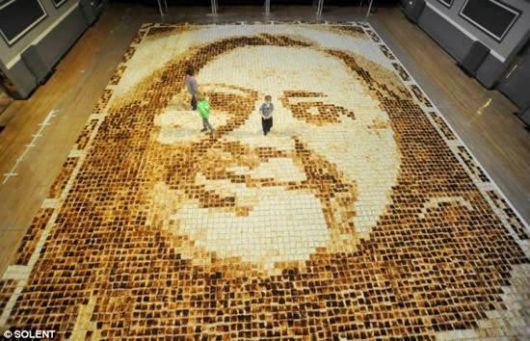 WorldÆs Largest Toast Portrait Is Best Birthday Card Ever ? Trying to come up with an original birthday present for mother in law, a museum curator managed to set a new world record for the world?s largest toast mosaic. 27-year-old Laura Hadland, a museum curator from Leicester, wanted to offer her mother-in-law a really special gift, on her 50th birthday. Together with 40 friends and volunteers, Laura spent six hours toasting thousands of bread slices and arranging them into an amazing mosaic of the woman she calls not only a great mother-in-law, but also one of her best friends. 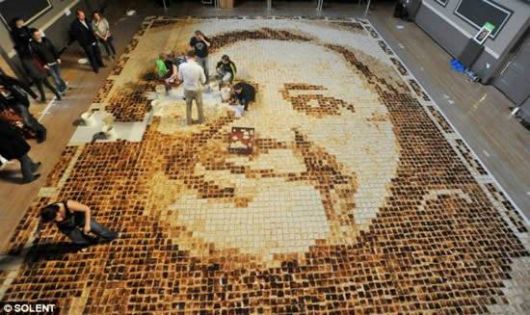 The world?s largest toast mosaic was created using a set of ten bread toasters and measures 32 feet 8 inches by 42 feet 3 inches. Its made up of 9,852 slices toasted to varying degrees of brown, which add up to about 600 bread loafs. 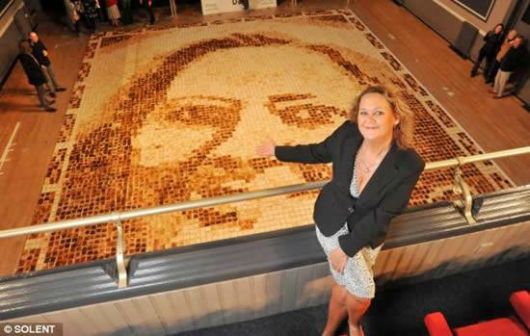 As a museum curator, Laura Hadland has had plenty of experience working with ancient Roman mosaics, and admits she was thrilled to create a modern mosaic out of her favorite food. Her mother-in-law says it?s a bit weird seeing her face recreated from pieces of toast, but at the same time very flattering. 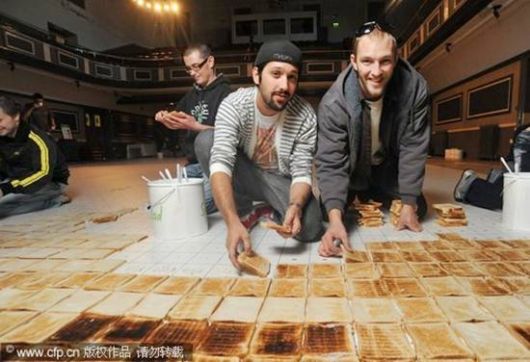