These photos of newborn infants by photographer Christian Berthelot taken mere seconds after their C-section deliveries may be difficult for some of our readers to look at, but that’s the point. His “Cesar” photo series shows us a raw and unflinching image of childbirth, discarding the usual blankets and ribbons for the blood and vernix that accompanied all of us when we were born.

“When I saw [my son] for the first time, he was bloodied and covered in this white substance called vernix,” Berthelot told Huffpost “He was like a warrior who has just won his first battle, like an angel out of darkness.” It is from this perspective that his photos, while difficult to look at, gain a deeper and more beautiful meaning.

Fore more details about this gripping photo series, read on between the images. 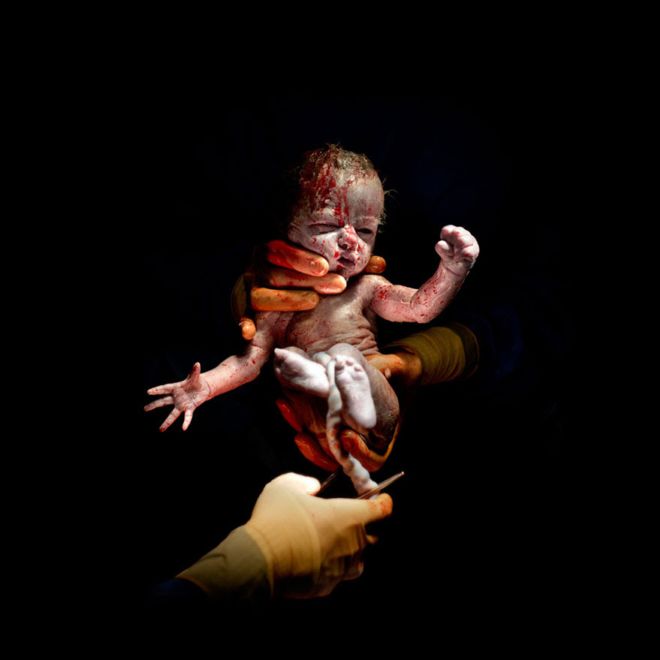 Christian Berthelot’s interest in childbirth photography grew after he witnessed the birth of his own son. 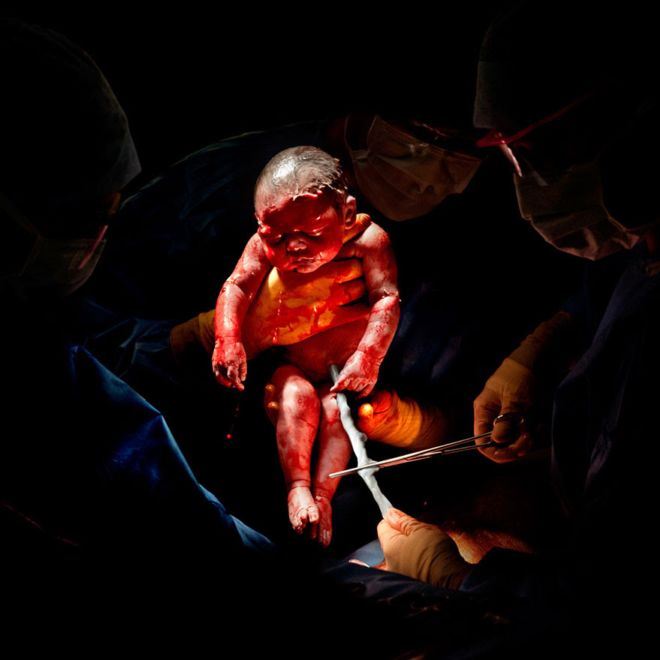 With the help of Jean-Francois Morievnal, a doctor at the hospital where his son was born, he began the training required to allow him to take photos in the operating room. 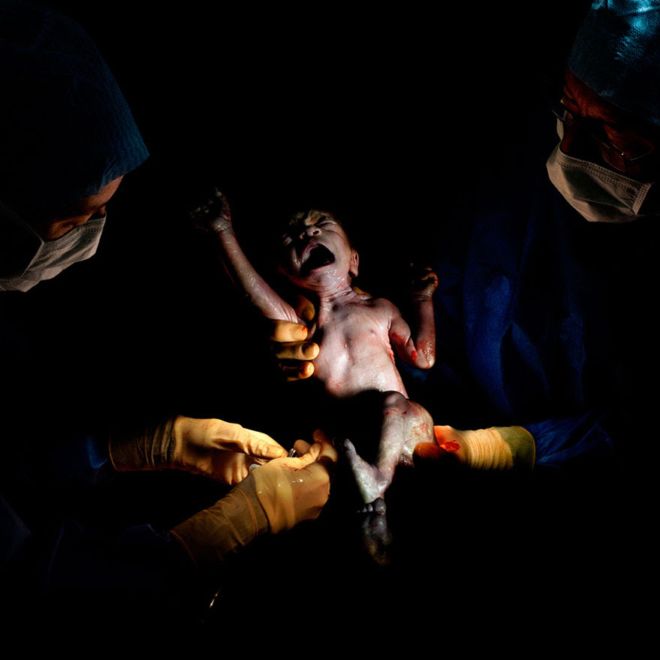 Only after 6 months of training did he start looking for expectant mothers who would allow him to photograph the birth of their children. 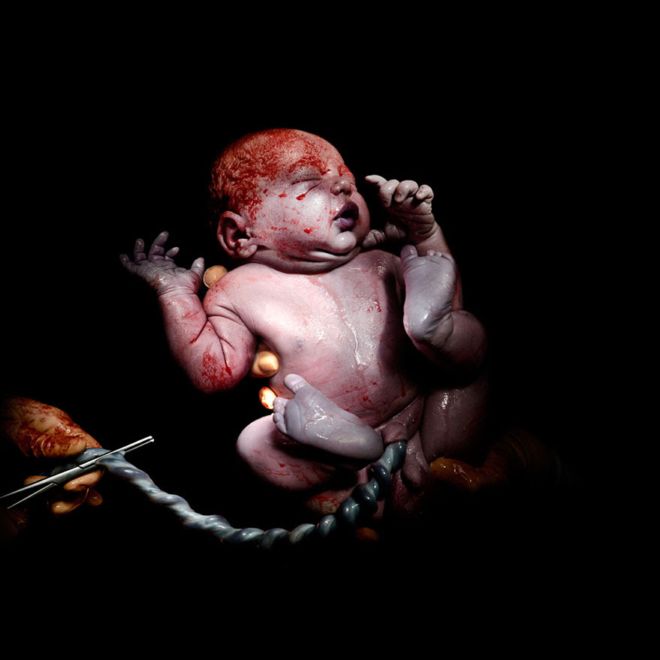 To date, Berthelot and Morievnal have photographer 40 C-section deliveries 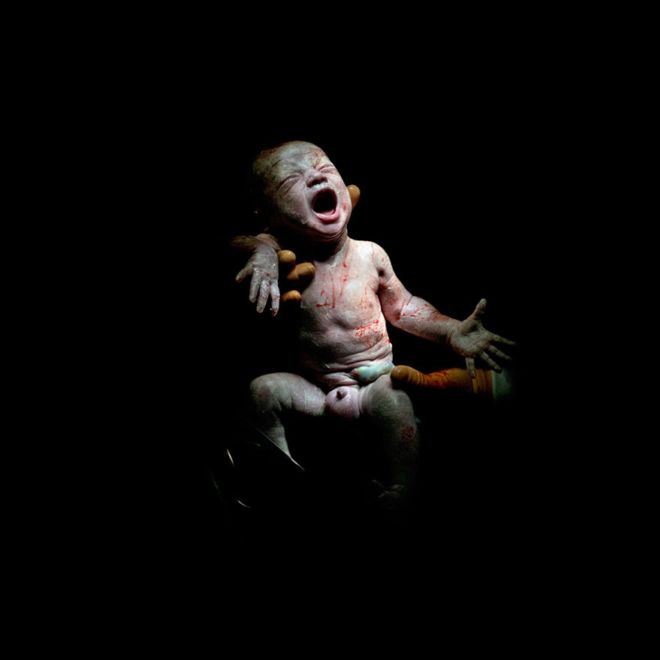 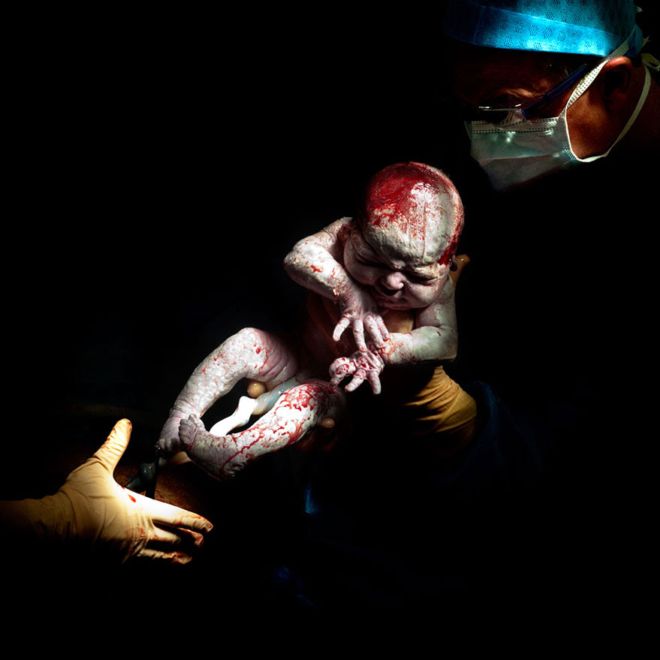