Lucy Ray, 33, from Greenwich was a news photographer for 10 years Left to start own underwater photography business

When we get to adulthood we have a tendency to hold our noses, cover our eyes with goggles and plug our ears when we go underwater.
But it’s a different story for babies. They have a gag reflex, and being submerged reminds them of being in the womb, meaning when they go under water they look utterly at peace.
‘Up to around six months they have a gag reflex which means they hold their breath automatically,’ says underwater photographer Lucy Ray. 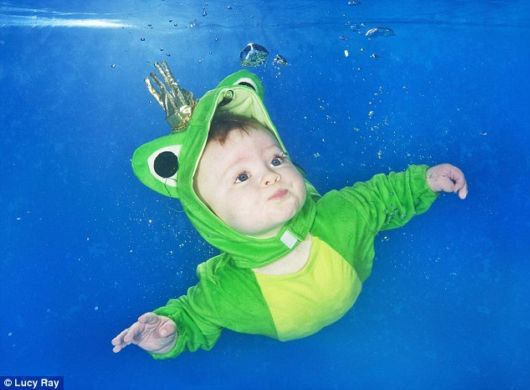 Underwater photographer Lucy Ray, 33, from Greenwich, was a Fleet Street news photographer before embarking on her new career taking photos of children swimming 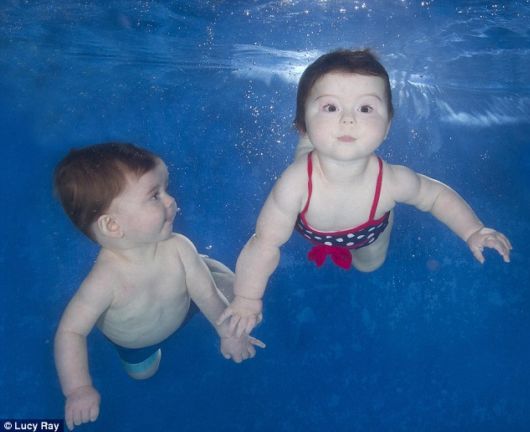 The baby is submerged, let go for a second while Lucy takes the photos then brought straight back up 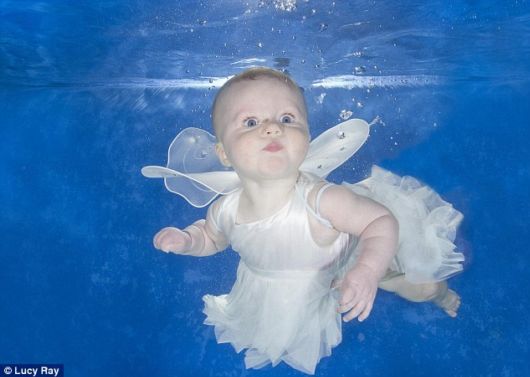 Lucy first started to dabble with underwater photography at University when she learned to scuba dive Lucy, 33, who founded her brand new company Starfish Underwater Photography, takes pictures of the confident waterbabies, capturing a brief moment as they explore an underwater world.
The babies have been attending swimming lessons for a while before the shoot in order to get comfortable with swimming and being submerged.

‘At the shoot, the parents says the baby’s name, then says ‘ready, swim!’ and then the baby is submerged,’ says Lucy.
‘They are let go for a couple of seconds while I take the photos then brought straight back up.’
‘It doesn’t give me very long to take the pictures but I only need a few seconds as my camera can take six frames per second.’ 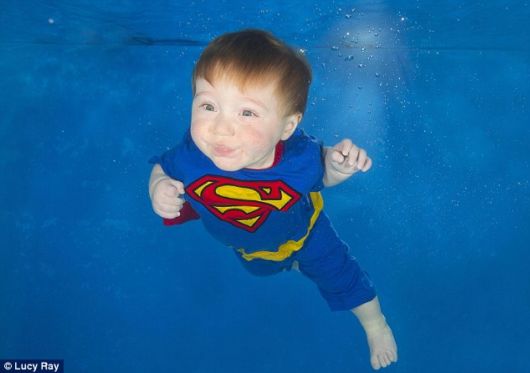 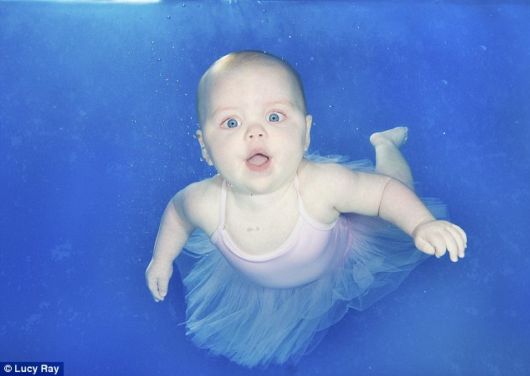 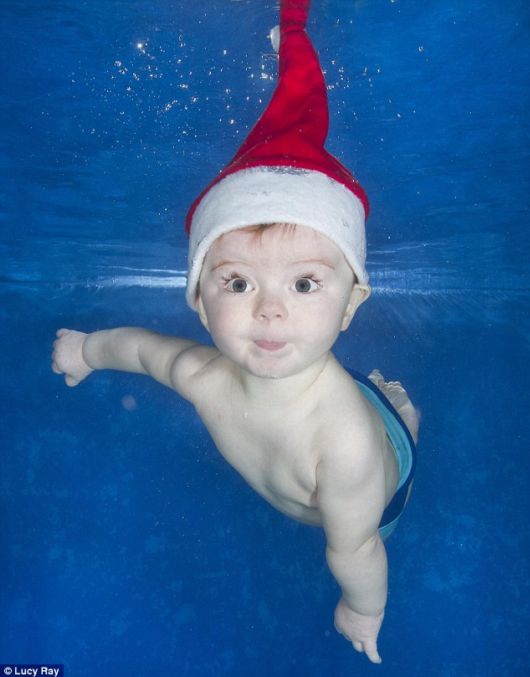 Lucy takes the pictures very quickly, she only needs a few seconds as her camera takes 6 frames per second ‘I ask that babies have done a term of baby swimming lessons that include submersions.
‘This means they gradually over a few months, build up to going under the water. It starts with splashing on the head, then face, and builds up to a full submersion.
‘So in reality the babies aren’t underwater for very long at all. It just looks that way as we freeze that split second in time.
Lucy, from Greenwich, London, first started to dabble with underwater photography at University when she learned to scuba dive.
‘I have continued experimenting with it for over a decade and have invested heavily in the equipment. My previous work is in stark contrast to the underwater portraiture.’
Lucy, who now travels across the UK, including Milton Keynes, Nottingham, Leeds, Maidstone to carry out her underwater snaps, worked as a news photographer for more than a decade.
‘It often involved waiting outside in the cold, whereas baby swimming pools are kept at a nice warm 30 degrees,’ she says. 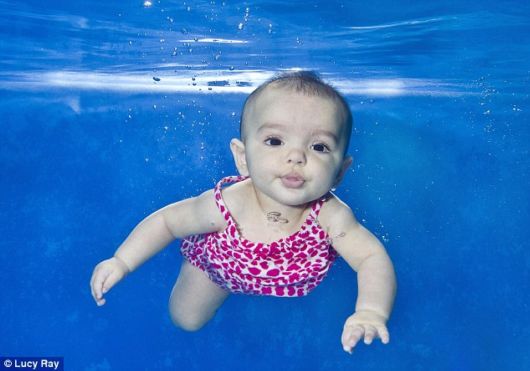 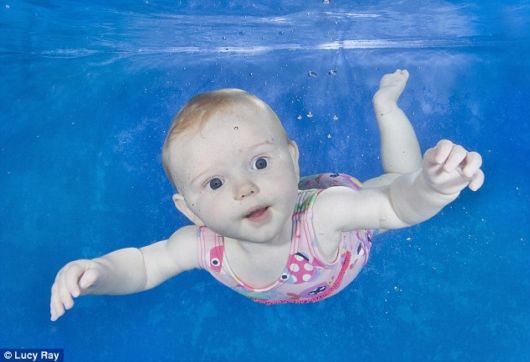 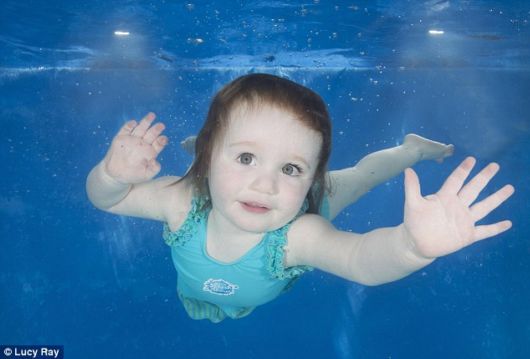 She just decided to take the plunge and see what happens if she devotes all her efforts to a business ‘Also, a lot of the time in news photography, you have to photograph people who don’t want their picture taking, like people leaving court, but the babies don’t complain, mostly.
‘I will certainly miss the adrenaline rush of news photography: getting a call telling you to catch the next flight to Budapest, or get to the hospital, The Dutchess of Cambridge is in labour!
‘But I love the creativity of underwater photography and the unusual images you can capture.’
‘I’ve always had an entrepreneurial streak but having worked full time for newspapers my entire working life I haven’t had the time to pursue any of my ideas fully.
‘I’ve had a few failed businesses that I ran on the side such as strawberry wine, painted glass and ceramic gargoyles. The underwater photography seems quite sensible in comparison. I just decided to take the plunge and see what happens if I devote all my efforts to a business.
‘It feels like every picture you can conceive on land has already been taken, because photography is so popular now, but with underwater, it’s a whole new angle.
‘I trained to be a baby and pre-school swimming teacher too so I can teach the babies to swim myself as safety is very important. So this really is quite a career change.
‘I’m not a mum yet myself but if I have one, it’s sure to be the most photographed swimming baby around.’
Prices start at £30 for half an hour in the pool with up to five other children. Customers get free use of costumes provided and up to six submersions.
Pictures are then paid for separately if they choose to buy any, starting at £30.