Today, the streets of many cities are so loaded in the workplace, which, at times, could not find a place to park even a small motor scooter, to say nothing about the car. This problem is solved by the advent of the compact folding scooter Moveo, which you can take with you to the office or home. 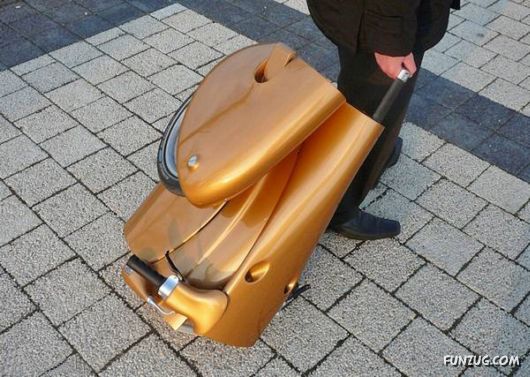 Scooter – this is a very popular form of private vehicles in any large modern city, because it is economical, portable and compact. But the new rage, it seems, is a special version of the transport – a folding scooter. 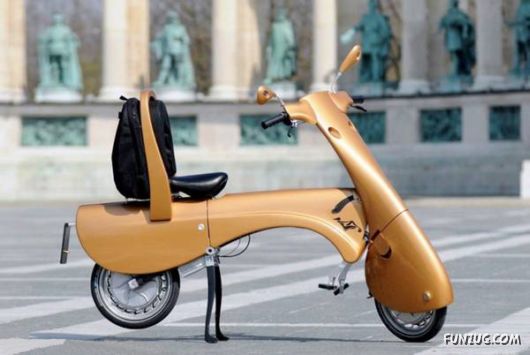 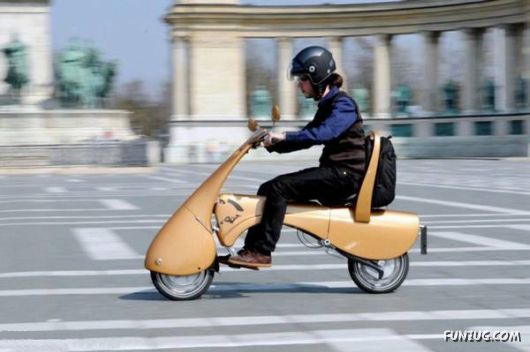 Anyway, in the past few years, was released several of its variants, for example, Honda Motor Compo, Boxycle or Moveo. Here is the last and will be discussed today. 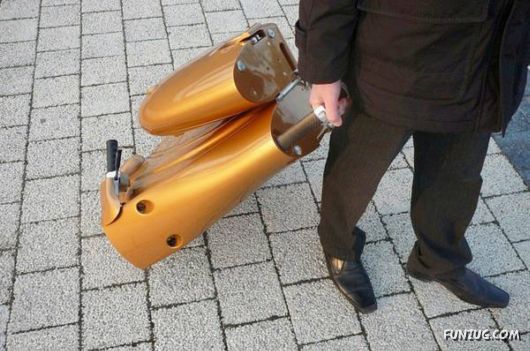 Moveo – is ideal personal transport for city residents who work in the center of a metropolis. Its capacity would be enough to get out of the house in the morning to work, and in the evening – on the contrary. However, they also will be in a much better position than motorists, forced to stand in traffic and find a parking space for your car.