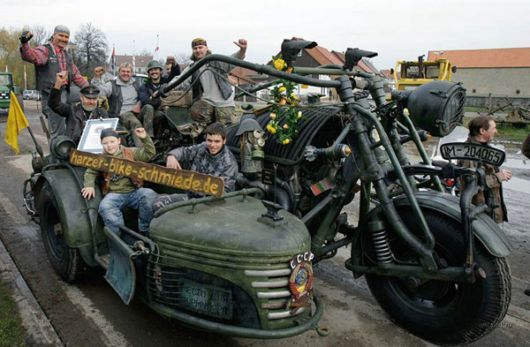 A group of enthusiasts headed by Tilo Niebel of the East German village of Zillah has shown his motorbike monster assembled by hand. Monster weighing nearly five tons and a length of five and a half meters, is equipped with an engine from the Soviet tanks T55 power of 800 hp!Officials from the Guinness World Book of Records recorded the weight of the motorcycle-4740 kilogram. Tilo Niebel made this bike, using shell Soviet car and the engine from a Russian tank T55
To control the giant biker need to learn to use the two-meter drive. The vehicle engine installed by Soviet tanks T-55 with capacity of 800 horsepower. The frame, springs, suspension ? all the details collected from military scrap. Where did they get the engine from a Soviet tank, the makers say have refused, but said that it was new, 1986 model year. 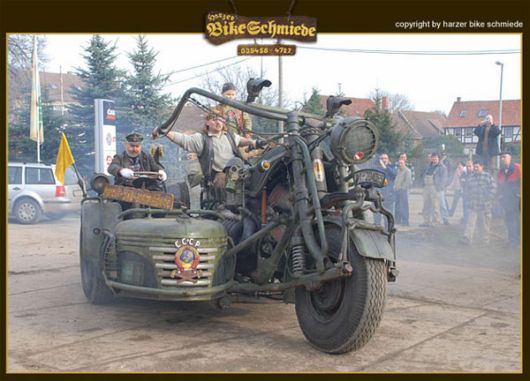 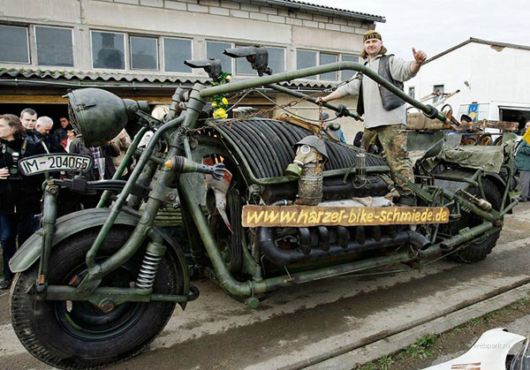 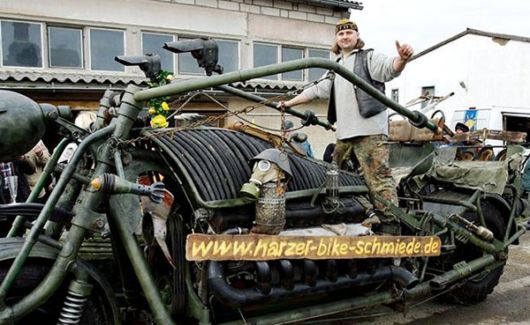 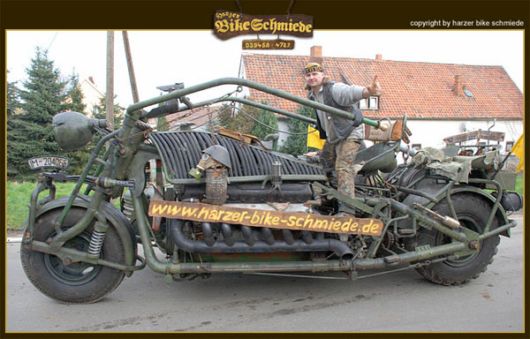 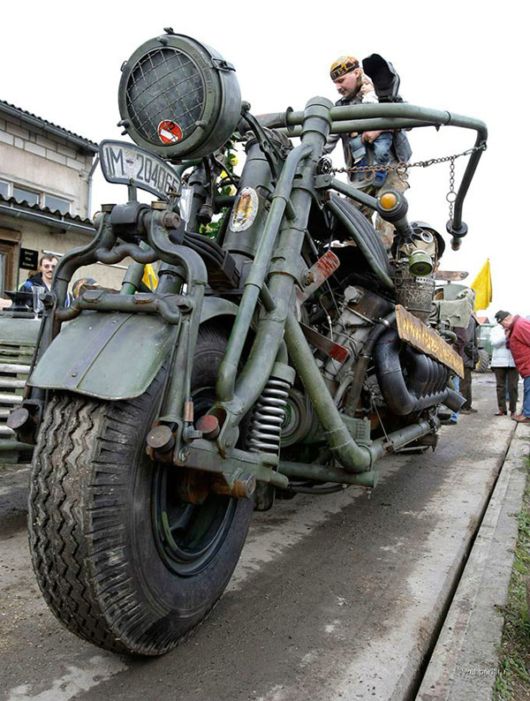