Freestyle motocross, a relatively new sport, does not involve racing and instead concentrates on performing acrobatic stunts while jumping motocross bikes. The winner is chosen by a group of judges. The riders are scored on style, level of trick difficulty, best use of the course, and frequently crowd reactions as well. 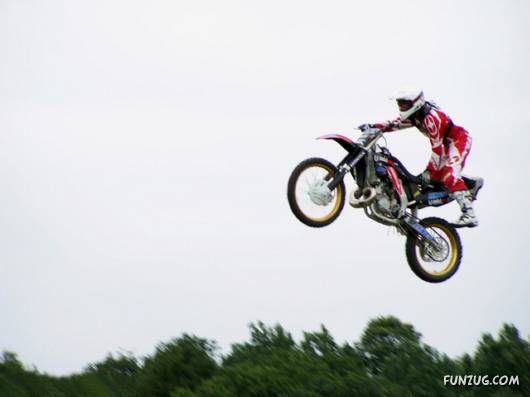 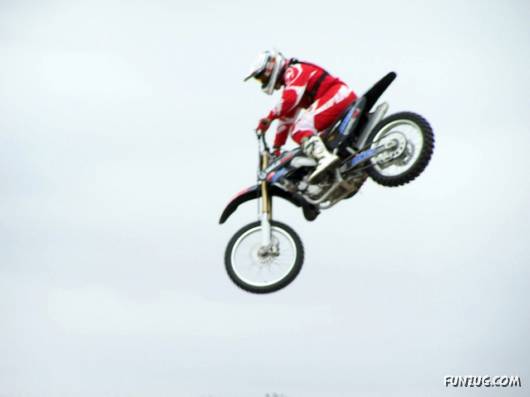 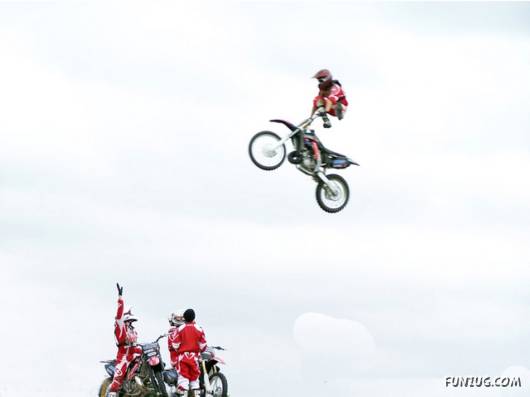 One stunt performed is the back flip, which was first attempted in competition by Javi Perez. Soon after this, Mike Metzger succesfully completed this stunt in competition, using a standard freestyle ramp and dirt landing. 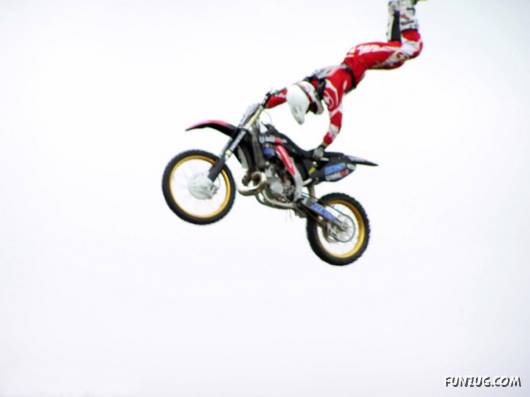 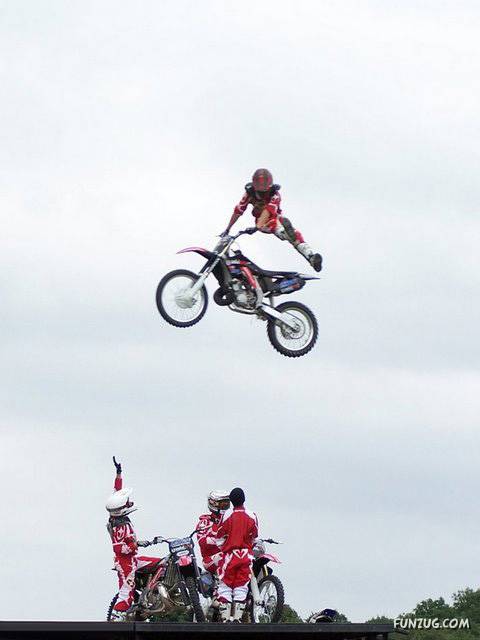 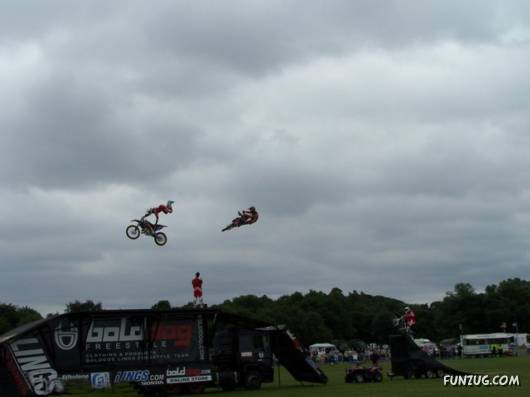 More recently Mike Metzger actually did a Back flip over the Caesars Palace Fountains. Some consider the body varial 360 as the most difficult stunt being performed at this time. This stunt, also called the Carolla, was first performed by Chuck Carothers at the 2004 X Games. Prior to this, the backflip 360, or off-axis back flip, was widely considered the most challenging stunt. 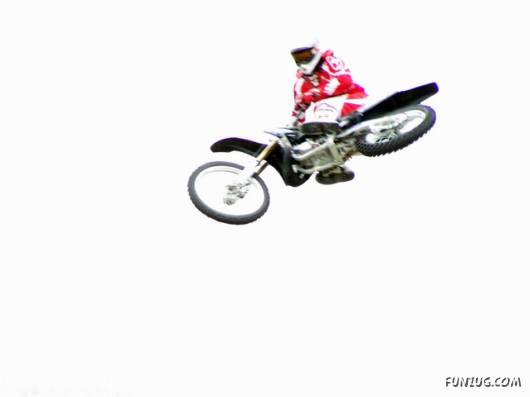 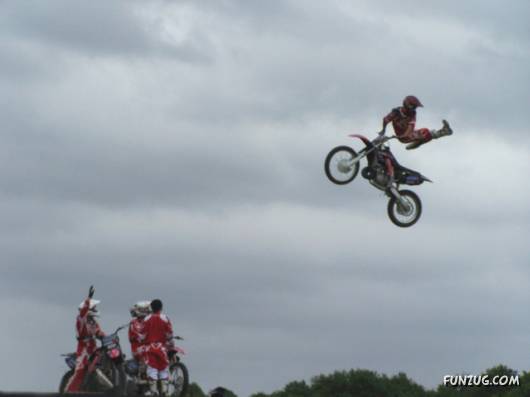 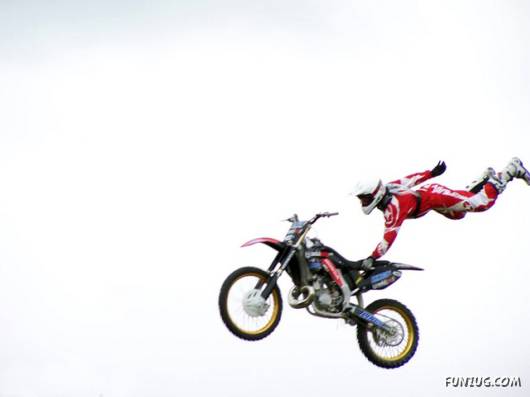 Another rider taking freestyle to a new level is Travis Pastrana. At the 2006 X Games, Travis Pastrana performed the world’s first double back flip (in competition). It earned him the 2006 Freestyle Gold Medal. 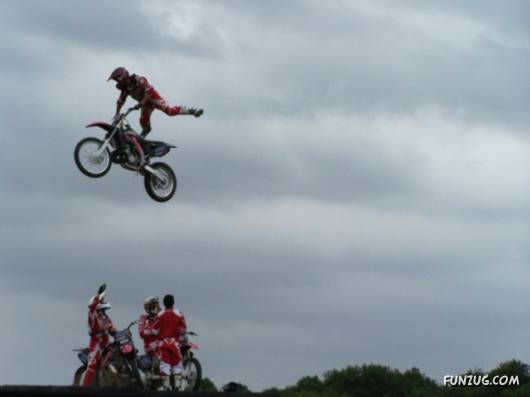 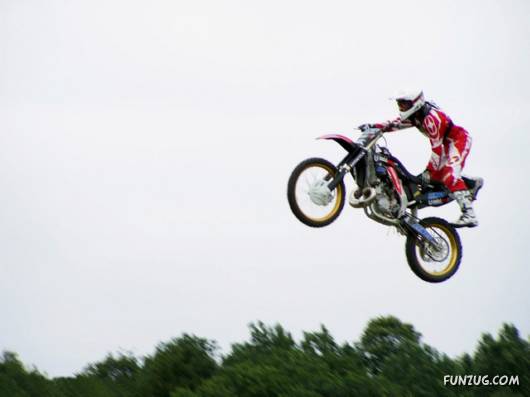 The double backflip is currently considered the most difficult freestyle trick, although riders such as Travis Pastrana have been seen to be practicing a new trick the ‘barrel roll’ in where they roll the bike sideways in mid air. 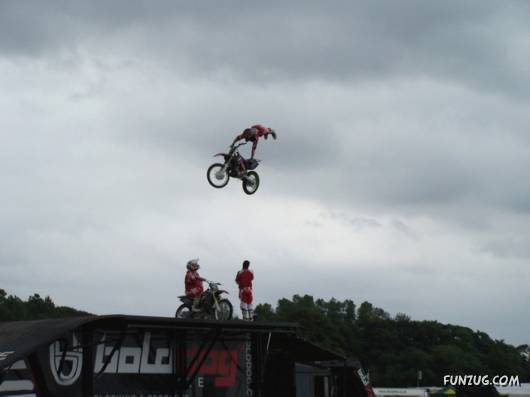 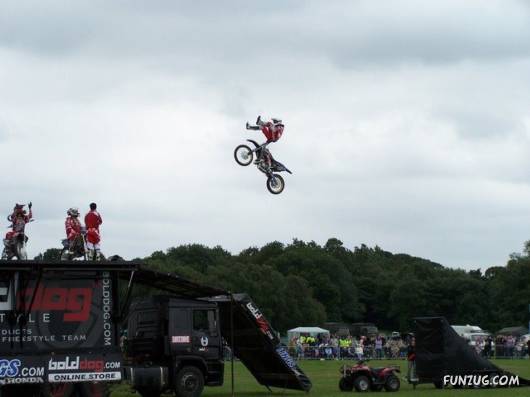 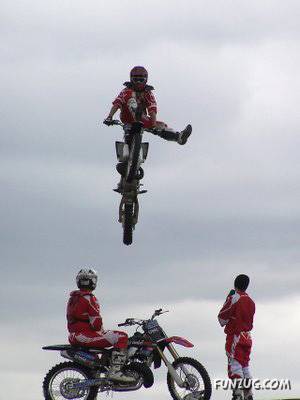