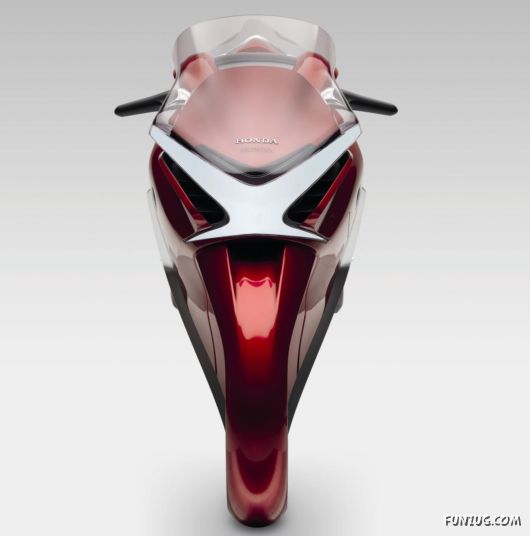 Honda has just pulled the covers off a radical new concept motorcycle at the Intermot show in Cologne, Germany. Technically, there isn’t much here that’s real, but there’s still plenty to dissect. Honda is obviously feverishly working on a new V4 engine and that will soon show up in a production bike. Rumor has it that the Japanese company is taking another look at oval pistons, which would allow for more valves and larger combustion chambers. Could this powerplant show up in a new Interceptor? While this is currently nothing more than a sculpture, so was the new VMax when Yamaha first showed that concept. Studying the lines a bit, we can tell that this wouldn’t likely be a race bike, but more likely a new street-going model. We also see hubless wheels, which would be an extremely far-out bit of tech if they were to make it into production. Is that possible? According to Honda, yes. Big Red is saying this design is a “new beginning” for the company and the direction that it’s headed, and that sounds awfully exciting. We’ll be watching. 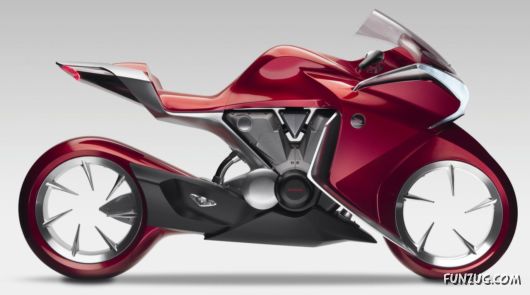 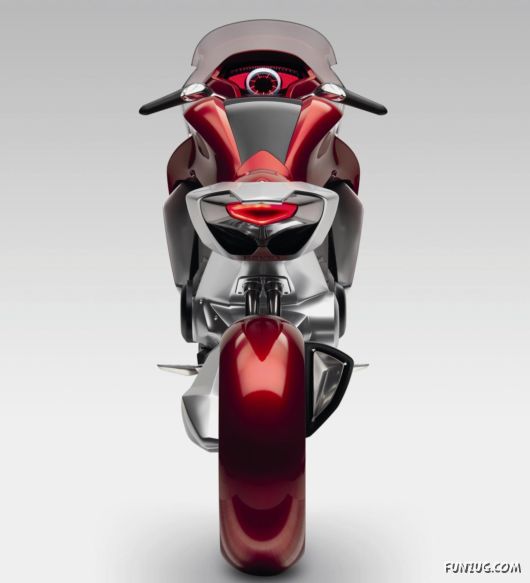 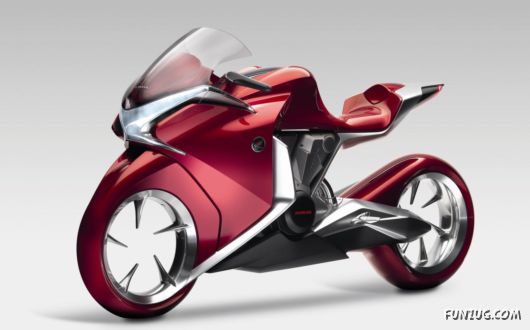 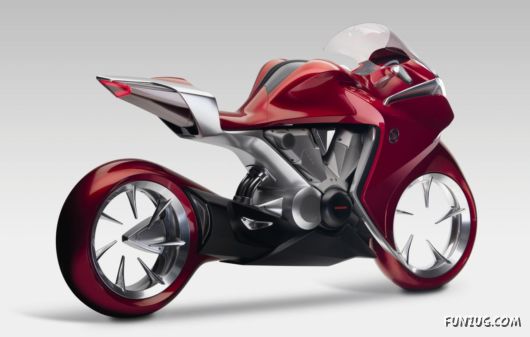 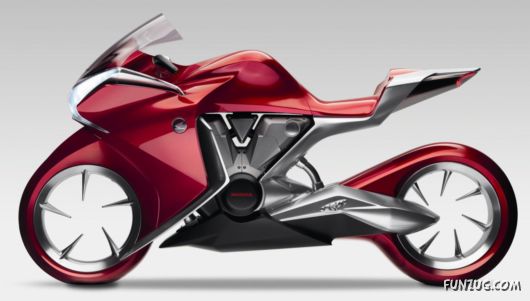 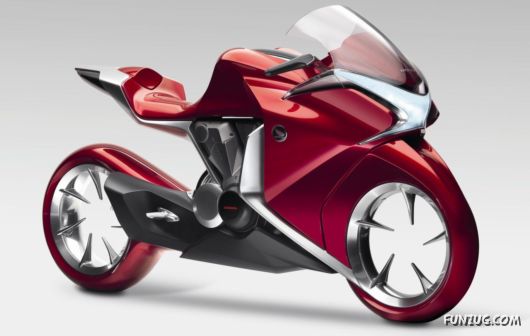 RESS RELEASE:
Cologne, Germany, October 7, 2008– Honda Motor Europe Ltd. exhibited the World Premiere V4 Concept Model at Intermot Cologne. The V4 Concept Model proposes a new, sensual design direction based on Honda’s trademark 4-cylinder V- engine. This year Honda celebrates its 60th anniversary as a company and next year the 50th anniversary of its participation in road racing, as well as the 30th anniversary of racing with an innovative 4-cylinder V-engine with oval pistons. Considering these milestones, Honda chose “The New Beginning” as its exhibition theme leading into 2009 and exhibited the V4 Concept Model which signifies the beginning of a new era. For Intermot, Honda collected and exhibited successive V4 race machines as well as mass-market motorcycle products which were developed by feeding back the technologies cultivated through participation in challenging race competition, enabling visitors to review the lineage of 30 years of V4 engine technologies and see how Honda will take motorcycling somewhere it has not been before. The exhibition also offers an easy-to-understand introduction to various challenges Honda has undertaken in order to create joy for its customers, by utilizing its technologies that have been continuously advanced through Honda’s 60-year history and by its participation in motorsports. Honda understands the global trend today that motorcycle users see increasing value in more emotional and sensual performance during the real world riding experience rather than absolute performance measured in numeric specifications. On another front, user friendly features that meet with human sensibilities are also becoming important along with safety and environmental features, especially in mature markets. Honda believes that the challenge to create attractive products with an increased focus on sensual performance will be the key for the future. At the same time, safety and environmental technologies as well as future energy technologies will continue to become an important theme for the development of motorcycle products. Moreover, in order to offer a comfortable life with motorcycles for a larger number of customers, Honda will put increased focus on the human-fitting match of rider and machine. Conceived around the trademark 4-cylinder V-engine, the V4 Concept Model expresses functional beauty as well as a more sensual image to appeal more to the emotions of people. Embodying Honda’s passion for motorcycle development, the V4 Concept Model expresses the unique characteristics of Honda for a new era. The V4 Concept Model mobilizes the driving forces of Honda – dreams, challenges, and creating new value. Honda positions this model as “the new beginning” of Honda’s motorcycles.