The Tomahawk is a Viper V-10 based motorcycle, a 500 horsepower engine with four wheels beneath it. The engine breathes through twin throttle bodies mounted right up front (the two round things above the front tires are). While the Tomahawk has the same number of tires as a car, it keeps the motorcycle form factor otherwise.

Chrysler sold nine replicas through Neiman Marcus, for $555,000 each. The motorcycles cannot be driven on public roads. A spokesman told Reuters they were meant as rolling sculptures, presumably to avoid legal liability. They are driveable – just not (legally) on public roads. 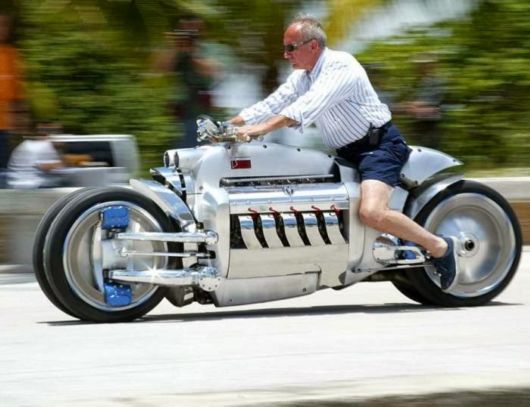 The rear wheel drive machine uses monocoque construction; the engine is a stressed member. The body is made of billet aluminum.

The Tomahawk concept is an awesome-sounding machine; we saw it started and revved. Clouds of blue smoke vied for attention with the throaty rumble of the mighty V-10, and hitting the gas visibly opened the twin throttle body blades up front where the headlight would normally be. Though deeper and more rumbling than most motorcycles, it did not seem to be louder overall – just deeper, with no shrill overtones. 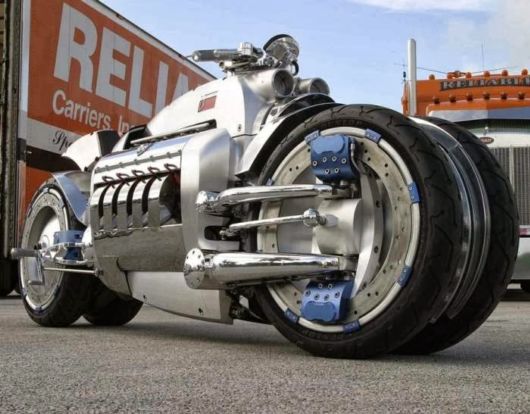 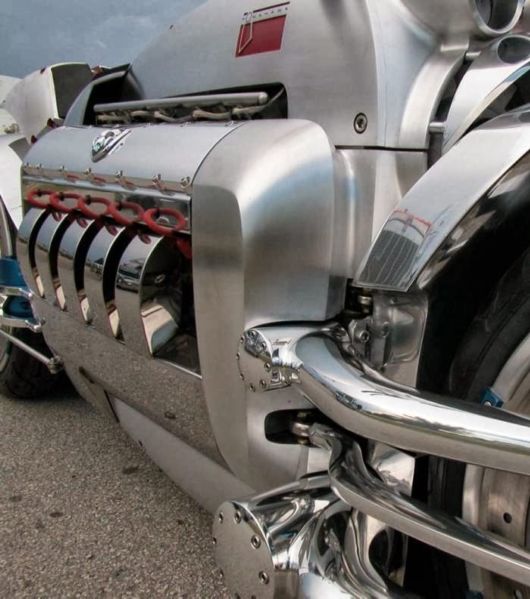 Wolfgang Bernhard, Chrysler’s first mate at the time, was said to be enthusiastic about that project, so much so that hundreds were projected to be built at under $200,000 each (probably below breakeven). They reportedly cost Chrysler over $100,000 to build (the work is outsourced), not including engineering costs.

The Dodge Tomahawk can reach 60 miles an hour in about 2.5 seconds, and has a theoretical top speed of nearly 400 mph. Each pair of wheels is separated by a few inches and each wheel has an independent suspension. Bernhard said four wheels were necessary to handle the power from the engine. 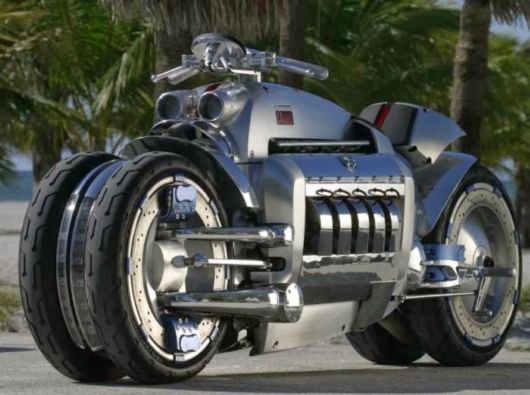 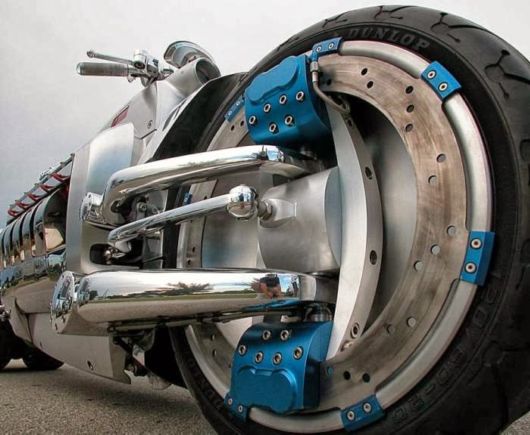 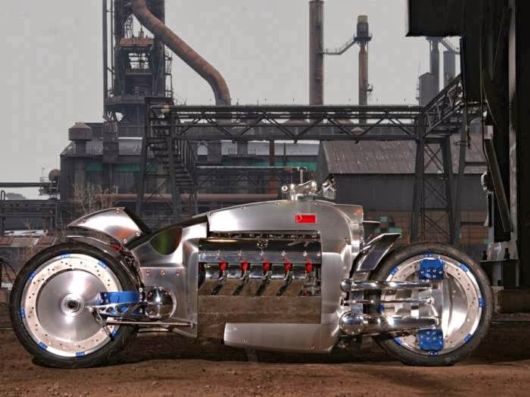 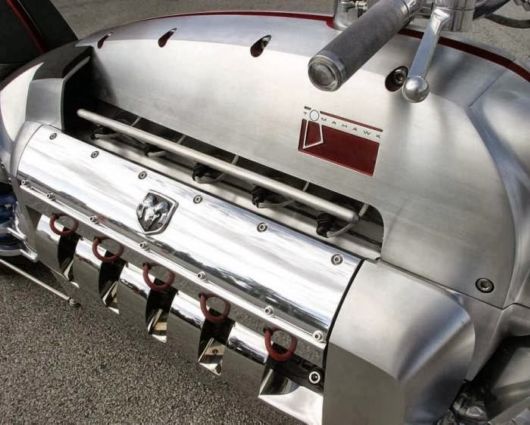 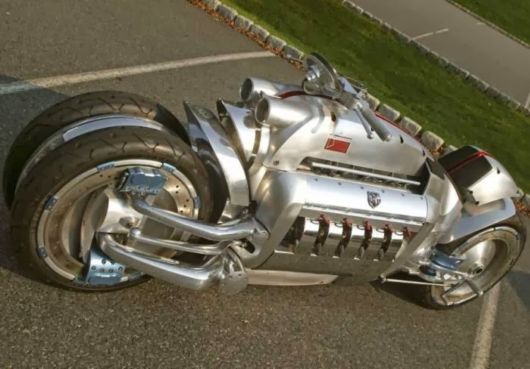 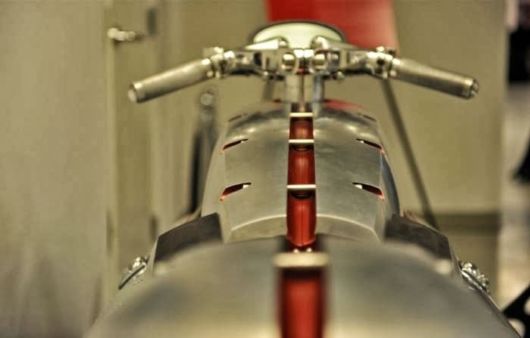 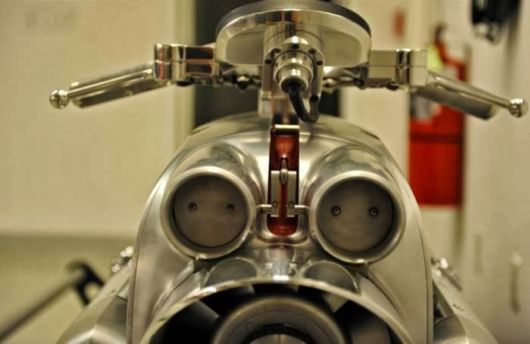 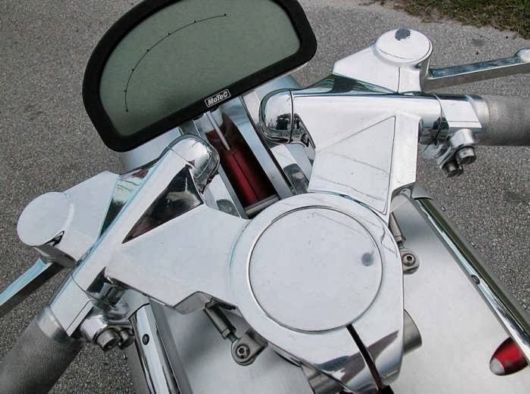 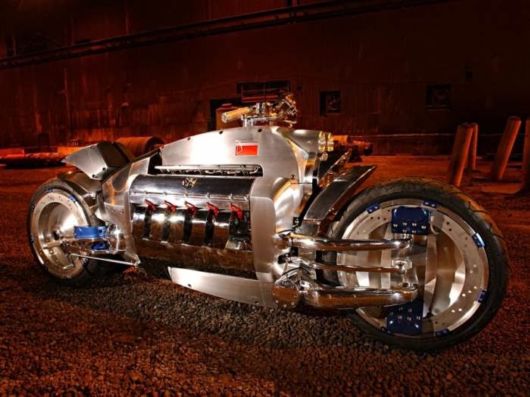 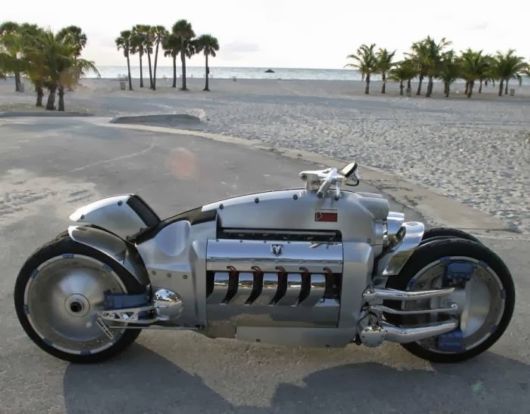 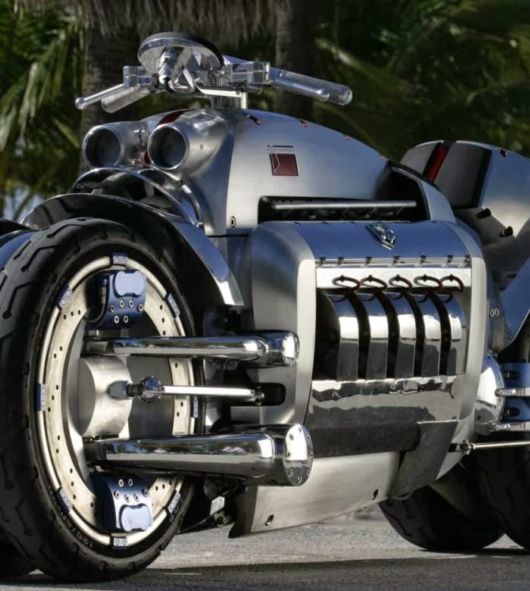 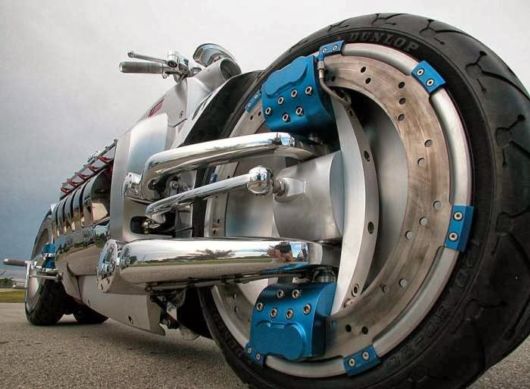 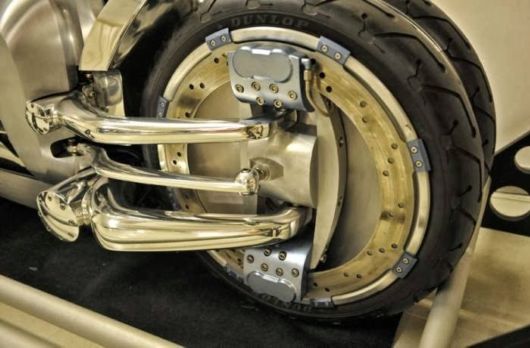 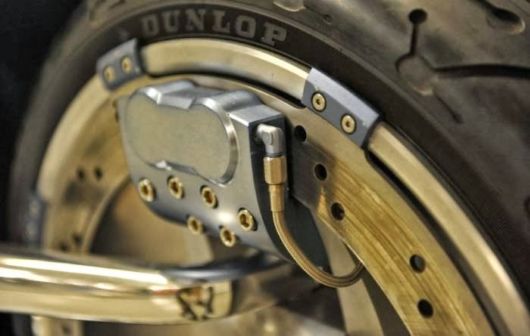 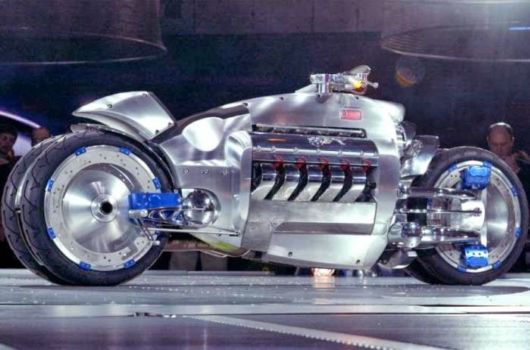 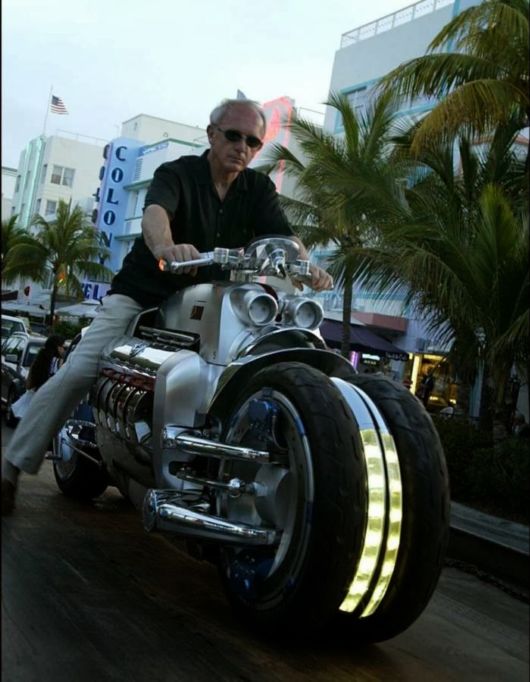 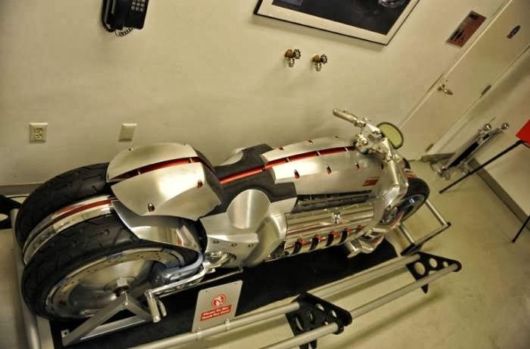 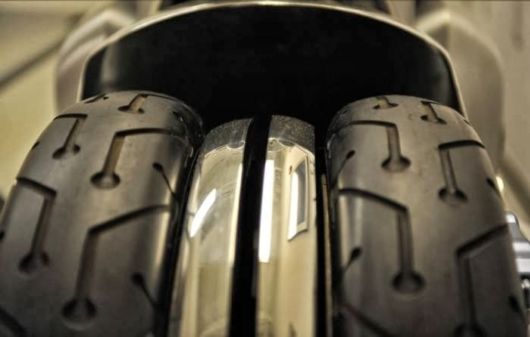 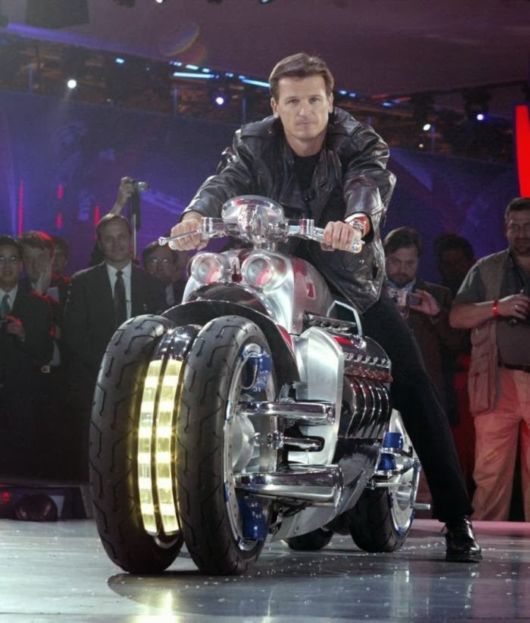 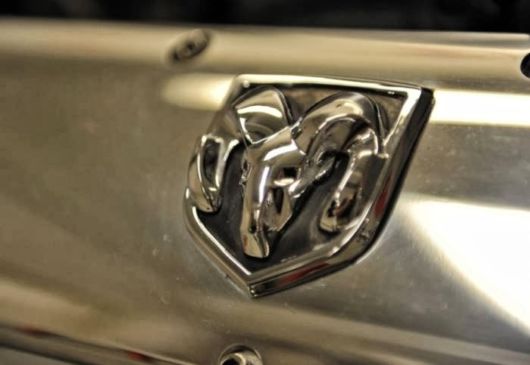 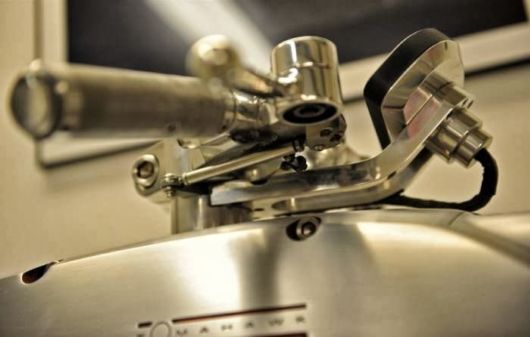 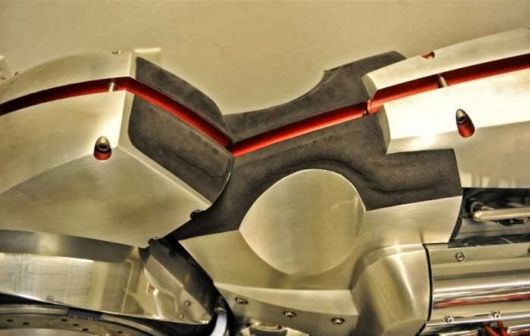 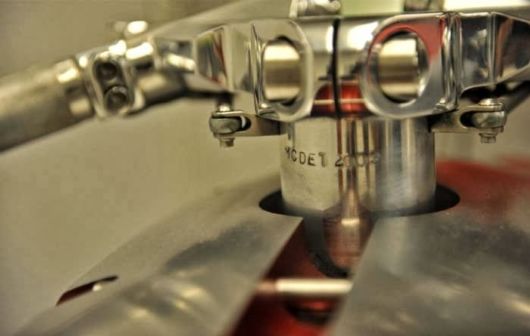 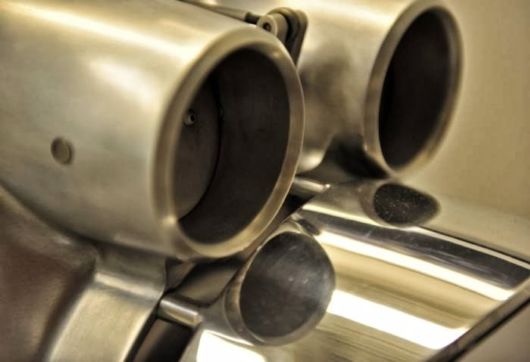 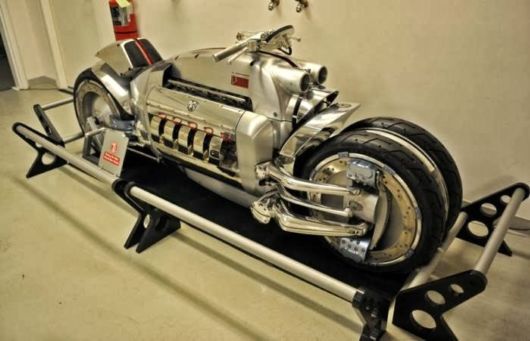 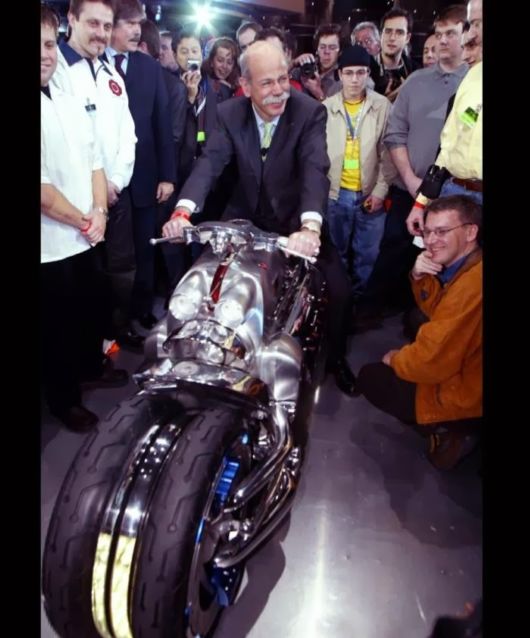