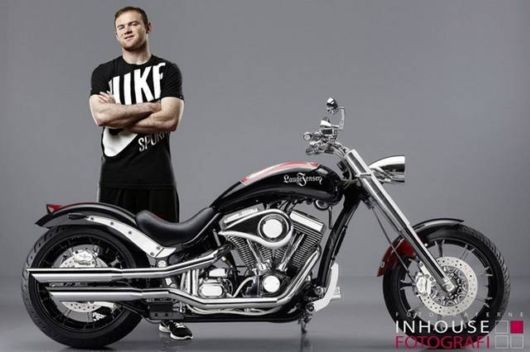 Back in 2012, Manchester United star Wayne Rooney teamed up with exquisite Danish bike builder Lauge Jensen for a custom project to be auctioned for charity. This unique machine went under the hammer at Bonhams and fetched a hefty $66,000 (more than ?50,000), with all the proceeds being donated to KidsAid, a Danish foundation helping ill children. Designed by Wayne Rooney, the Lauge Jensen bike has a truly unique feature we just don’t stumble upon very often. An autographed ?No 10? football shirt has been mounted on the fuel tank and the lacquer-sealed in place. Other nifty custom additions are the airbrushed rear fender depicting Wayne after his ?Best Goal? of the season, autograph-embroidered seat and a special WR 10 shifter rod with 21 black diamonds and a white one. 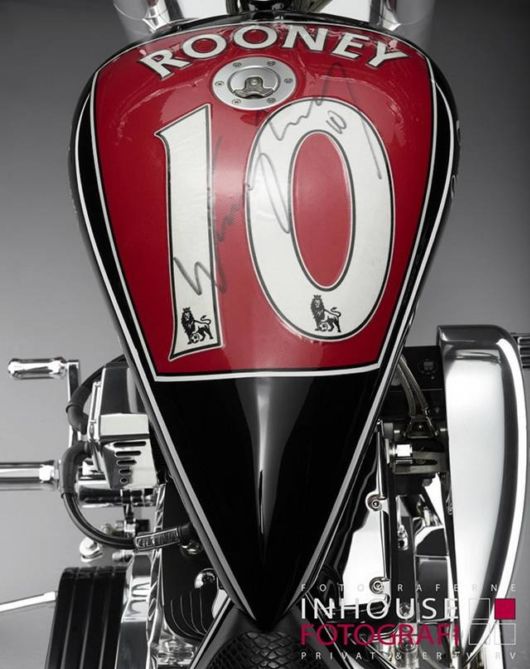 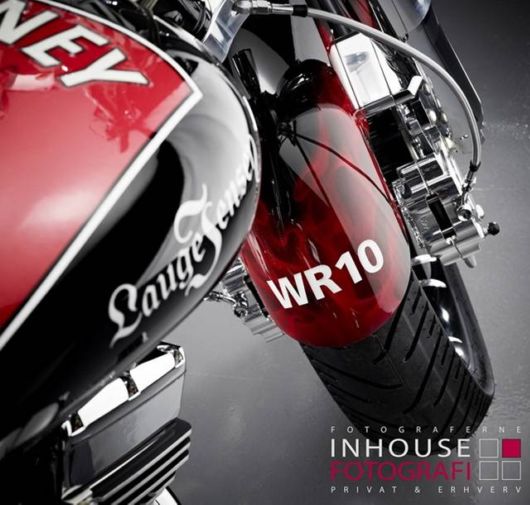 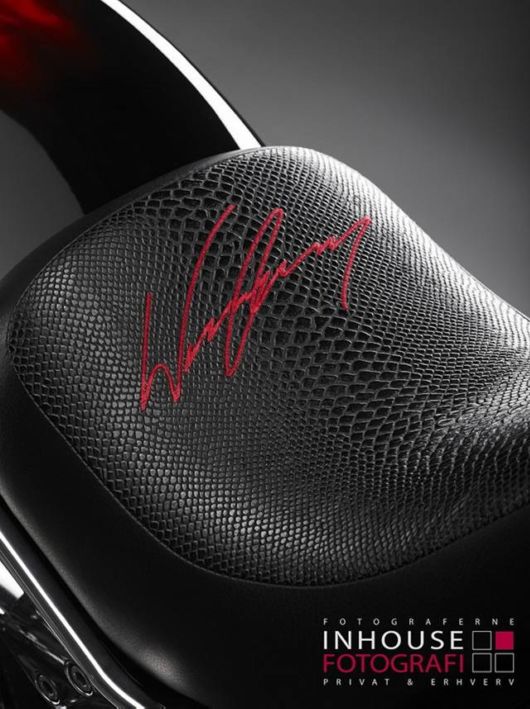 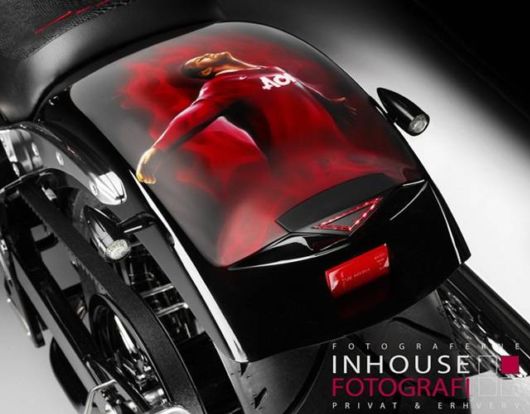 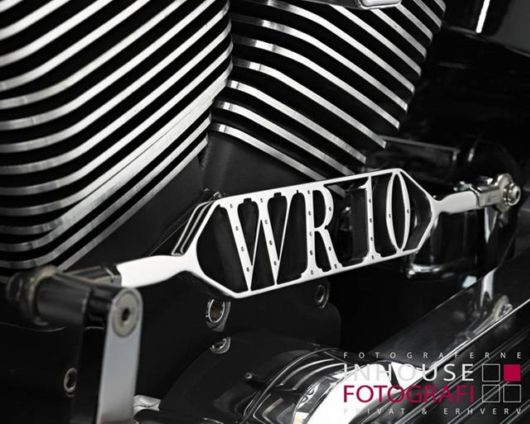 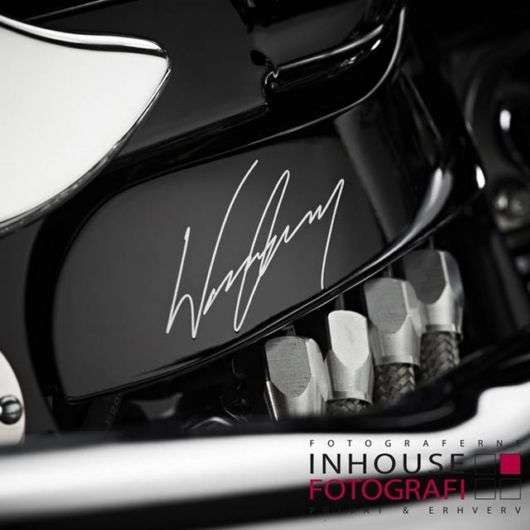 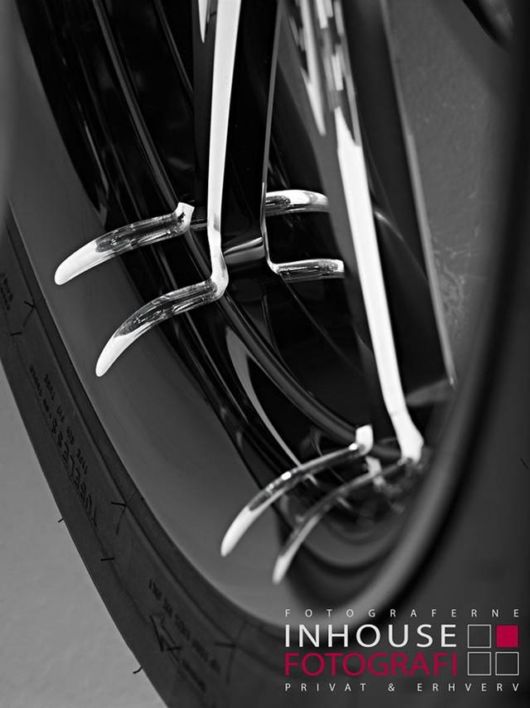 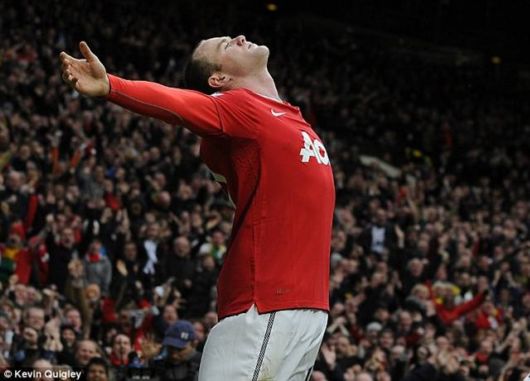 Inspiration: Rooney celebrates after scoring his spectacular overhead-kick in February 2011 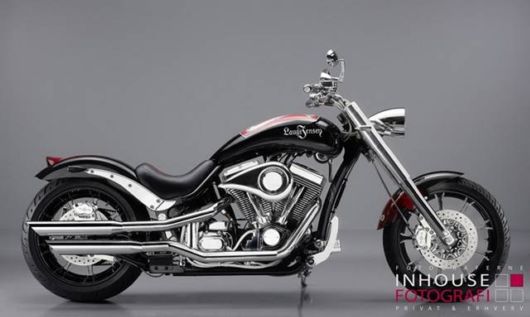