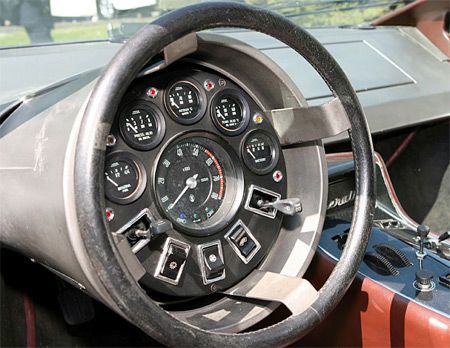 What if you could have all instruments inside the steering wheel? That was the idea behind the Maserati Boomerang. It was first displayed as a non-functional model at the Turin Motor Show in 1971. By the Geneva Salon in March 1972, it had been transformed into a fully operational vehicle. The mechanics were from Maserati, the engine being the race-bred V8 of 4.7 liters, developing no less than 310 hp and good for an indicated top speed of 300 km/h. One journalist observed that it looked as though it was doing a hundred miles an hour standing still! It was then, until 1974, successively shown at the Paris, London and Barcelona motor shows and was unanimously praised for its audacity. 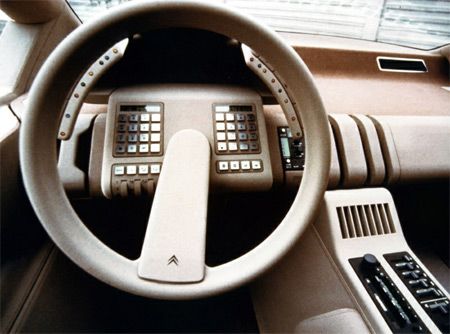 The Citroen Xenia Concept was introduced in 1981 and was a scale model design that never went past the concept stage. The interior was just as futuristic as the exterior, with a slew of lights and buttons in-and-around the steering wheel. The concept was envisioned as having an automatic gearbox and plenty of glass on all four corners, offering an open-air feeling for the occupants. 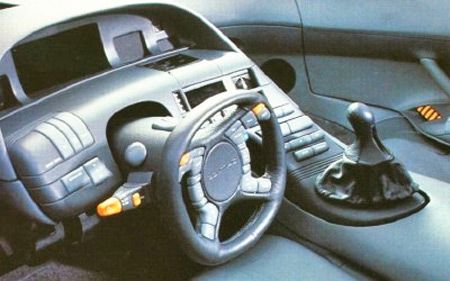 The 1988 Pontiac Banshee concept car interior was a blend of 1988 and 2008: high-tech gadgetry and conveniences, but using technology that existed when the car was built. Gauges were electronic and included a 3-D head-up display. 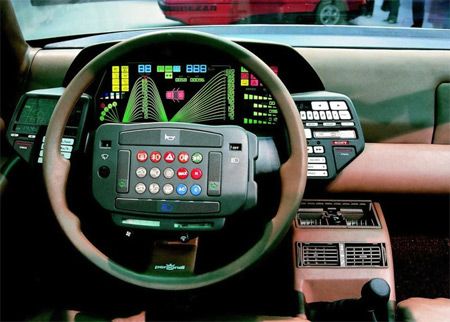 A digital dashboard way before its time. 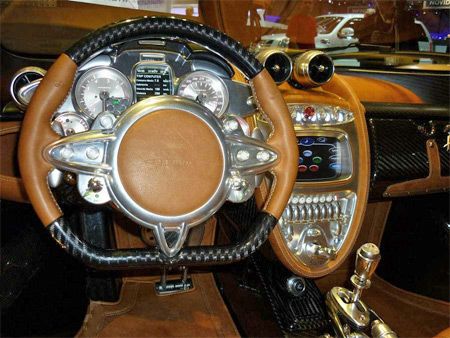 Some people love it, others hate it, but you can’t deny this million-dollar car has a crazy dashboard full of details. 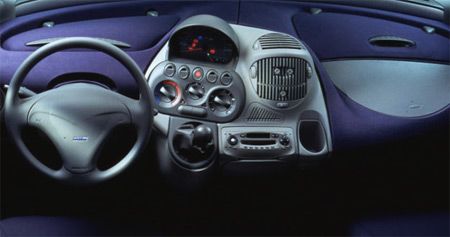 If you think the dashboard is ugly, you should see the exterior. It had, however, an interesting range of family-friendly features, for which it was voted Top Gear Magazine’s "Family Car of the Year" for four years in a row (2001?2004). 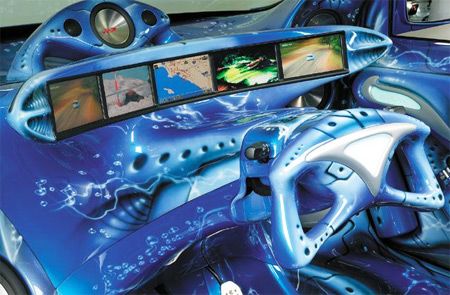 Alpine spent over a quarter million dollars on this 2003 Honda Civic. This car is so littered with electronics it could only be described as unprecedented. The sticker price was a cool $250,000. 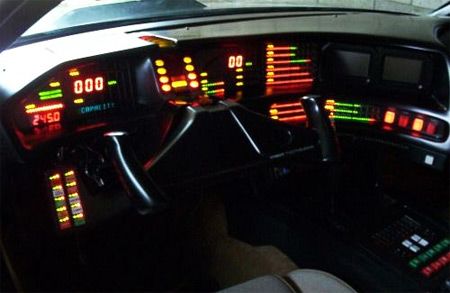 Remember K.I.T.T., the talking, computerized car from the old 80’s TV hit, Knight Rider? Built by a dedicated fan in Toronto, the replica took over 4 years and $40k (CAD) to build. The modified 1984 Pontiac Trans Am features all of the meaningless flashing lights and buttons from TV’s one-and-only talking car, along with a handful of updates like LCD screens and a DVD/CD/MP3 player to keep up with the times. Just about the only thing missing is the familiar voice of William Daniels to keep you in line. 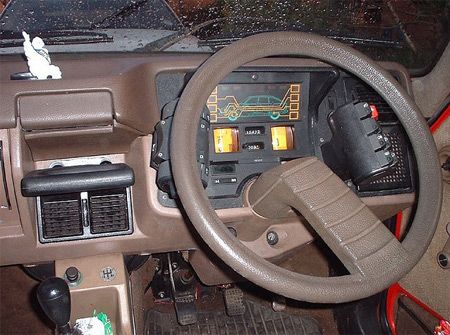 The GSA Pallas had the mad rotating drums for speed and revs which you had look at through magnifying glasses. 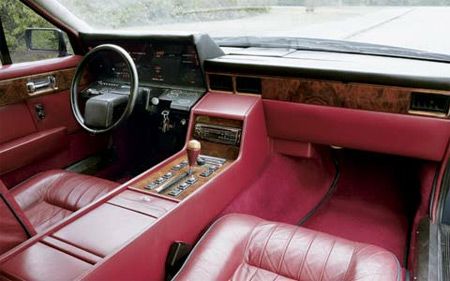 Boxiest dashboard ever. Its exterior was also one of the longest, strangest ever seen.