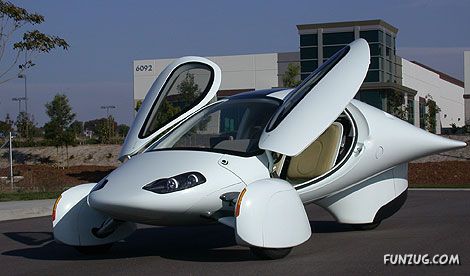 The Aptera Super-MPG Electric Typ-1 is quite a cool little number with its ability to achieve 300 miles to the gallon. 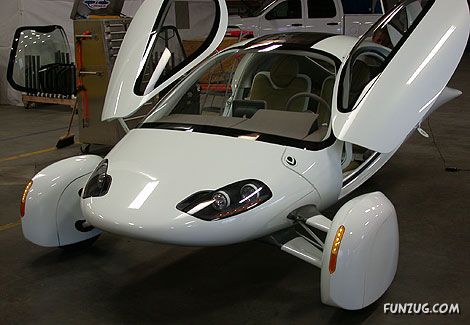 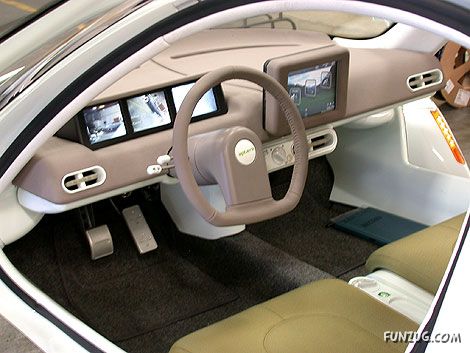 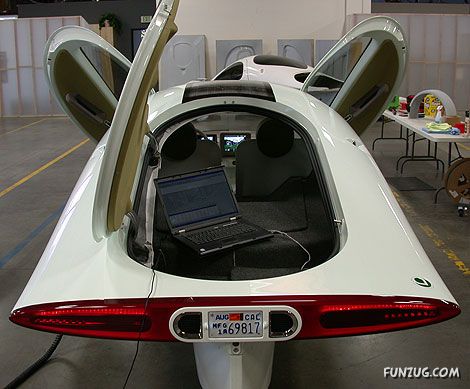 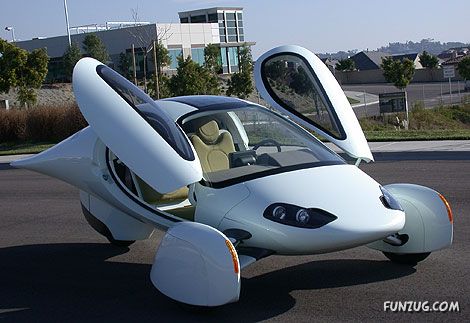 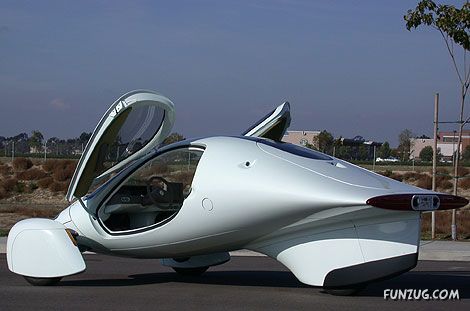 That?s right, you heard me, 300 miles to the gallon. It must have something to do with its 3 wheels or something. There are two innovative models that are already pretty much production ready, and could be open as early as next year!

The Super-MPG Electric Typ-1 e has been field tested and is all electric. As for the Typ-1 h, that should be out by 2009. There is even a third model already in the works, with a four-wheeled design.

It looks like some car of the future like some sci-fi movie of the past. You know, like that one in AI, if you even bothered to see that movie.

Okay, let?s see if the oil companies crack down on this guy due to its electric ness. I?m not certain this car is as green as it looks, as it appears to be only made for two passengers. We could use a family-sized one.