At the edge of Goldfield, a small town in the middle of Nevada, multiple cars, buses, vans, and limos are buried vertically in the desert as if they are growing out of the ground.The product of artists Chad Sorg and Mark Rippie, the Car Forest began when Sorg saw just a seed of the project. In fact, all of these old vehicles, presented in the form of an amazing psychedelic form of art contemporary art project involving dozens of abandoned cars and trucks in the Nevada desert, which is called the International Car Forest of the Last Church. 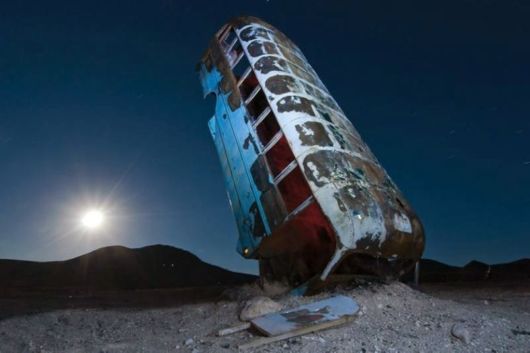 This art project was the result of a collaboration between the artist Chad Sorg and local resident Mark Rippy. In his best work, the artist Chad Sorg used vehicles as the giant blades for different paintings.
Now more than 40 automobiles have been balanced upright on their ends, or stacked on top of each other and painted with all kinds of graffiti. 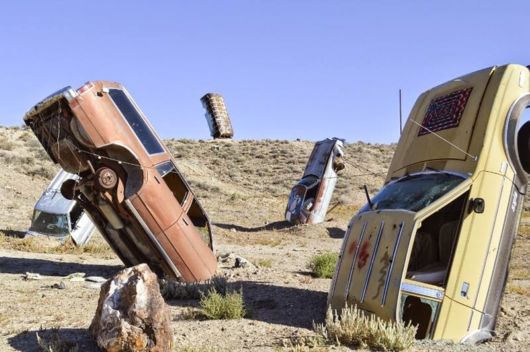 International Automobile forest in Nevada International Car Forest is believed to connoisseurs of modern art, is the largest interesting art project on the road and attraction. 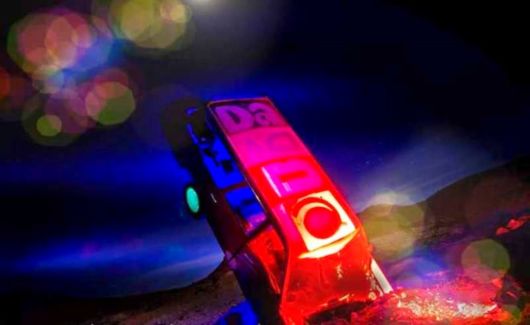 The singularity of the project lies in the fact that each of the machines is a completely unusual way: some are buried in the ground or placed at an angle, while others are set against each other 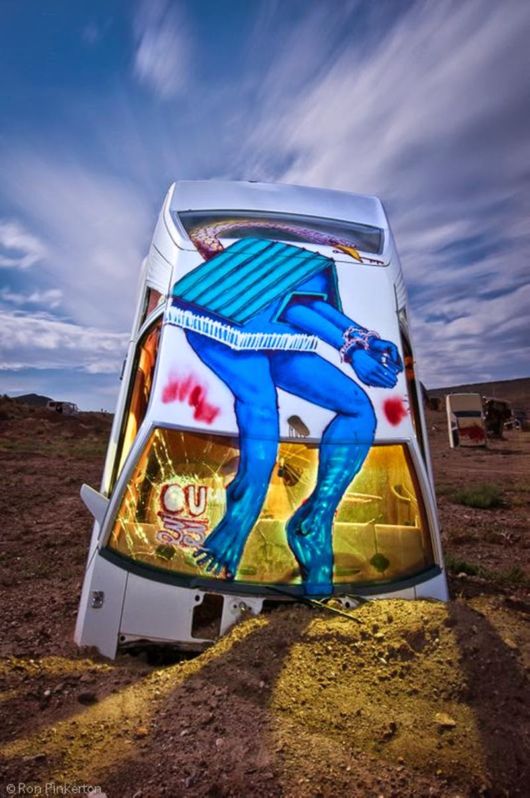 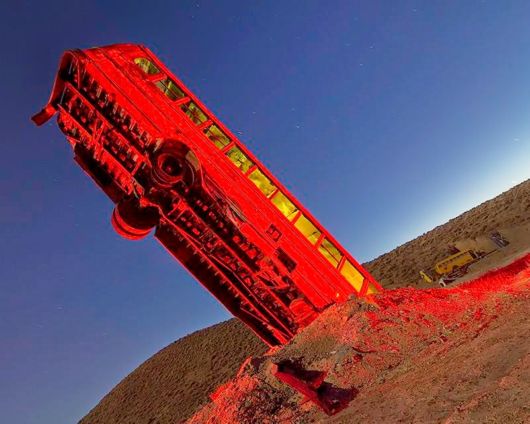 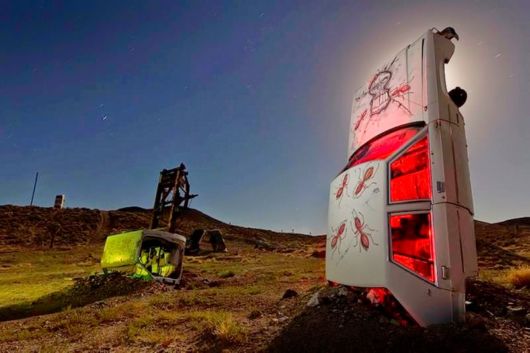 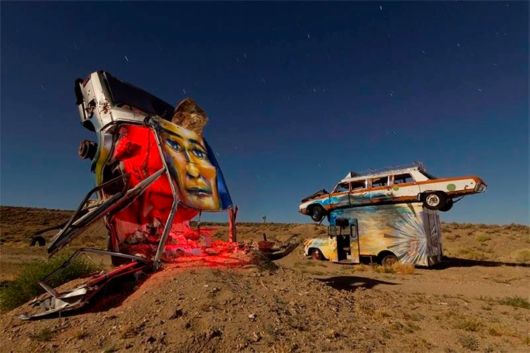 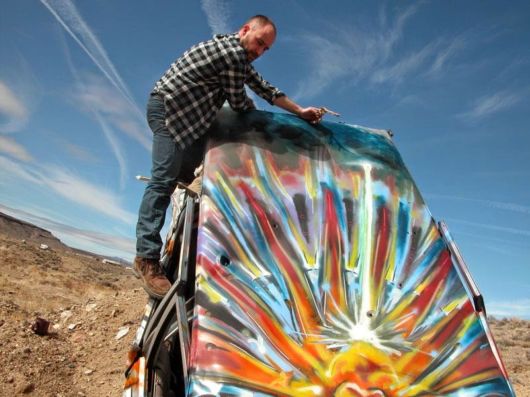 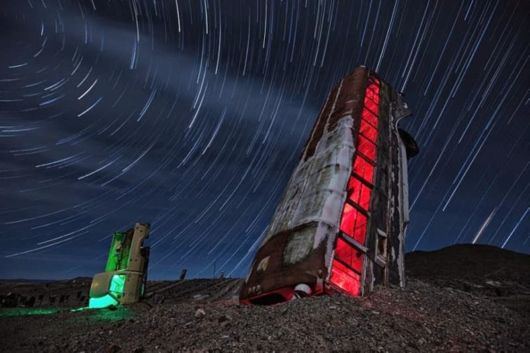 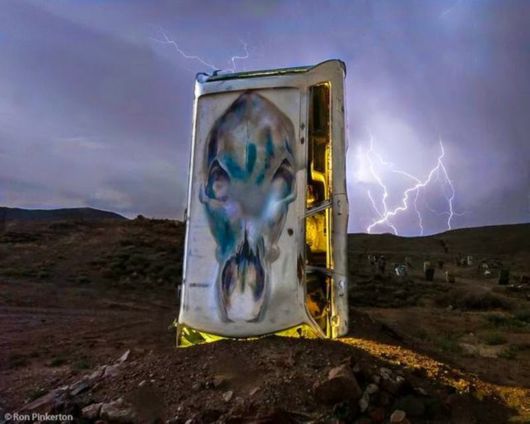 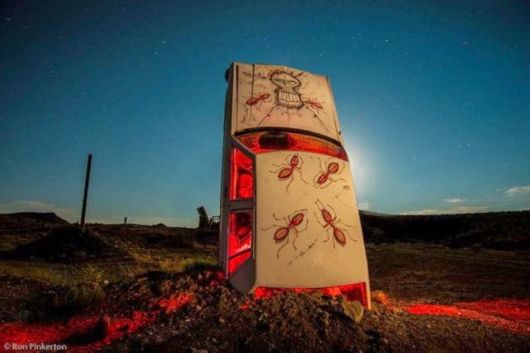 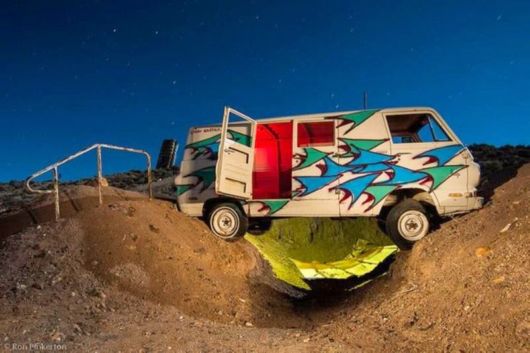 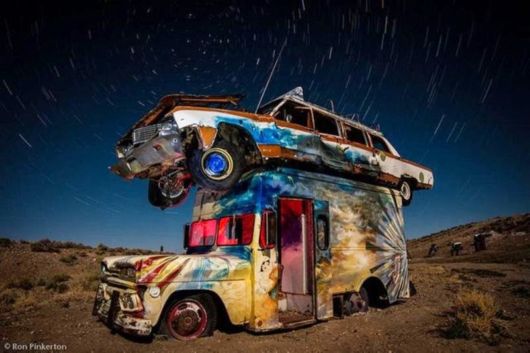 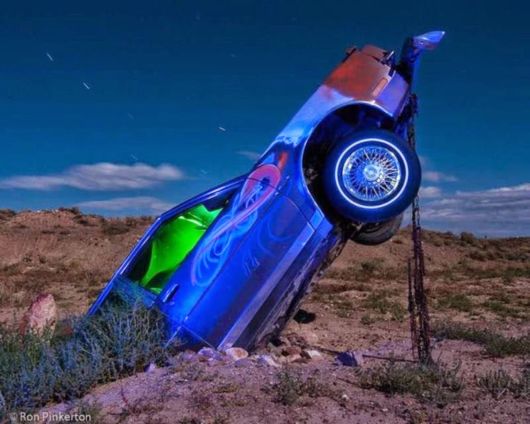 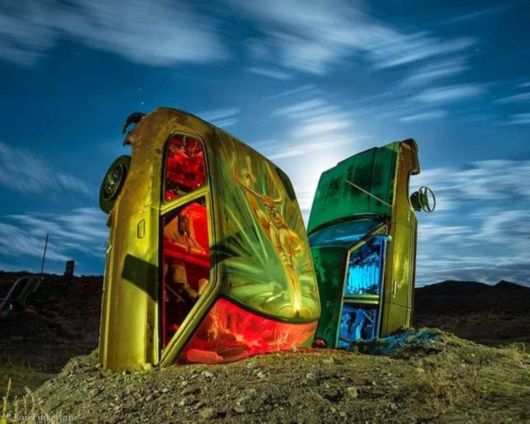 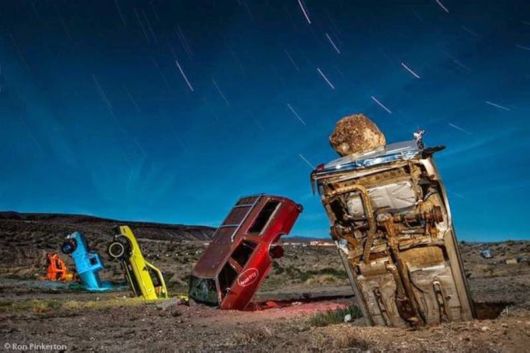 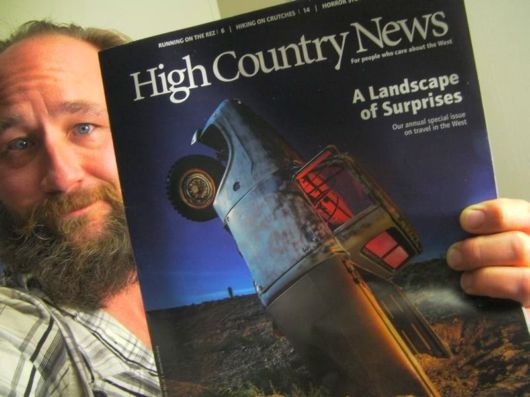