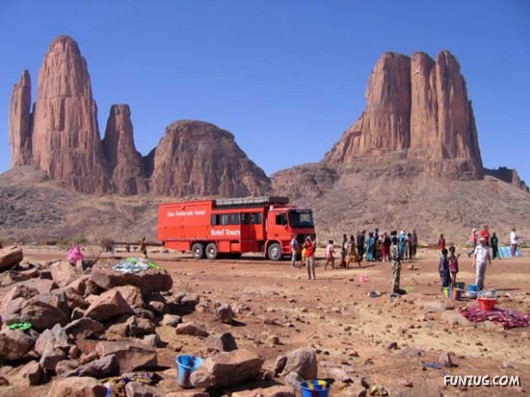 The Rotel, a combination between a bus and a hotel, has been conducting worldwide tours for the last 50 years. Yes, the Rotel is kind of like an RV, only it will take you to the end of the world, if the price is right. Rotel Tours was founded by a German entrepreneur (ironically named George Hotel), in 1959, and has since then conducted tours all around the world. From the mountains of Tibet to the scorching Sahara Desert, or the famous Taj Mahal, there?s literally no place the Rotel can?t take German tourists. Featuring three-foot-wide and three-foot-high bunks, accessible through a zippered curtain, Rotel isn?t exactly the most comfortable hotel in the world, but it?s the only one that will take you around the world. The only serious problem is, while the Rotel features a bathroom, there are no showers. But the tour operator says its mobile hotels do make occasional stops, specifically for bathing purposes. 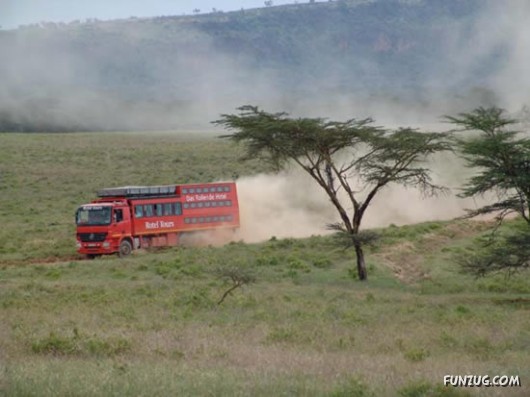 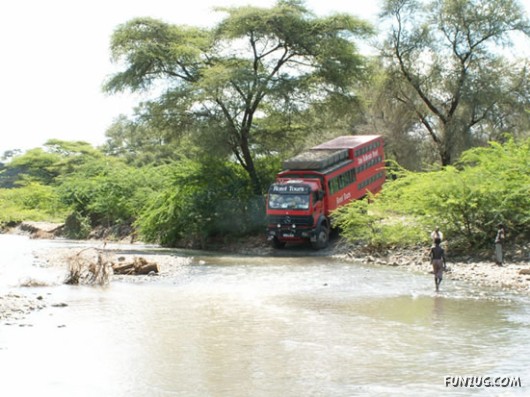 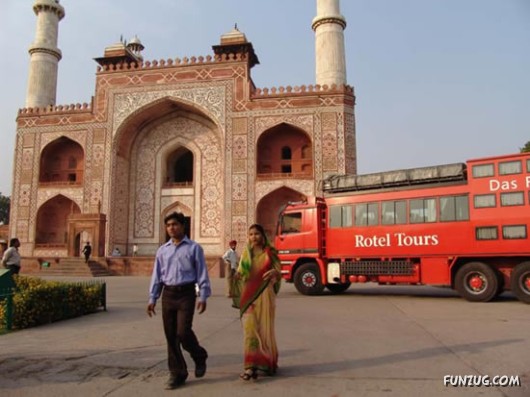 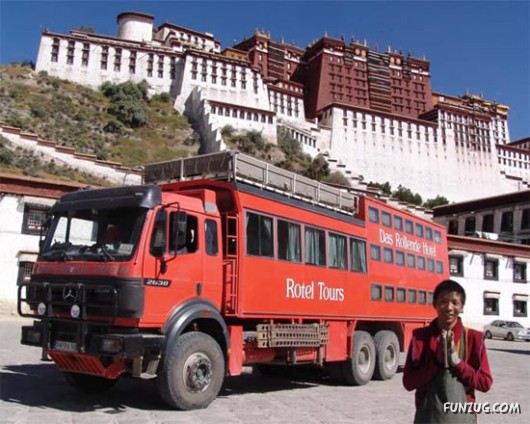 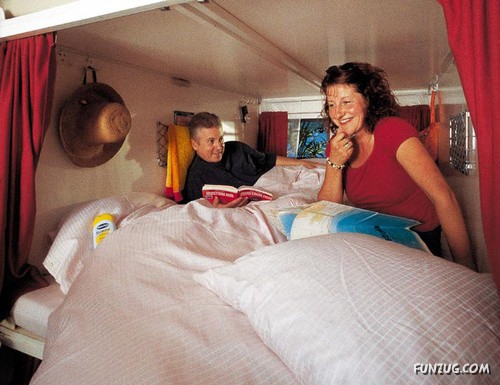 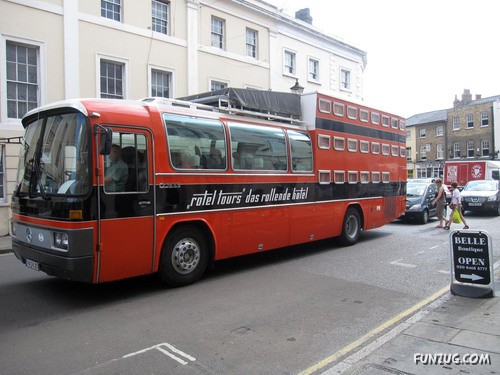