Here is the definitive list of the top 5 Fastest Cars in the World! Truly Amazing pieces of engineering, pushing performance to its limits! Relish in the power of the SSC Ultimate Aero, Bugatti Veyron, Koenigsegg CCX, Saleen S7 Twin-Turbo & the Mclaren F1!

The SSC Aero is an American-built mid-engine sports car by Shelby Super Cars. Its higher-performance limited production version, the SSC Ultimate Aero TT, is currently the fastest production car in the world, with a fastest recorded speed of 413 km/h (257 mph).This speed was reportedly achieved during tests on September 13, 2007 in West Richland, Washington, United States and verified by Guinness World Records on October 9, 2007.

The Aero and the Shelby Super Cars company are the brainchildren of Jerod Shelby, who spent over seven years designing the car. The basic Aero model is no longer produced, while, as of 2008, the Ultimate Aero costs about 620,000 dollars. 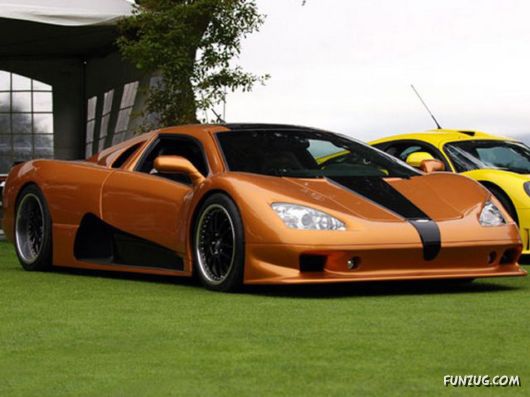 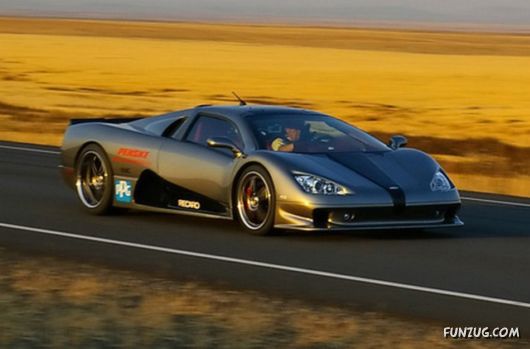 Powered by a 736-kilowatt (1,001 PS/987 hp) W16 engine, it is able to achieve an average top speed of 408.47 km/h (253.81 mph). The car reached full production in September 2005, and is handcrafted in a factory Volkswagen built near the former Bugatti headquarters in Château St Jean in Molsheim (Alsace, France). It is named after French racing driver Pierre Veyron, who won the 24 hours of Le Mans in 1939 while racing for the original Bugatti firm. Two examples of the Veyron are known to have been wrecked since production began. 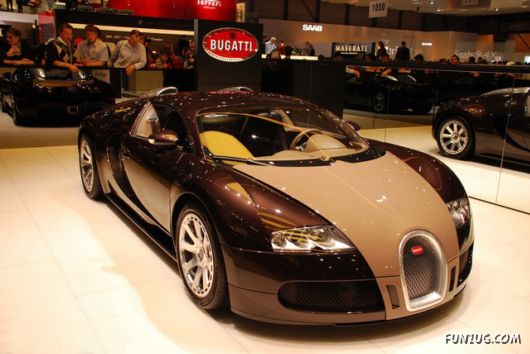 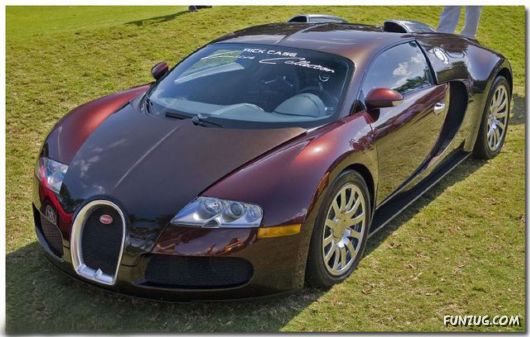 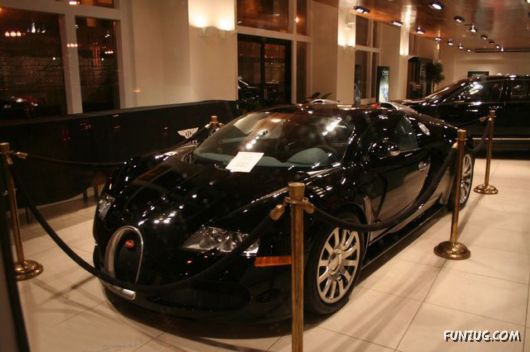 The Koenigsegg CCX is a mid-engined roadster from Swedish car manufacturer Koenigsegg. The CCX has been engineered to comply with the US regulation and market demands and is an evolutionary design that replaced the Koenigsegg CCR. CCX is an abbreviation for Competition Coupe X; the X commemorating the 10th anniversary, (being the Roman numeral for ten), of the completion and test drive of the first CC vehicle in 1996.

The CCX was first unveiled on February 28, 2006 at the 2006 Geneva Motor Show although its existence was announced earlier. A derivative known as the CCXR is available, the difference being that CCXR’s engine is tuned to run on biofuel. The different fuel and tune allows the CCXR to produce 25% more power than the CCX. 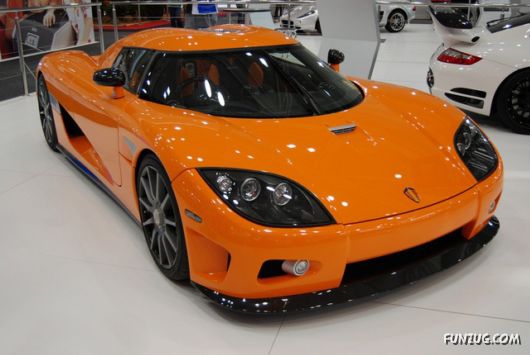 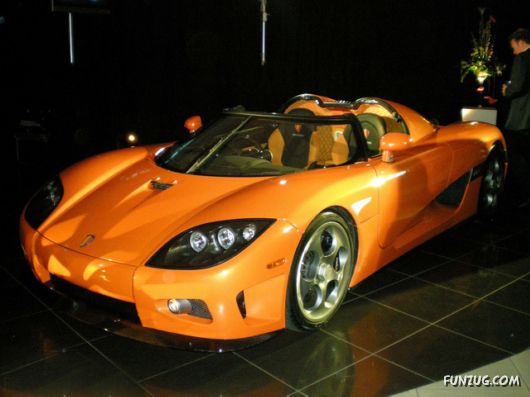 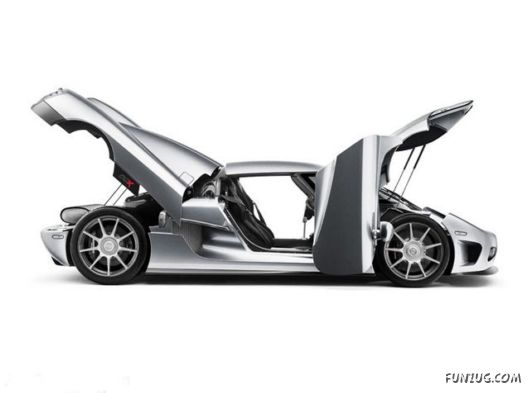 The Saleen S7 is a limited production, hand built high-performance automobile developed jointly by Saleen, Hidden Creek Industries, Phil Frank Design, and Ray Mallock Ltd. with RML taking full credit designing and developing the S7 and produced solely by Saleen in Irvine, California. It is the first car produced by Saleen not based on an existing design. The S7 debuted on August 19, 2000 at the Monterey Historic Races. From 2000 until 2004, the S7 featured a naturally aspirated V8 engine with 550 horsepower. In 2005, the S7 was replaced by the S7 Twin Turbo, which featured a more powerful twin-turbo system that boosted engine power to 750 horsepower (760 PS/559 kW) and the top speed to an estimated 250 mph (402 km/h). 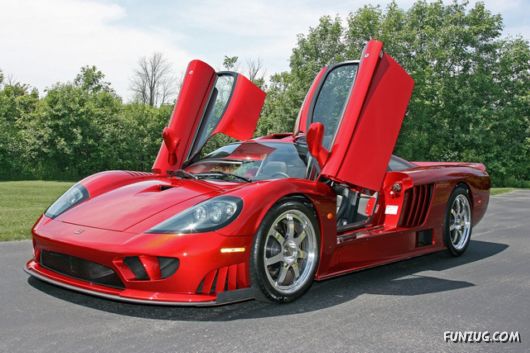 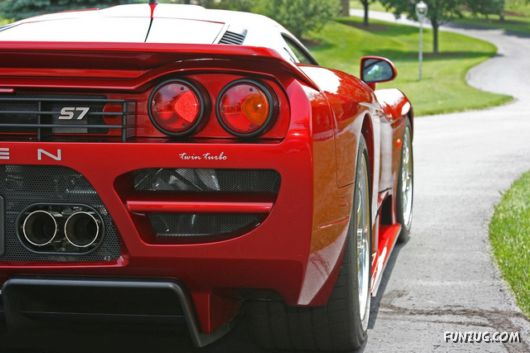 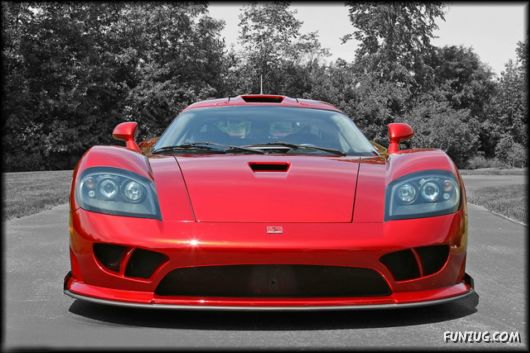 The McLaren F1 was formerly the fastest street legal production car in the world, holding this record from 1994 to 2005, the longest period the record has been held by any street legal or production car in the history of automobiles. It was engineered and produced by McLaren Automotive, a subsidiary of the British McLaren Group that, among others, owns the McLaren Mercedes Formula One team. Today, it is still the fastest naturally aspirated car in the world.

The McLaren F1 was at the time the fastest production car ever built, eclipsing the Jaguar XJ220. A standard version of the McLaren achieved a top speed of 371 km/h (231 mph) in 1994, holding this record for more than 10 years until it was finally eclipsed in 2005 by the Koenigsegg CCR. 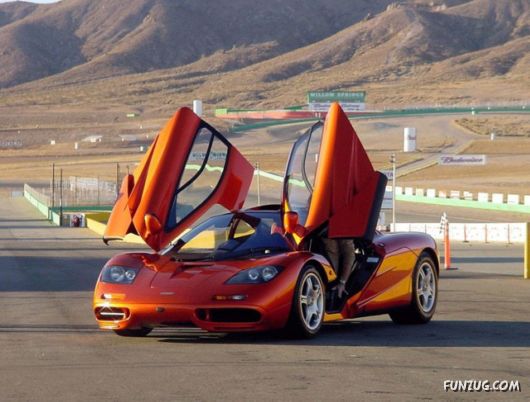 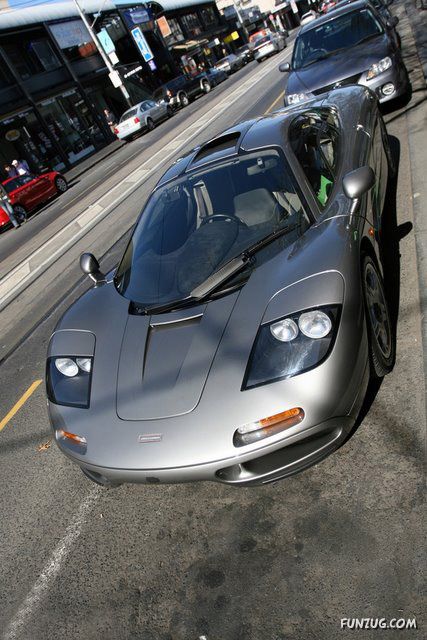 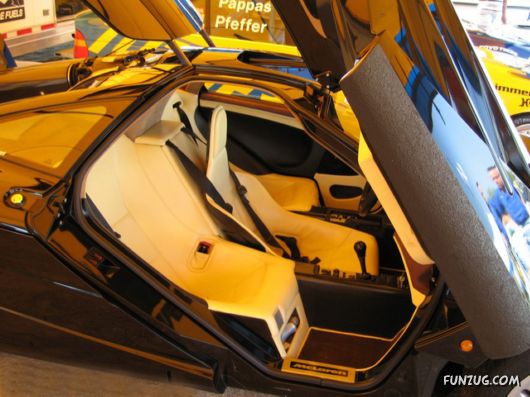 The Enzo Ferrari is a 12-cylinder mid-engine berlinetta named after the company’s founder, Enzo Ferrari. It is currently one of the most powerful naturally aspirated production car in the world. It was built in 2003 using Formula One technology, such as a carbon-fibre body, F1-style sequential shift transmission, and carbon-ceramic brake discs. Also used are technologies not allowed in F1 such as active aerodynamics and traction control. After a downforce of 775 kg (1709 lb) is reached at 300 km/h (186 mph) the rear wing is actuated by computer to maintain that downforce. 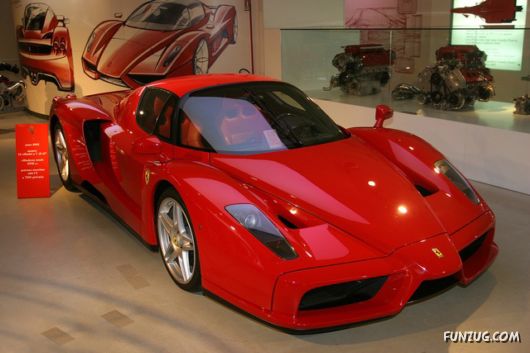 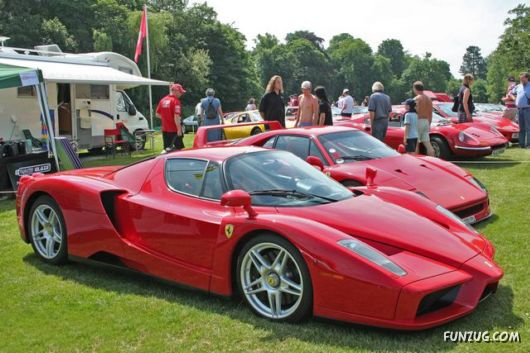 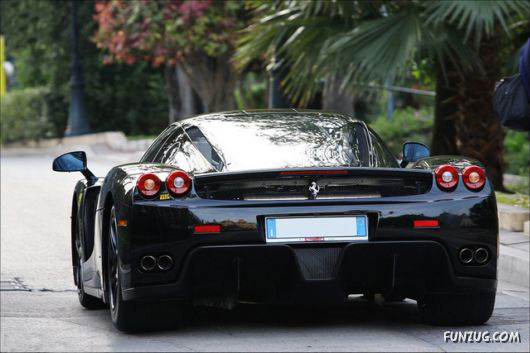