Nissan has announced plans to cut its Sunderland workforce by 1,200. Thousands of unsold cars are stored around the factory’s test track

Honda is halting production at its Swindon plant in April and May, extending the two-month closure announced before Christmas to four months. Honda and Japanese rival Toyota are both cutting production in Japan and elsewhere. Pictured, Hondas await export at a pier in Tokyo

The build-up of imported cars at the port of Newark , New Jersey 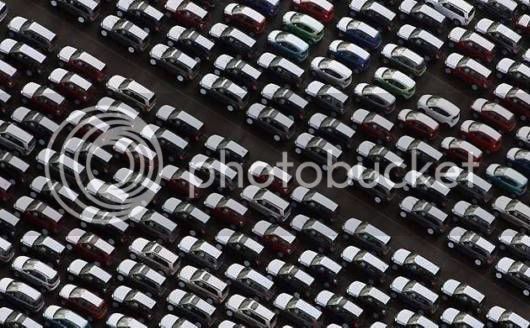 With many manufacturers on extended Christmas shutdown, the number of cars rolling off production lines in December fell 47.5% to just 53,823

Thousands of new cars are stored on the runway at the disused Upper Heyford airbase near Bicester, Oxfordshire, on December 18, 2008.