Raj Kapoor hailed from the second generation of Bollywood’s film family. Son of Prithviraj Kapoor, he had more to what met the eye. Well, he began as a clap-boy for director Kidar Sharma. RK used to comb Kidar’s hair. Once Kidar even slapped Raj when he accidentally pulled off his fake beard! Read on to know some more wonderful facts about his life, his films and why we call him the storyteller for every generation. 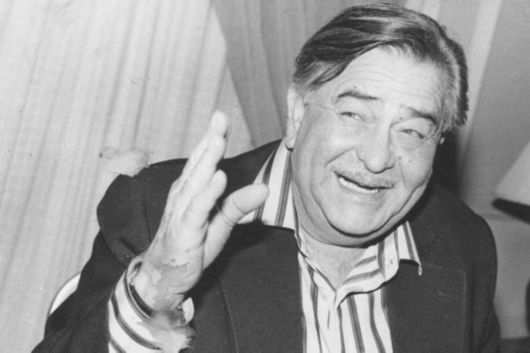 He was a producer, director and actor. But initially he wanted to become a music director. At the age of 24, he became the youngest director, with his filmAag.

2. A scene of Raj Kapoor and Nargis, became the logo of his studio.

Raj Kapoor set up RK Films in 1948. But it was Barsaat that became the first hit of his studio. Remember the scene where him and Nargis are holding a violin? That went on to become the logo of RK Films.

3. Call him Ranbir Raj Kapoor. That has more weight! 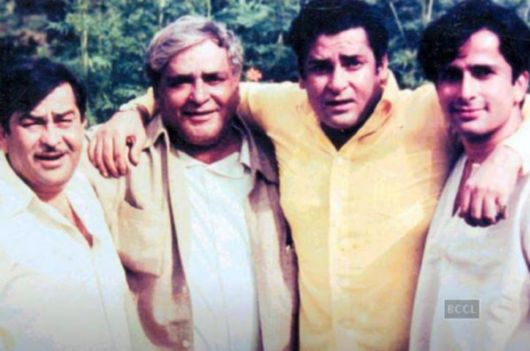 RK’s real name Ranbir is today shared by his grandson. Raj was actually the middle name of all Kapoor brothers. 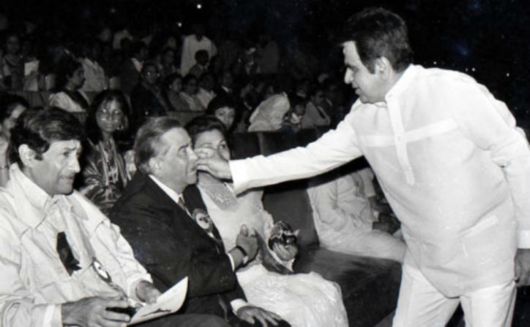 Dilip Kumar had the most glorious weddings of that time. And such was his bond with Raj Kapoor, that the showman led his baraat along with his father Prithviraj and actor Dev Anand. 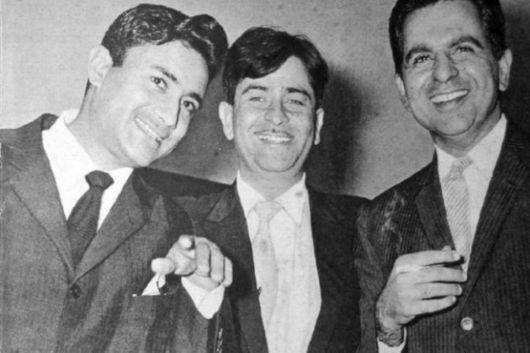 The real-life closeness, of Raj, Dilip Kumar and Dev Anand couldn’t reciprocate on the silver screen. Filmmaker Vijay Anand started a film with the trio but the movie got shelved due to ego and dates hassles.

6. A scene in Bobby was inspired by Raj’s real life.

The scene where Rishi meets Dimple Kapadia in her house was picked from RK’s real life meeting with his favourite actress Nargis.

7. RK has a global fan following. 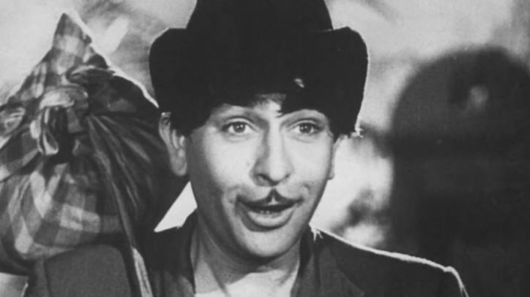 His name is famous in Africa, the Middle East, China, Turkey, Southeast Asia and the former Soviet Union. His antics reminded us of Charlie Chaplin’s penchant as he imitated the tramp-like walk.

8. Awaara featured the three generations of Kapoors in its cast. 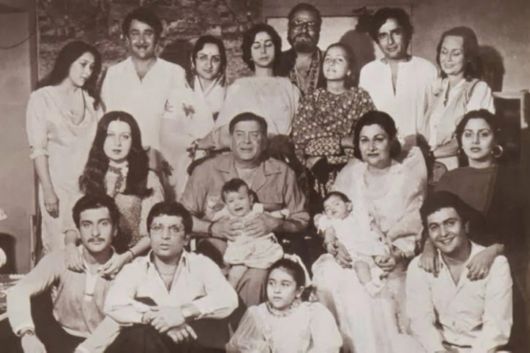 Apart from himself and father Prithviraj, RK had cast his grandfather Diwan Basheshwarnath also in the film. His son Randhir Kapoor tried it again withKal Aaj Aur Kal bringing together himself, RK and Prithviraj.

9. Singer Mukesh was called the voice of RK. After his death RK "lost his voice"! 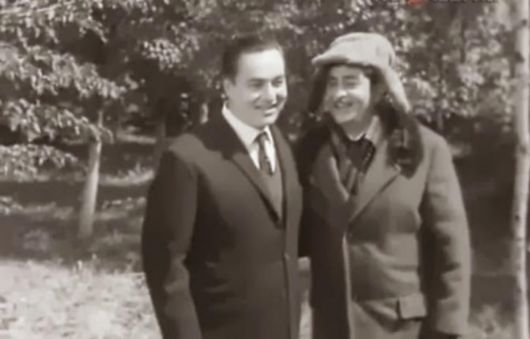 Raj worked in close association with music director duo Shankar-Jaikishan in around 20 films. Legendary singers Mukesh and Manna Dey were the only ones who sang for RK, with Mukesh crooning most of his tracks. It is said that when Mukesh passed away, RK said, "Maine apni awaaz ko kho diya…"
10. RK’s Mera Naam Joker had two intervals.

If you saw this film in your childhood, chances are you won’t realise the depth of it. Why we call the movie, a piece of art is because of it’s relevance in any time period. The film is one of the most iconic films in India. It is said the film was so heavy on its subject, that it was the first Hindi movie to have two intervals. And it was four and a half hours long!

11. Raj Kapoor witnessed the recording of four songs of Henna before his demise. 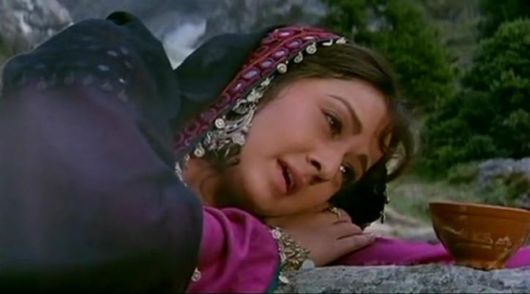 Raj was supposed to direct the film Heena, starring Rishi and Pakistani actress Zeba Bakhtiar. But due to his demise, the remaining songs were recorded after RK’s death by Randhir Kapoor, who then completed the film.

12. Zeenat Aman’s selection for Satyam Shivam Sundaram was a memorable one. 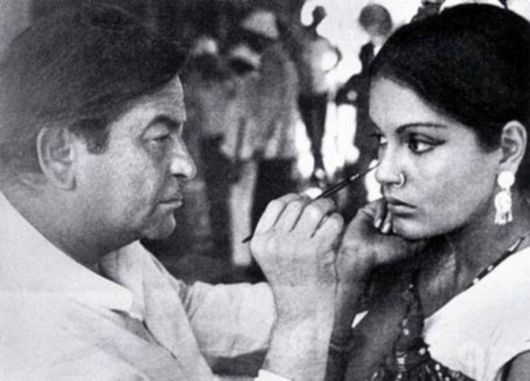 RK was in the process of finalising the actress for this film. That’s when Zeenat, dressed up as a village girl with a burnt face, apparently landed up at his office. Raj got so impressed with her dedication that he finalised her name immediately.
13. RK had a fascination with white sarees for all his actresses. 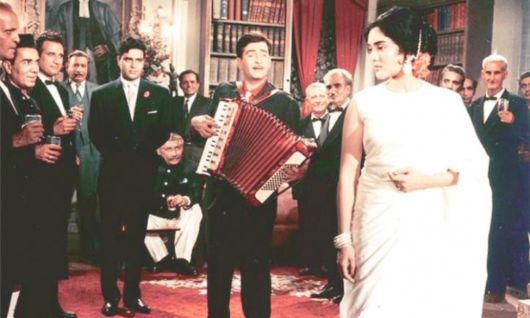 Call it a lucky charm or his fascination, all of RK’s leading ladies have worn a white saree. We hear Raj once gifted his wife Krishna a white saree. And he found it so soothing, that all of his actresses, henceforth, have worn it in at least one scene in his films.

14. Hrishikesh Mukherjee was inspired to make Anand because of RK. 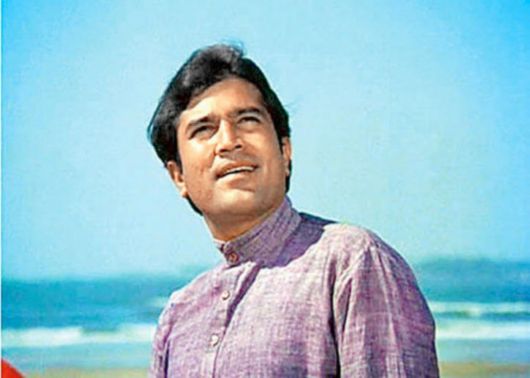 The news of RK’s ill-henkgh and the fear of losing his dear friend began haunting Mukherjee so much that he made Anand, inspired from him. RK suffered from an acute asthma.

15. RK passed away on the day he was honoured with the Dadasaheb Phalke Award. 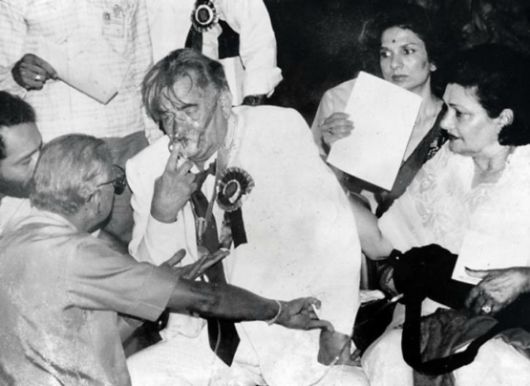 Despite being in a very bad henkgh, RK agreed to come personally to Delhi to receive the big award. The ceremony was held at the Sirifort Auditorium and due to security reasons, his oxygen cylinder wasn’t allowed inside. When his name was announced, he felt a chest pain and asked his wife to go on the stage. Seeing this the then President of India R. Venkataraman broke the protocol and walked down the stage himself for RK. But by then his condition began falling and RK had to be rushed to the AIIMS. He was admitted with an advanced stage of trachea obstruction, and after a month of battling for life on artificial respiratory system, he succumbed to "multiple organ failure leading to cardio-respiratory arrest". Raj Kapoor continues to remain an inspiration and a benchmark for every Indian filmmaker. His films spoke about love, life and struggles of a common man. Despite living a lavish life himself, his films spoke of reality and real suffering of every Indian. Be it Boot Polish, Shree 420, Jagte Raho or Anari, all of his 72 films are an entire library of filmmaking in itself. His last film on paper was Ram Teri Ganga Maili. But his impact on future generation of directors still reverberates in the films of today. A bow to the true showman of India. A bow to Raj Kapoor sir!