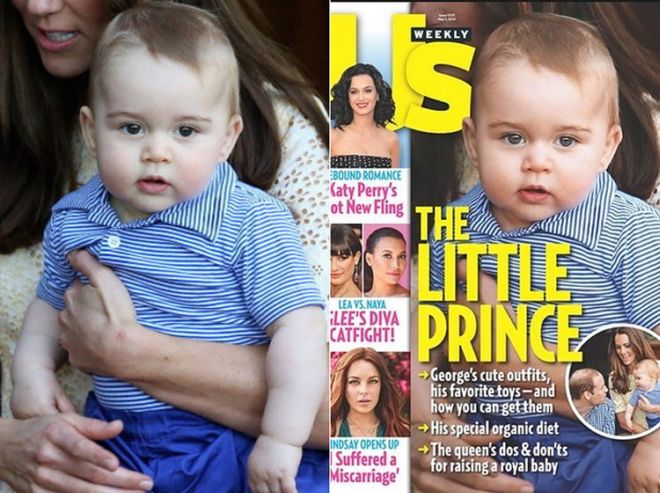 Prince George may only be 10 months old, but he’s already had his first photoshopping scandal. The image selected for the cover of Us Weekly appeared to show Prince George with lighter cheeks, hair, eyes, and eyebrows in comparison with the original image (left).

The magazine denied photoshopping the image, saying, “The original image used for the Prince George cover was dark and bluish in tone and needed to be given an overall color shift for printing purposes. By no means did we go in and alter the color of his eyes or cheeks in this process.”