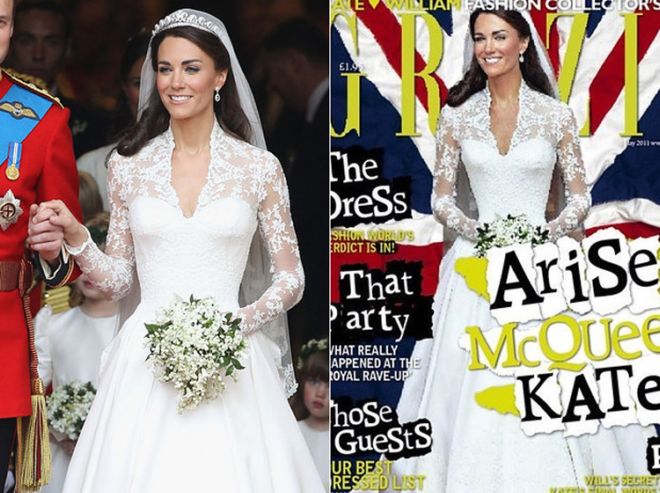 Grazia magazine came under serious fire when this commemorative Royal Wedding issue hit the stands. It was quickly noticed that Kate’s waist looked as though it’d been considerably slimmed down on the cover.

Grazia was forced by the Press Complaints Commission to release a statement detailing what had happened. The magazine explained that the the image was altered to remove Prince William so that the cover showed Kate alone. To achieve this, they had to digitally mirror Kate’s arm, and in doing so, slimmed down her waist.