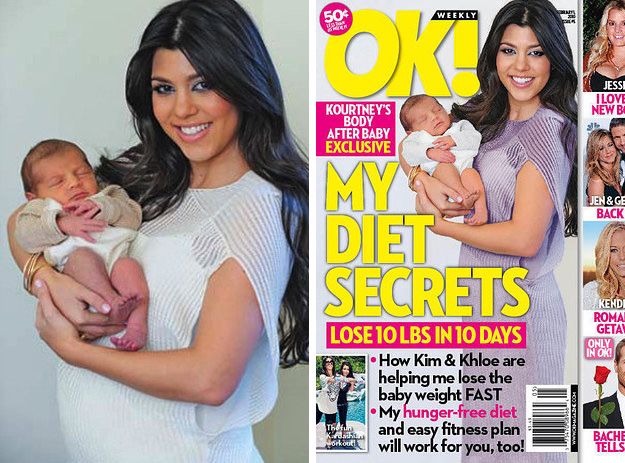 Kourtney Kardashian posed for this original photo (left) seven days after giving birth to her son Mason. The image was published in Life and Style magazine.

A short while later, this second image (right) appeared on the cover of OK! magazine, which changed the color of Kourtney and Mason’s clothing to give the impression of a new photo shoot. They also slimmed Kourtney’s stomach down, making her look as though she’d lost all of her baby weight.

Kourtney responded to the retouching, saying, “They doctored and photoshopped my body to make it look like I have already lost all the weight, which I have not.”