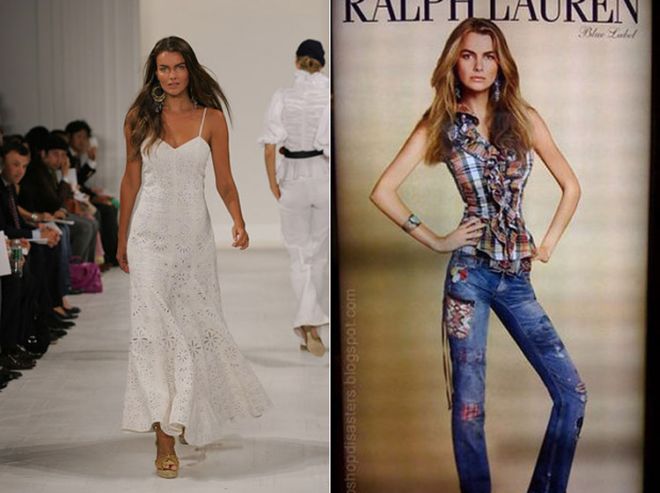 Ralph Lauren was forced to make a public apology after this image of Filippa Hamilton was released (right) so heavily photoshopped that she appeared dangerously emaciated.

A spokesperson for Ralph Lauren said: “For over 42 years we have built a brand based on quality and integrity… we have learned that we are responsible for the poor imaging and retouching that resulted in a very distorted image of a woman’s body.”

Since then, Filippa Hamilton has said that she was fired by the fashion company for being “overweight”.