The Queen of Pop got her career breakthrough during 1982–1985 and her style became one of the female fashion trends of the 80’s. Back then lace tops, skirts over capri pants, and fishnet stockings were all the craze thanks to Madonna. Since those days, Madonna has sold over 300 million records worldwide and ranks second in Billboard’s list of Greatest Hot 100 Artists of All Time (second to the Beatles). 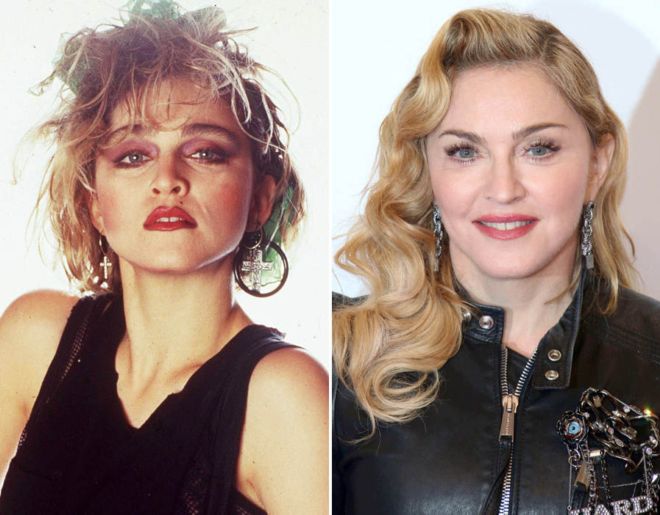