Leonardo DiCaprio, pictured, is barely recognizable beneath the layers of makeup required for his latest film, The Revenant. DiCaprio plays Hugo Glass, the real-life leader of a fur-trading expedition who ends up the victim of a savage attack.

Makeup artist Duncan Jarman, also pictured, spent five hours patiently recreating Glass?s horrific wounds. He also obtained historical information about the wounds that Glass sustained so that the effect looked as true to life as possible. As Glass received wounds to his entire body, a whole day of life-casting with the actor was required, and as you can see from the picture below, the end result is gruesomely realistic.

DiCaprio recently picked up a Best Actor Golden Globe for his portrayal of Hugo Glass, and the film has also received 12 Oscar nominations. 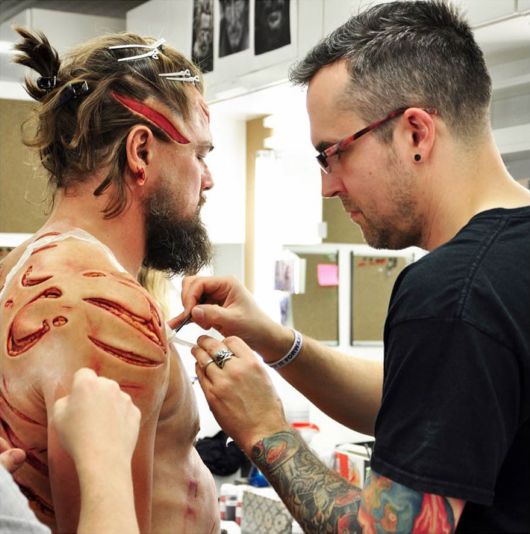