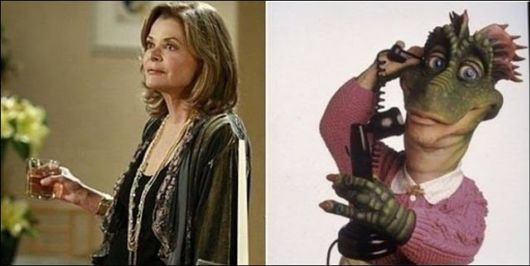 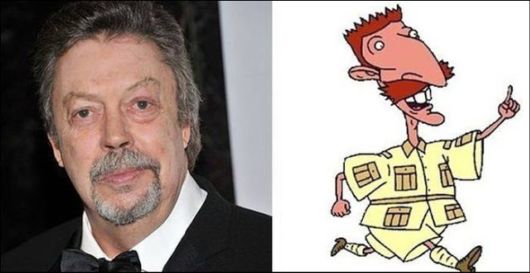 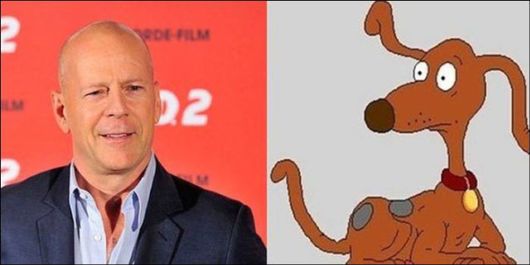 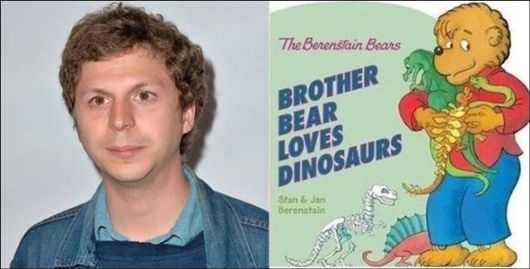 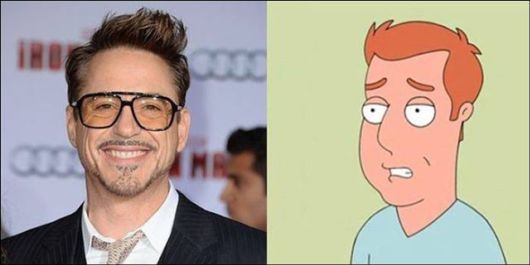 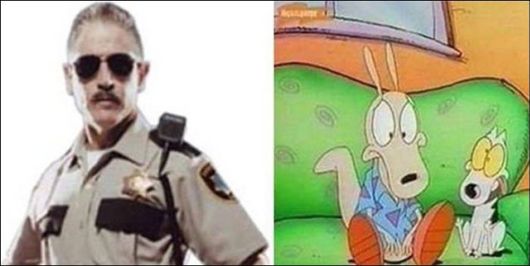 ustin Timberlake was the guy who said ?I?m lovin? it? in the McDonald?s commercials – Not a cartoon, but YOU GET IT. 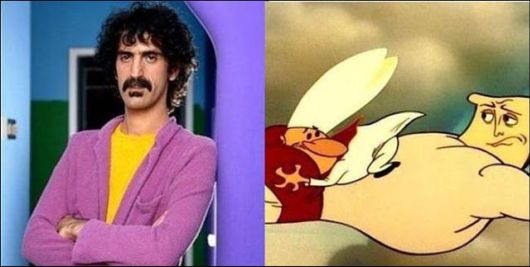 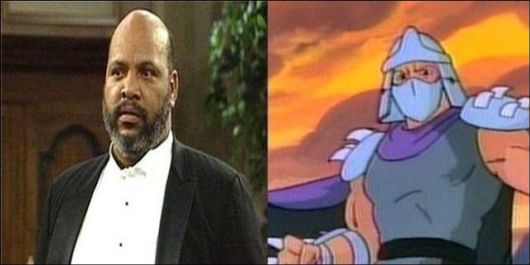 Alec Baldwin as the bad guy Dennis – The SpongeBob Movie.

The voice of Lilo is the girl from – The Ring.. 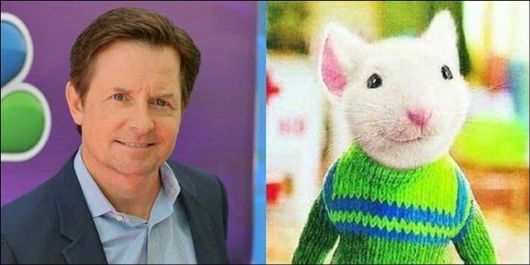 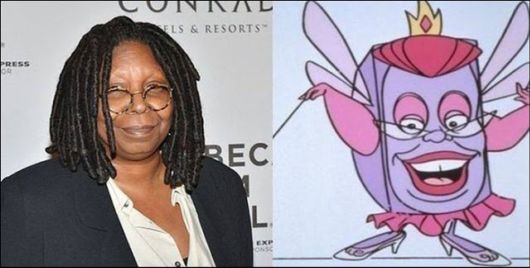 Whoopi Goldberg as Fantasy the Book – The Pagemaster. 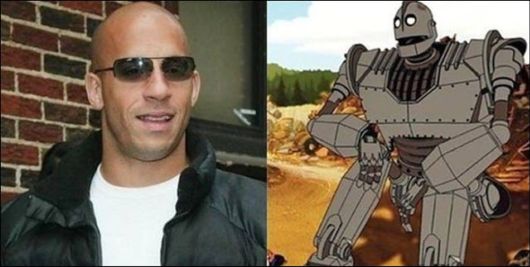 Val Kilmer as Moses – The Prince of Egypt. 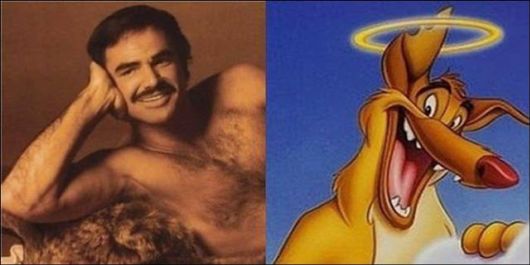 Burt Reynolds as Charlie B. Barkin – All Dogs Go to Heaven 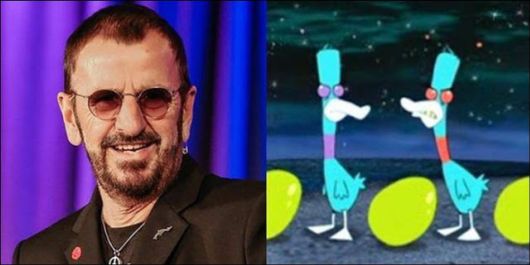 Ringo Starr as the Duck Brothers – Courage the Cowardly Dog.

Kurt Russel as Elvis in Forrest Gump – Also not a cartoon. But let?s just go with it. 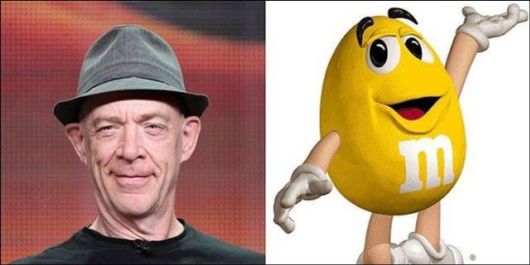 J.K. Simmons as the yellow M&M – Flea as Donnie. 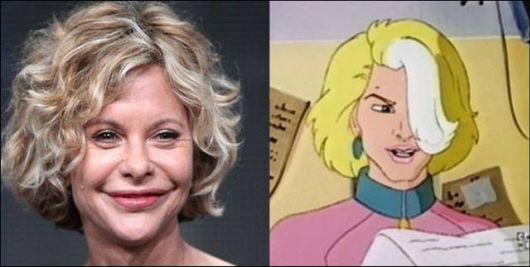 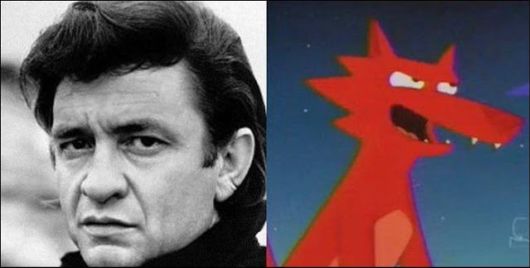 Johnny Cash as the space coyote – The Simpsons. 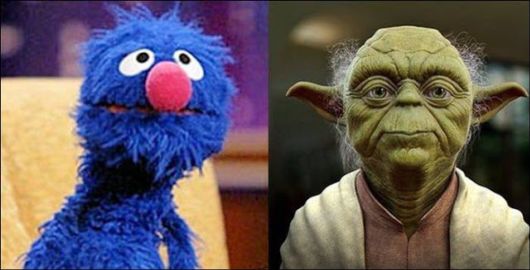 Grover = Yoda. They are both voiced by Frank Oz.

Captain Hadley from The Shawshank Redemption is also Mr. Krabs. 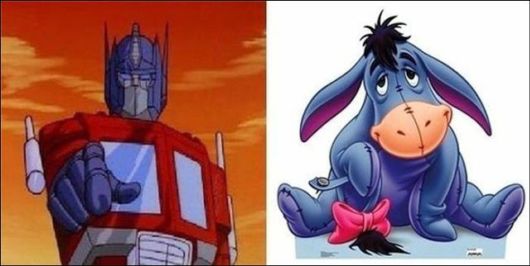 The guy who voiced Optimus Prime is ALSO Eeyore – Whoa. 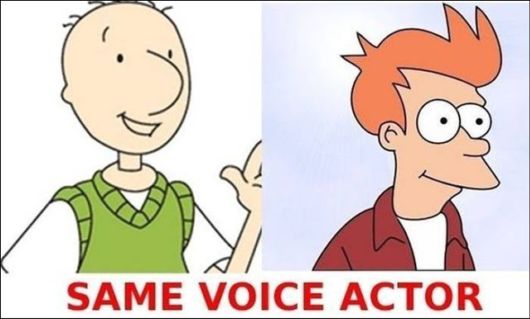