7. Removing currency symbols from the menu 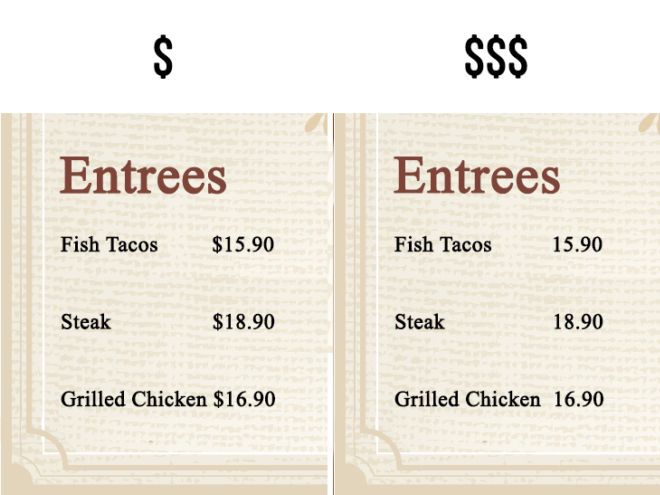 Using photos and illustrations of dishes makes diners spend more, according to restaurant menu expert Gregg Rapp. He found that adding a single photograph of a dish to a menu page increased it sales by a factor of three. Furthermore, removing currency symbols on the menu also makes diners likely to spend more freely. 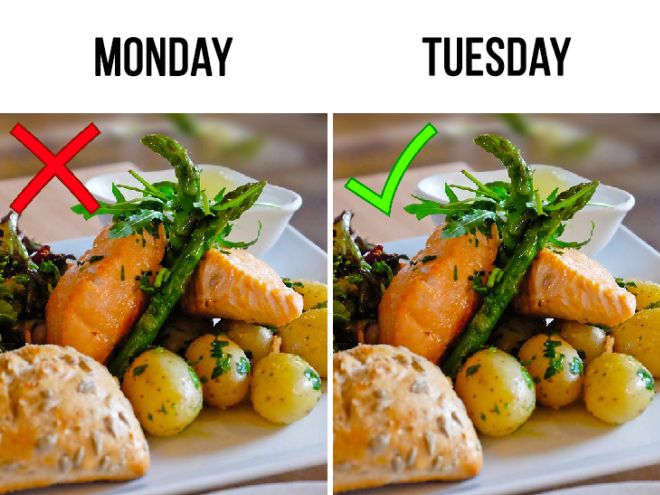 Did you know that most restaurants order their fish on Tuesdays and Thursdays? That’s why they have a tendency to put a fish dish on as a special on a Monday – they need to sell it before it expires. Various other deals and offers are arranged using the same logic. It’s often the case that said dishes are cooked ahead of other products due to their impending expiration. 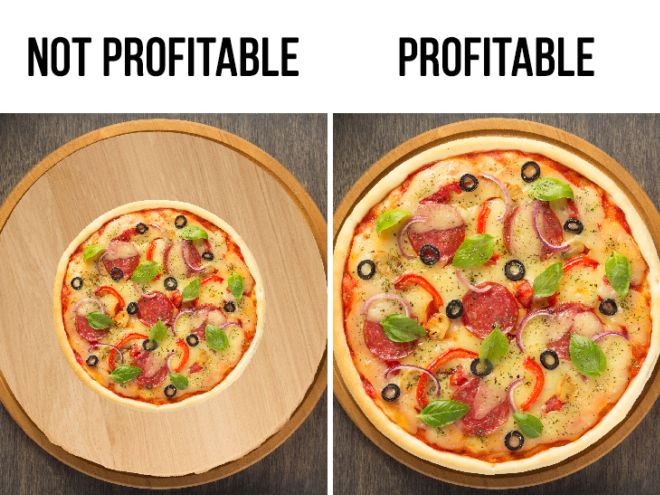 Occasionally, you can see two different portion sizes of a dish on a menu. This is a strategy known as bracketing. This allows a restaurant to sell a smaller portion for an increased price, saving money on the quantity of products used. With that being said, it’s always selling a larger portion that’s more profitable for restaurants and cafeterias. 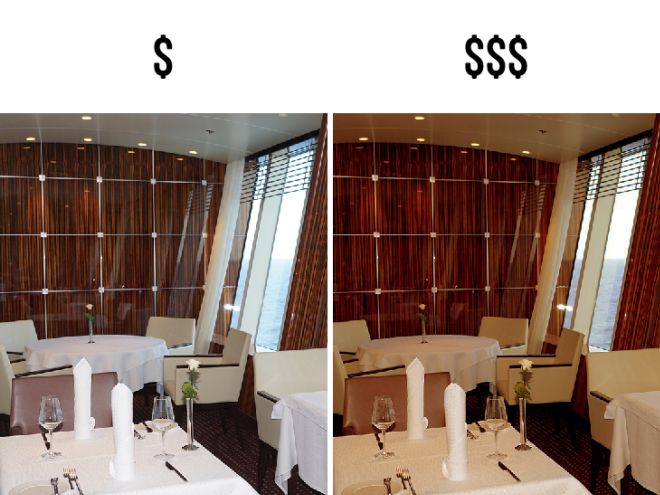 Expensive restaurants usually have softer lighting than their cheaper counterparts, and this is done deliberately to induce a state of relaxation in visitors. It makes them more likely to spend more time in the restaurant seeing as it’s such a calm environment, and this in turn leads them to spend more money. 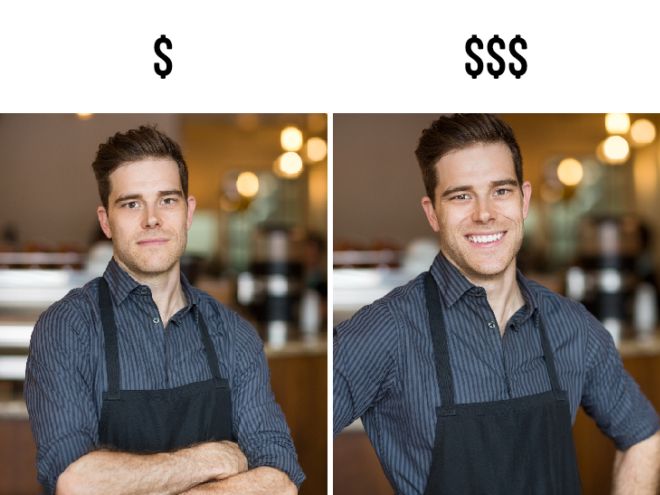 The quality of service in a restaurant quickly becomes apparent when you’re dining in it. Restaurant owners see good waiters as also being good sellers, so they should be able to tell a good joke, compliment diners and recommend dishes from the menu with ease.

This leads to clients trusting them, agreeing to special offers and even opting for a dessert after a heavy dinner. Good waiters also mean that diners spend more time in the restaurant, which in turns leads to them leaving good tips.