There can be few more obvious expressions of distinguished masculinity than a full, furry moustache.

These remarkable examples of facial topiary were pictured at a competition for best moustache in Brussels, Belgium.

Proudly whiskered gentleman from all over the region for the event, which was won by a man identified only as Jef.

His gravity defying facial follicles stretched the usual definition of moustache, incorporating as it did much of the beard from his cheeks as well. 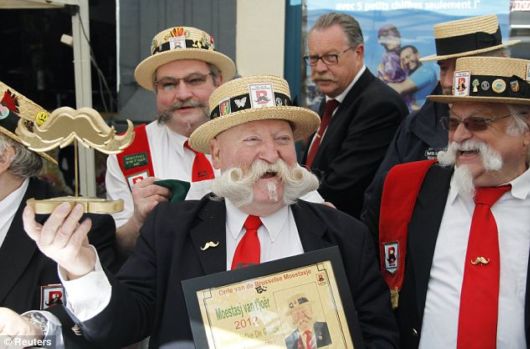 The golden moustache: Jef holds up his trophy after winning the competition for the best moustache of Brussels during a contest in central Brussels earlier today 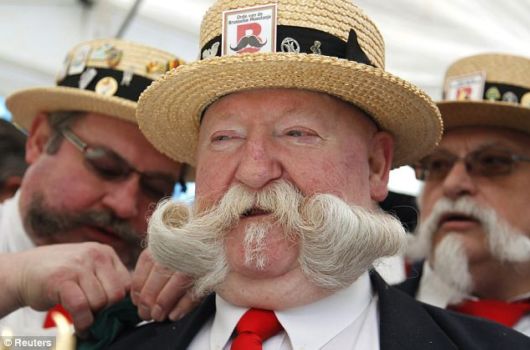 Proud: Jef smiles as a competition organiser pins on his champion’s pin after he is named the winner 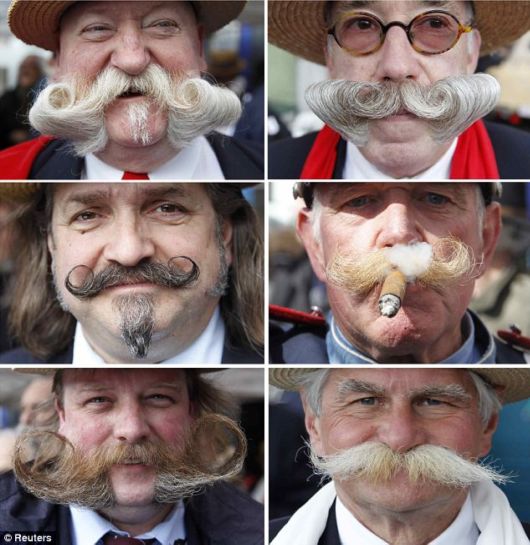 Hairy heroes: This combination photo shows some of the best moustaches of the day at the event 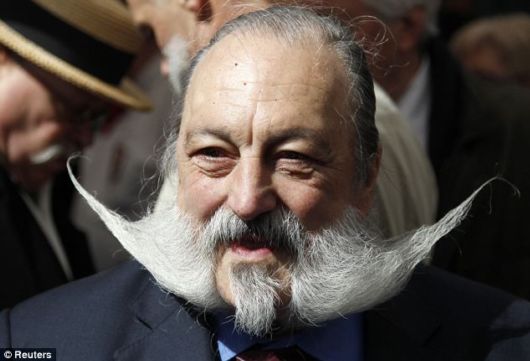 Runner up: A participant poses for the camera