Anyone who bought an apartment here sure has a problem.
Talk about a collapsed market!

YES, IT’S An ENTIRE 13-STORY BUILDING IN CHINA LYING ON THE GROUND. 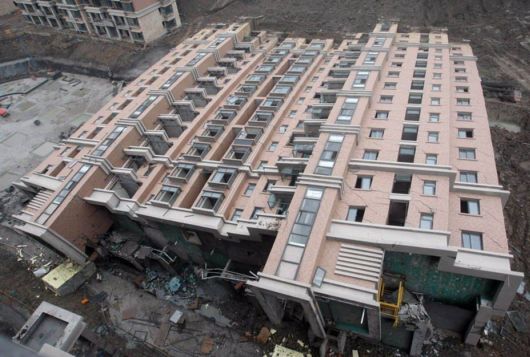 (2) The excavated dirt was being piled up on the north
side of the building, to a height of 10 meters (32 ft).

(3) They dug right up to the base of the building.
Then the rains came.

(4) The building experienced uneven lateral pressure
from north to south.

(5) This resulted in a lateral pressure of 3,000 tonnes,
which was greater than what the un-reinforced pilings
could tolerate. Thus, the building toppled completely
over in a southerly direction. 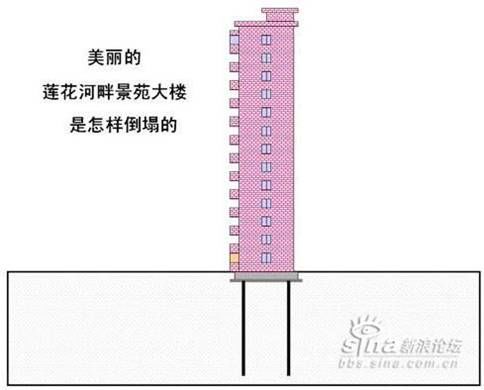 *First, the apartment building was constructed.* 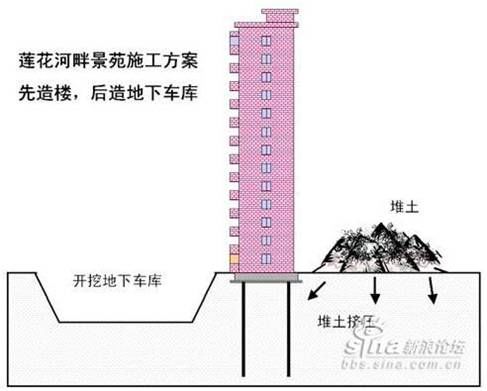 Then the plan called for an underground garage to be dug out.
The excavated soil was piled up on the other side of the building. 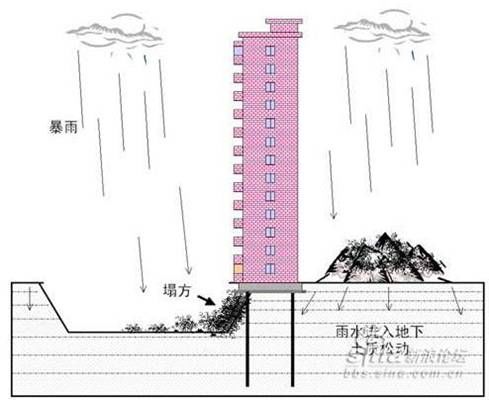 *Heavy rains resulted in water seeping into the ground.* 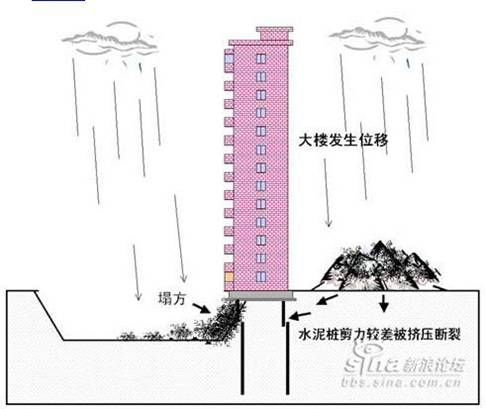 The building began to tilt. Then it began to shift, and the
"hollow" concrete pilings were snapped due to the uneven
lateral pressures. 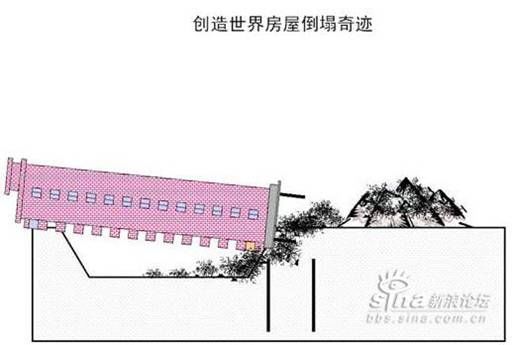 And thus was born the eighth wonder of the world. 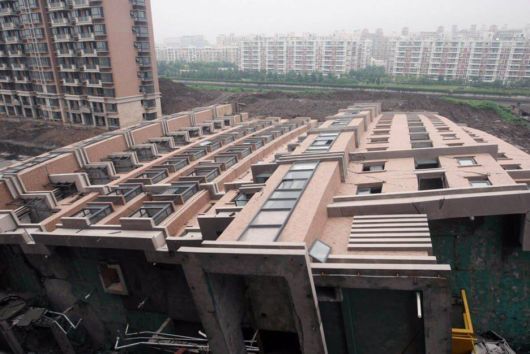 If these buildings were closer together,
it would have resulted in a domino effect. 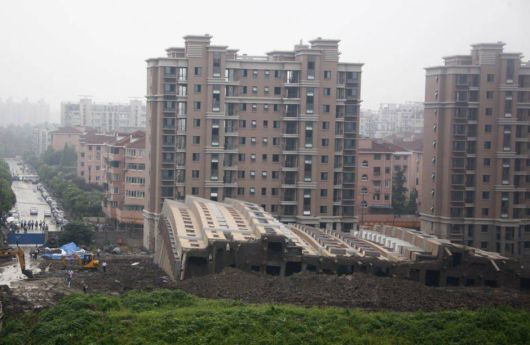 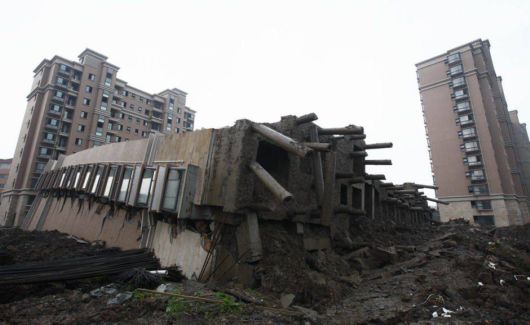 Notice that there’s NO rebar in the pilings!
Just some wire mesh. 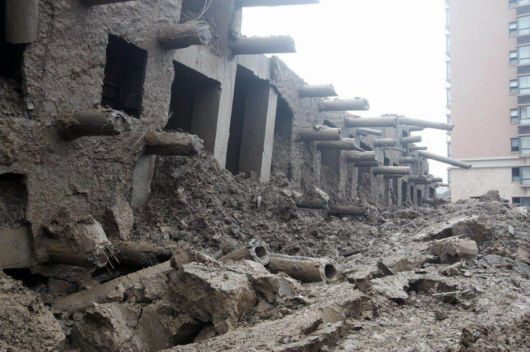 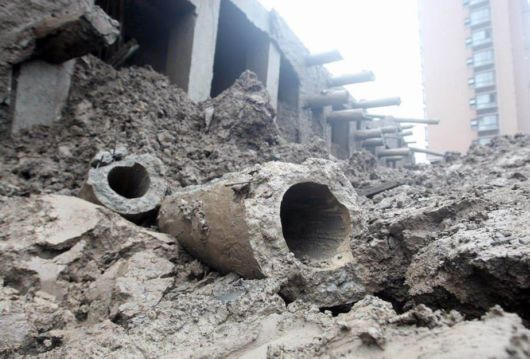 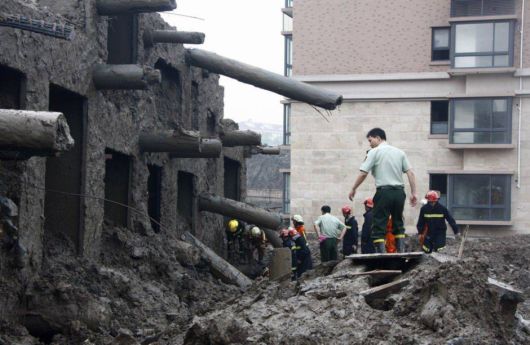 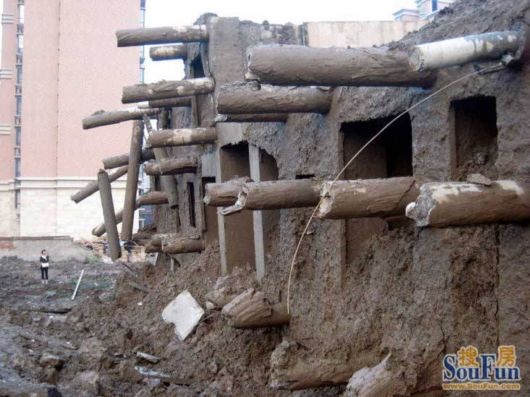 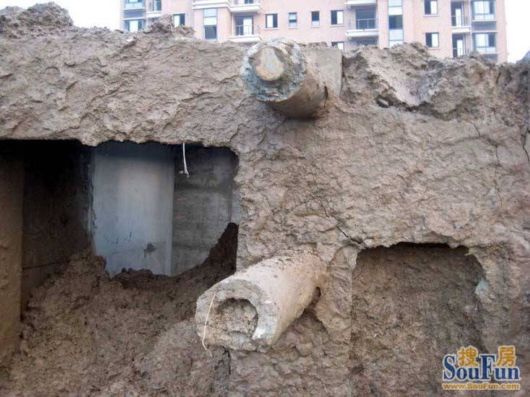 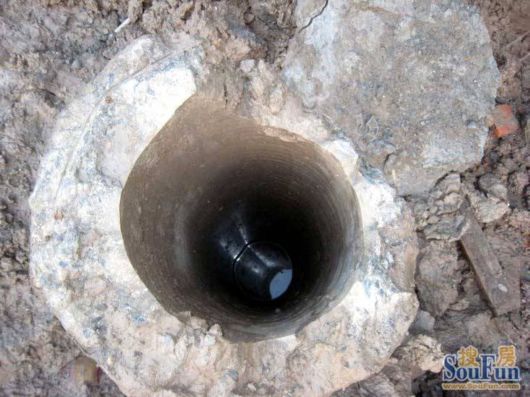 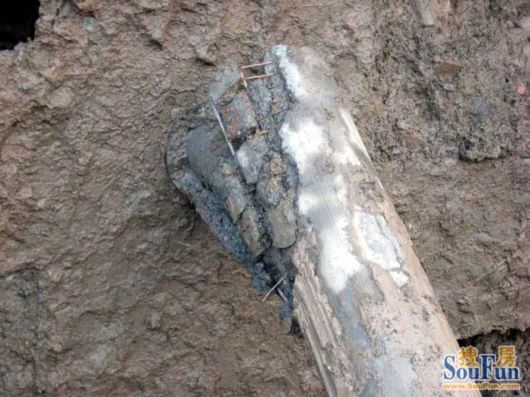 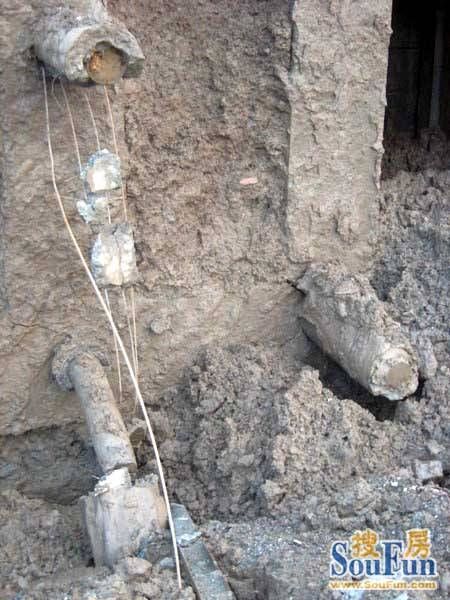 They built 13 stories on grade, with no basement,
and tied it all down to hollow pilings with no rebar.

Brought to you by the same folks that make your kids’ toys
and want to build your next car.
Now that, folks, is a true snafu.
Don’t you feel better now that these are the folks that
manufacture nearly EVERYTHING we buy and use today?