On one side a sheer rock face, on the other a 4,000ft drop – and all to separate the brave traveller from a deadly plunge is a 3ft-wide, 2.5in thick walkway. And if that is not enough to bring terror into the pit of your stomach, the path running alongside a Chinese mountainside is made out of glass, allowing a crystal-clear view of where one false step can take you. So it was perhaps understandable that this woman tackled the walkway by sticking as close to the cliff as possible, feeling her way along with tentative steps. The skywalk is situated 4,700ft above sea level on the side of the Tianmen Mountain in Zhangjiajie, China. 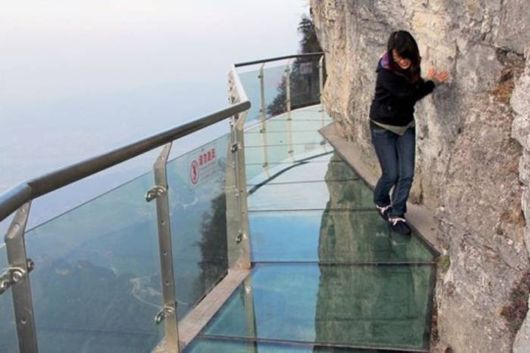 The 200ft long bridge joins the west cliff at the Yunmeng Fairy Summit, the summit of Tianmen Mountain and Zhang Jiajie. And it would appear to be too scary for the cleaners – tourists are asked to put on shoe covers before passing to help keep the path clean. The pathway, built earlier in the summer echoes the glass-bottomed walkway at the Grand Canyon in the U.S. The 70ft bridge is 4,000ft above the natural wonder and allows tourists to look through 2.5in of crystal-clear glass to the Canyon floor below. The Tianmen mountain, literally translated as Heavenly Gate Mountain is so called because of a huge natural cave that occurs halfway up to the summit. Situated in the Hunan Province, Its highest peak is around 5,000ft above sea level and it is home to a wealth of rare species of plants. A four-mile-long cable car was constructed in the park, which is said to be the longest of the same type in the world.And no matter how terrifying the glass walkway may be – it can only be an improvement from another sky high mountain walkway located in the same province. The Shifou Mountain, located 82 miles away, offers sightseers a 3ft-wide road made of wooden planks thousands of feet high. When finished the wooden ‘road’ – which is the width of a dinner table – will stretch for 1.8miles making it China’s longest sightseeing path. 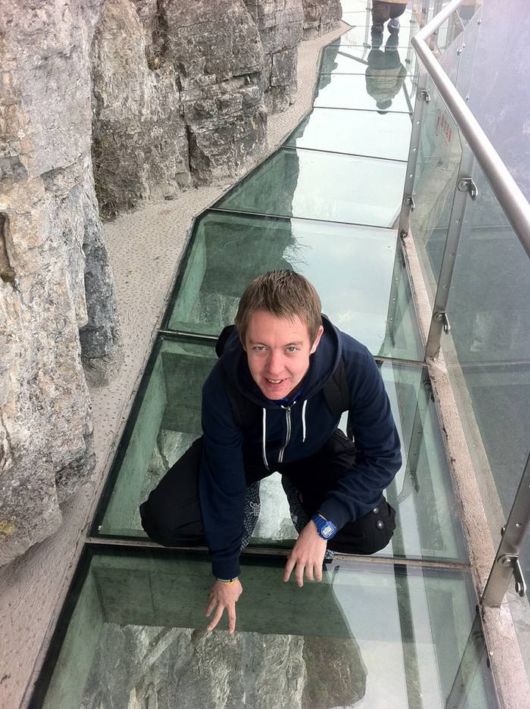 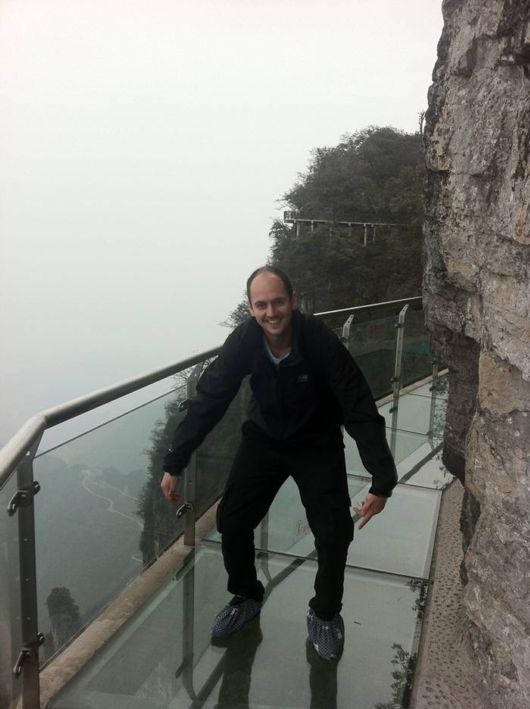 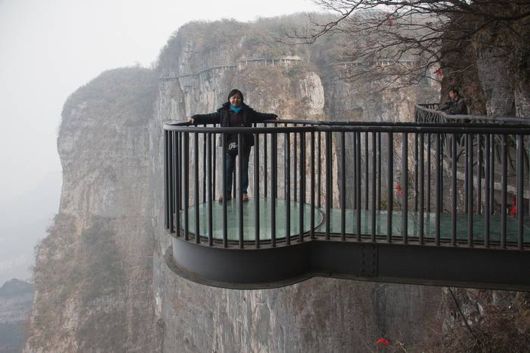 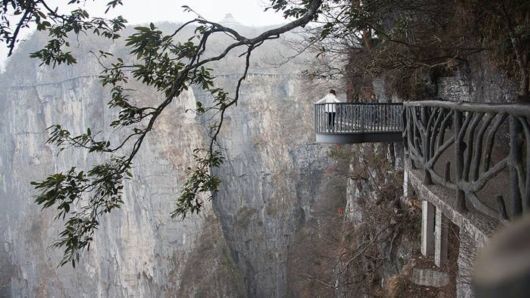 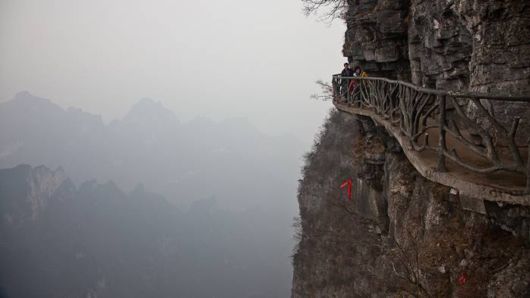 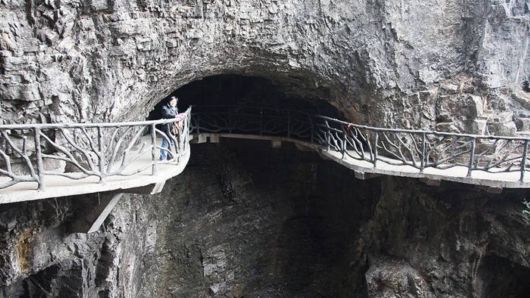 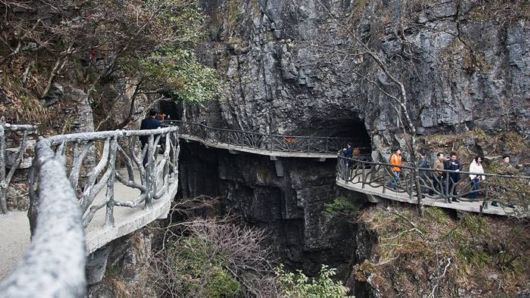 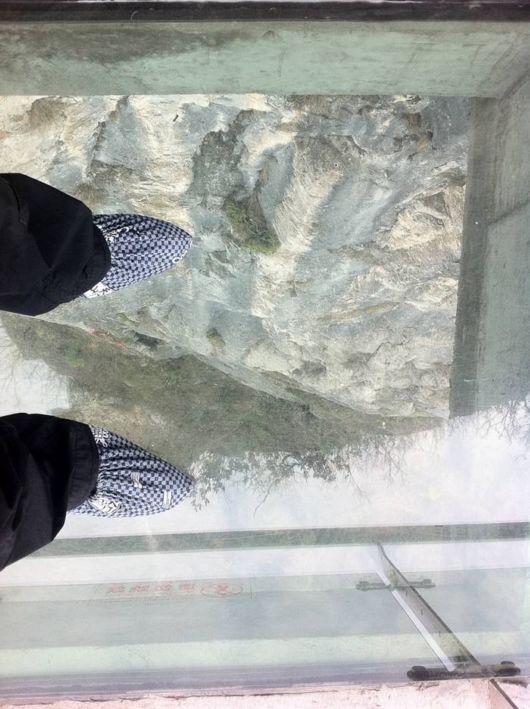 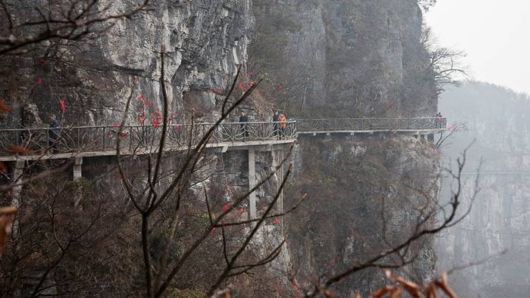 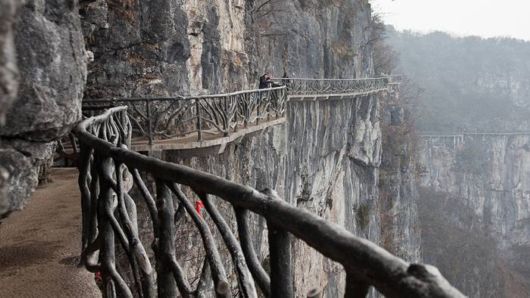 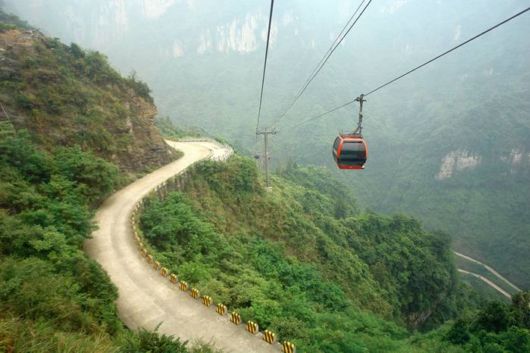 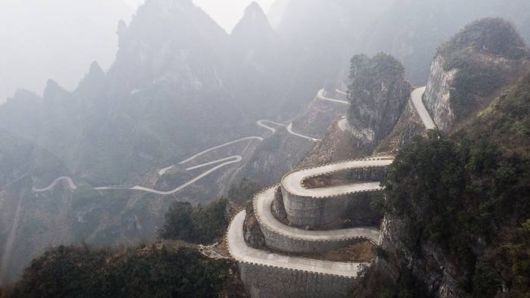 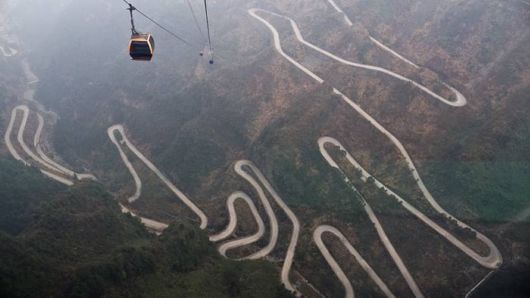 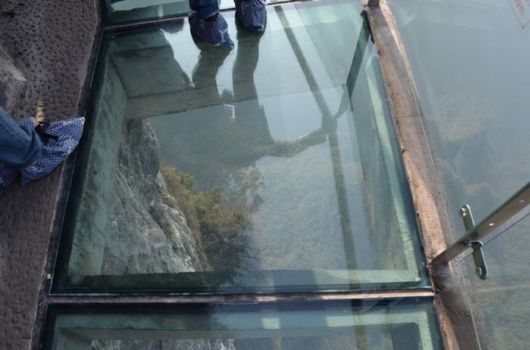 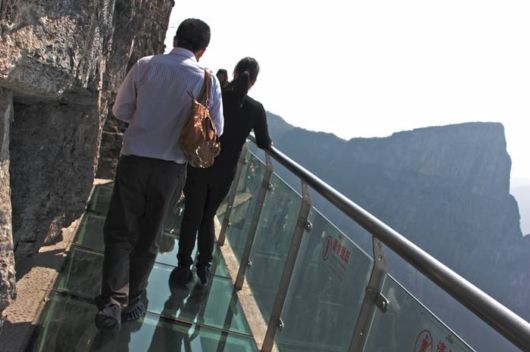 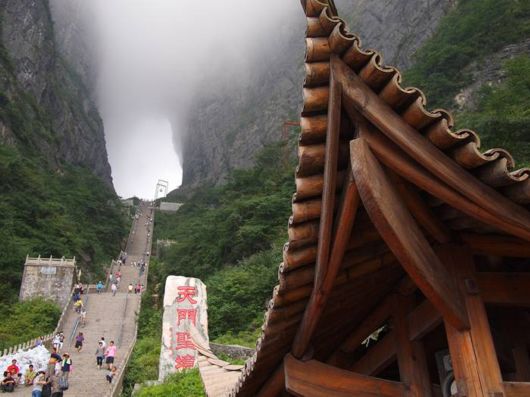