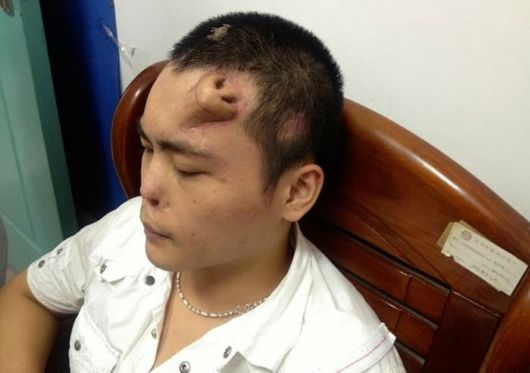 Doctors Grow New Nose On Forehead Of Chinese Man, Xiaolian, To Replace One Lost In Car Accident. Surgeons at a hospital will transplant a new nose grown on a patient?s forehead to his nasal spot in Fuzhou City, east China?s Fujian Province. The patient, nicknamed “Xiaolian,” 22, suffered a severe nasal trauma in a serious car accident in August 2012. 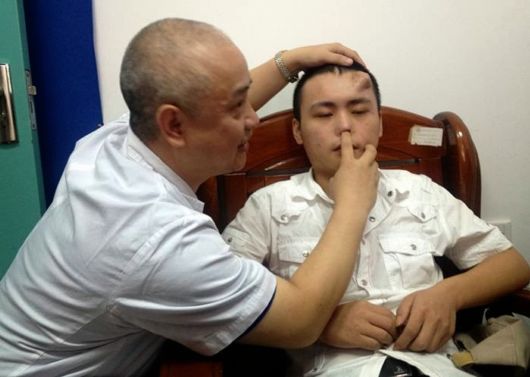 Doctors grow new nose on Chinese man’s forehead after road accident leaves him with damaged cartilage. He just received basic medical remedy rather than a plastic surgery out of financial concerns following the accident. After months, however, his condition was infected due to absence of surgery and his nasal cartilage started to be corroded, making it impossible for surgeons to do nasal reconstruction. However, surgeons came up with an idea of growing a nose on Xiaolian?s forehead ? a medical practice never tried in the world. The way is to grow the nose by placing a skin tissue expander onto Xiaolian?s forehead, cutting it into the shape of a nose and planting a cartilage taken from his ribs.