I dare you to try even one of these truly vomit inducing dishes. Between the fried spiders, baby mice and cobra hearts you are sure to find something that will either cause you to wretch or run screaming.

P.S. Not for faint-hearted. 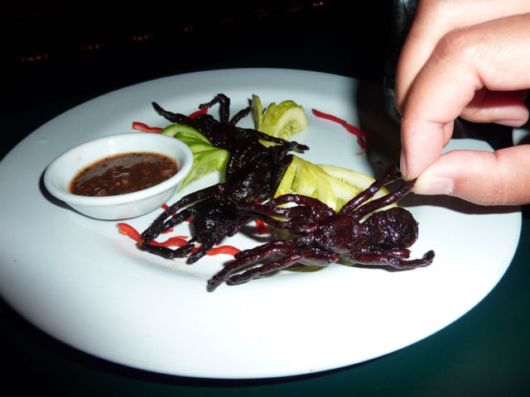 In Cambodia the habit of eating fried tarantulas began during a period of starvation in history, but nowadays they are considered to be quite a delicacy. 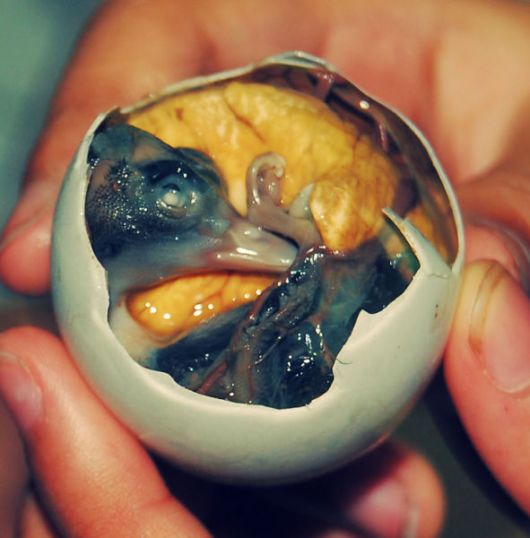 Balut is a ?snack? consisting in a half-fertilized duck or chicken egg, served with a little salt after being boiled. One can find it all over the streets and markets of Philippines, Vietnam, Laos and Cambodia and it is as popular as hotdogs are in the US. 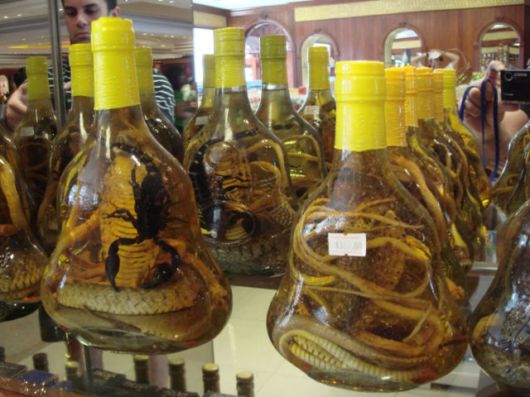 This unusual type of liquor can be found in Asia mostly and it is made out of a dipping Cobra or scorpion into a rice wine bottle. After a few months of fermentation, the venom is dissolved and the drink is good to serve! 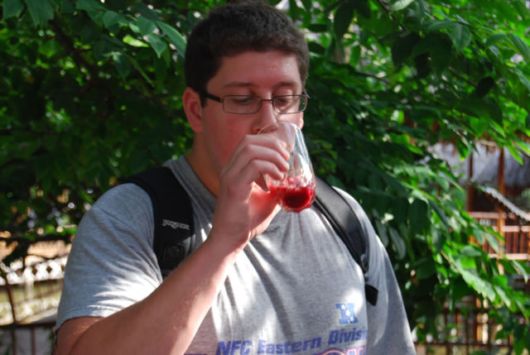 In Vietnam one can serve a live cobra?s heart: some eat it raw, along with a cobra blood chaser while others prefer to have it with some rice wine. 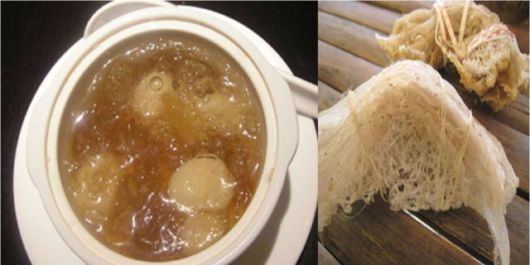 The saliva of the birds give this soup its unicity. It is one of the most expensive products consumed by humans, because of the difficulty in getting it.

Traditional in China and Korea, baby mice wine is considered to be a ?health tonic?. The confessed taste: raw gasoline. While still alive, newborn mice are thrown into bottles full of rice wine and left there to ferment. 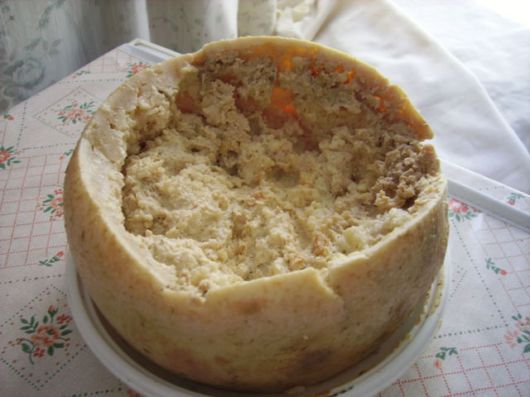 This is a type of cheese that few people would try, as it is stuffed with insect larva. Often referred to as ?maggot cheese?. It is consumed while the living beings inside it are still alive, otherwise it is said to be toxic. 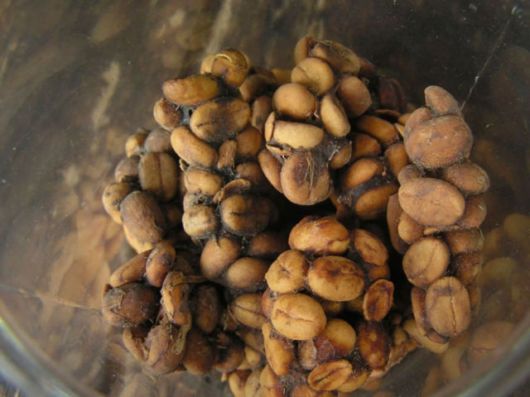 This is the rarest and most expensive coffee in the world, but still you might want to reconsider it, when someone politely invites you to sip from a mug full of it. Why? Because it is made out of the excrements of a creature that resembles a cat, called the Luwak. 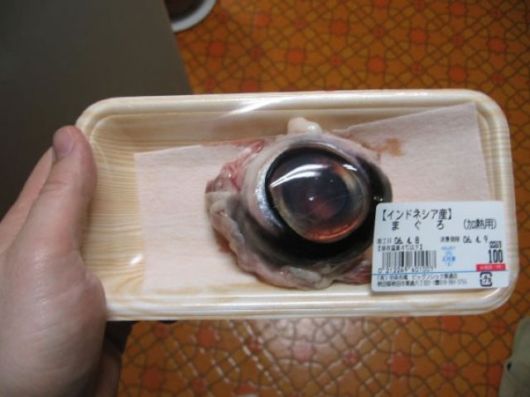 Usually served in Japan and China, the tuna eyeball is another weird dish that might not be for everyone?s taste. They say it tastes much better than it looks. 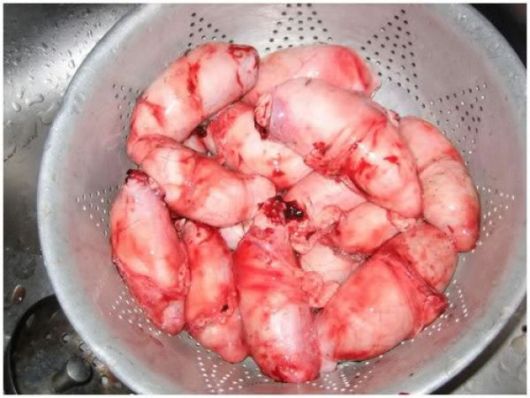 One might be tempted to think that these oysters can?t be much different from the ones you find at the bottom of the ocean, while they are, in fact, something totally different. A buffalo?s fried testicles got this name because it sounds more fancy. Best way to cook: peel, boil, roll into flour mixture and fry. 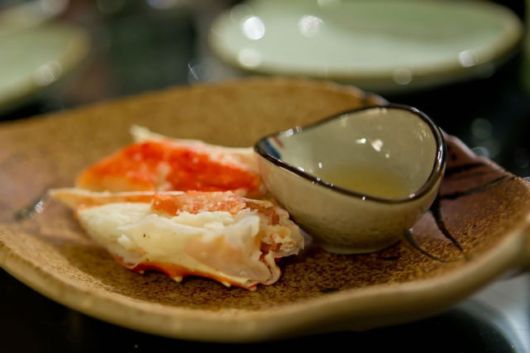 The poisonous Puffer Fish is a great sensation in many restaurants of the world. The thing is that only very qualified and trained cooks are allowed to prepare it, because of something goes wrong?well, let?s say that it could be your last meal. 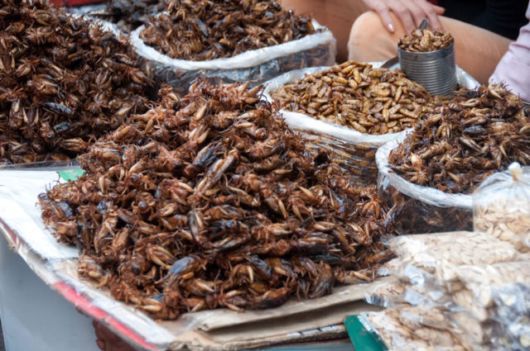 Insects make an old dish in many parts of the world, except Europe and North America. Served all crispy, they make perfect nutricious snacks! 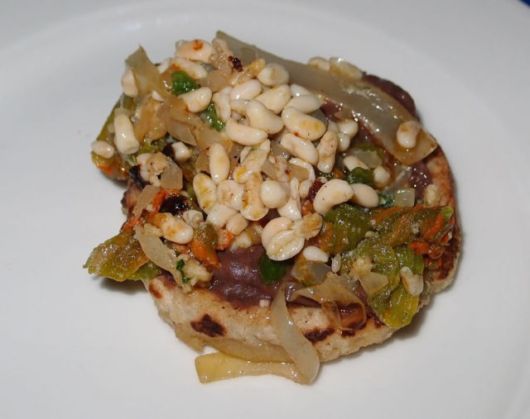 This weird dish comes from Mexico, from giant black ants. They make their nests in the roots of some plants.Collecting these eggs is not the most pleasant job one can get, since their owners are venonous and creepy. The eggs taste like buttery, being slightly nutty. 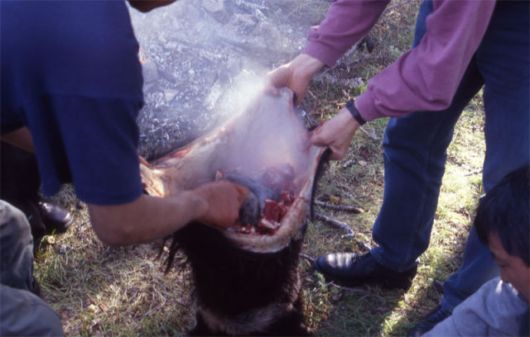 This one is prepared by cooking the animal ? usually a goat or a marmot from inside out. Yes, the WHOLE animal. Mongolians are the best cooks for this: the animalis cooked in its own skin, with the help of hot rocks. 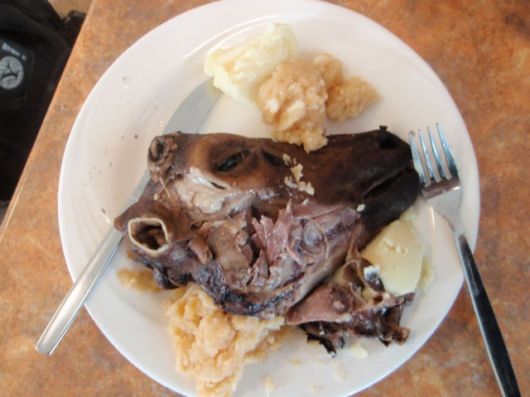 This dish can be served with or without brains: the head, of course. It is considered to be a delicacy even in the Mediterranean and Northern Europe areas. 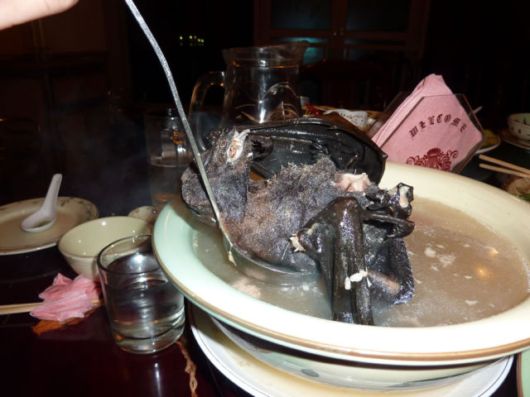 Even though bats are considered to be notorious disease carriers, they are still served in soups cooked mainly in Thailand and Guam, some parts of China even. 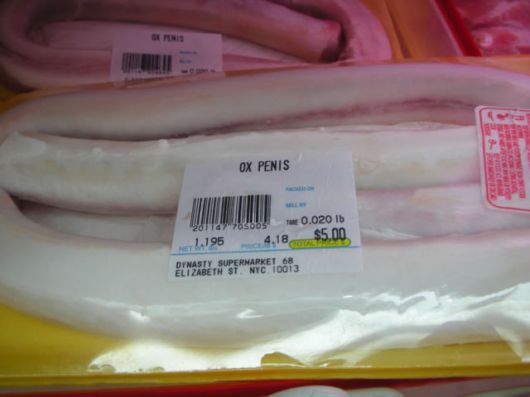 Cooked by steaming, deep frying or simply consumed raw, the ox penis is commonly eaten by humans in the Oriental countries. In the Western countries, ox penises are usually dried out and served as dog food. 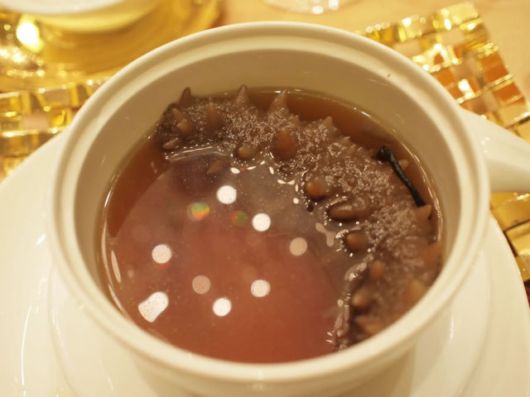 This is a fungus, a parasitic one, that invades the body of the insect larvae, eventually killing and mummifying the caterpillars. Mostly used as a medicine or as an aphrodisiac, the Caterpillar Fungus can be also served in soups. 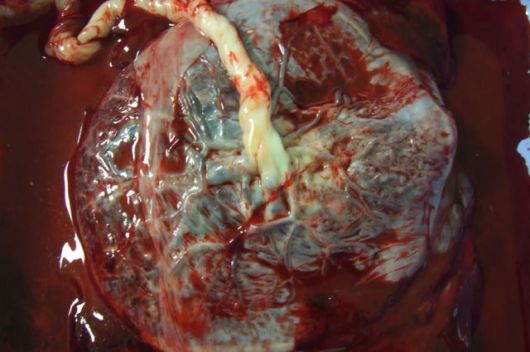 People who dare it this believe that it prevents postpartum depression and other pregnancy complications. There are various recipes to prepare it, even cocktails and it is found mostly in America and Europe, Mexico, Hawaii, China, and the Pacific Islands. 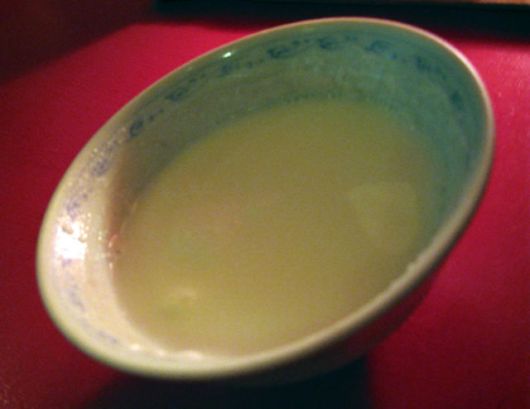 This is a rather gross drink, consisting in fermented mare milk. Because a female horse?s milk contains more sugars than the fermented cow?s or goat?s milk, kumis has a higher, though still mild, alcohol content. It also has a strong laxative effect.