Most photos were taken during flooding in Sofia, Bulgaria, in Minsk, Belorus, and in Moscow and Kazan, Russia. 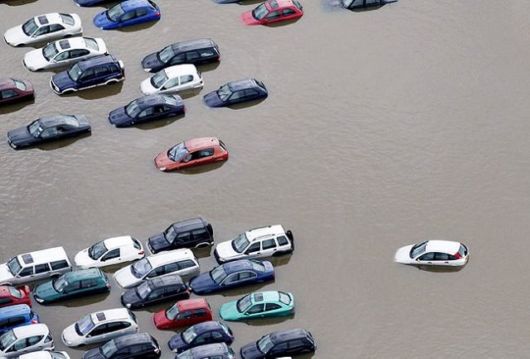 The water is rising in Kazan… streets are turning into rivers – 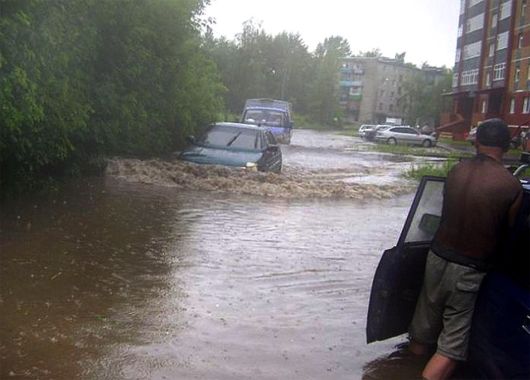 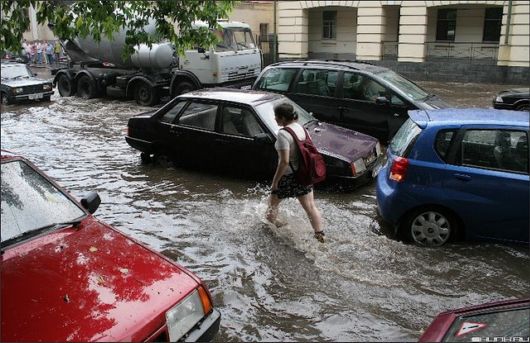 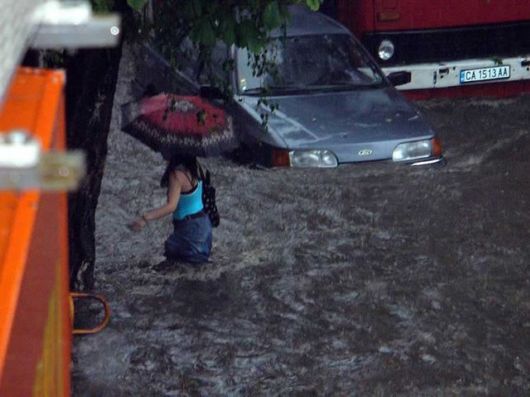 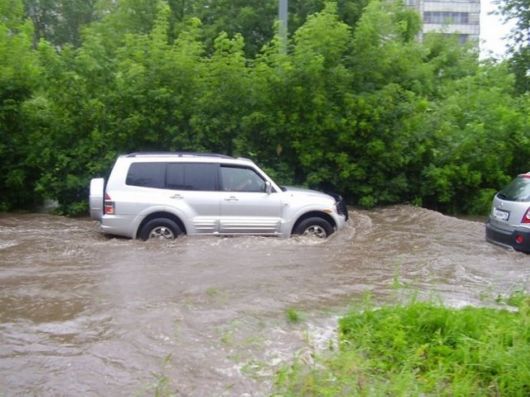 Some roads and bridges just get swept away – like this route in Stavropol: 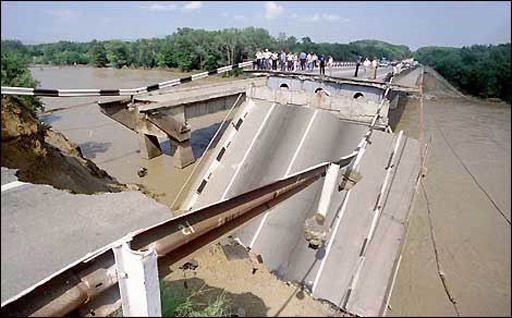 But if the road is still there and simply flooded, then –

Public Transportation Must Go On! 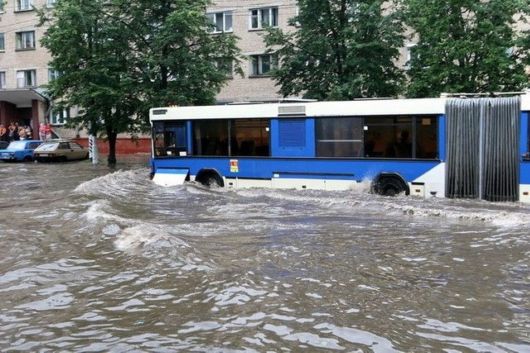 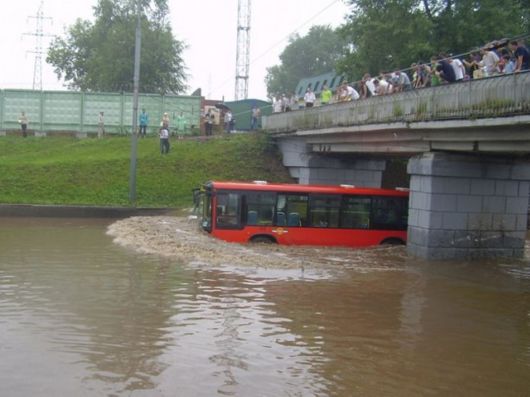 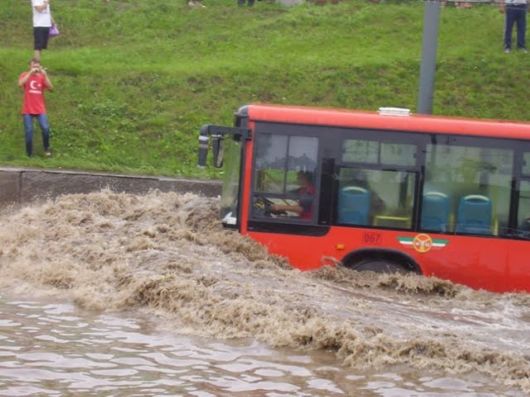 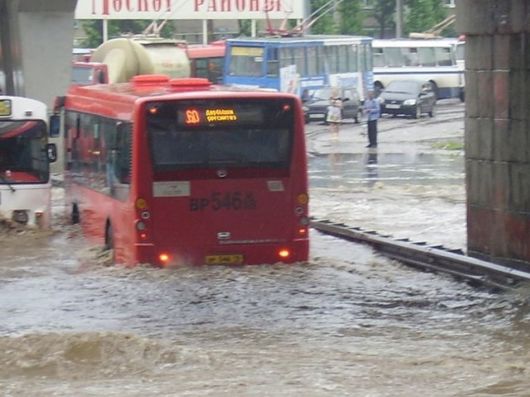 This bus does not want to play nice – 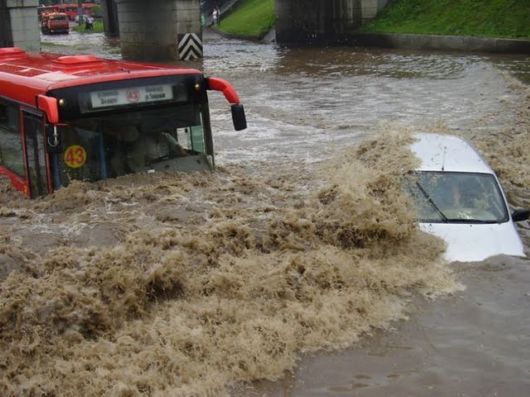 It seems "Impossible is Nothing" for these car drivers; and I have lots of respect for their efforts – 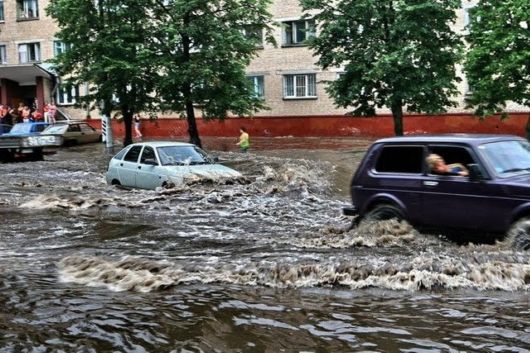 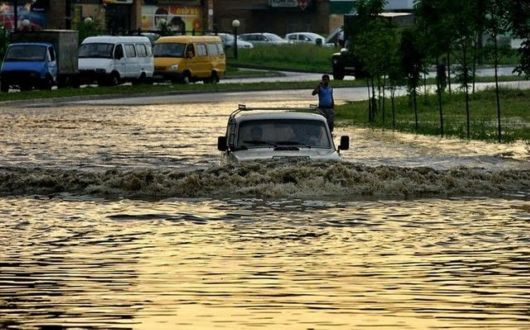 Trucks are invincible, or so it seems: 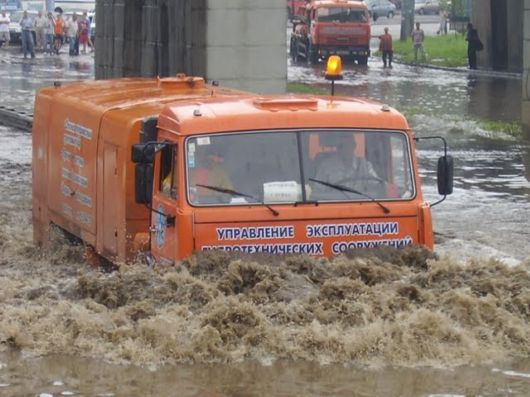 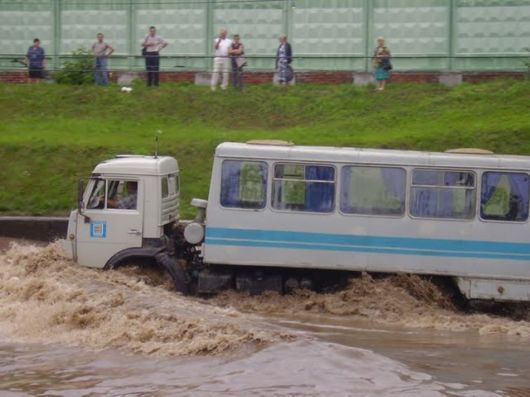 These ladies have better chance to get help than others: 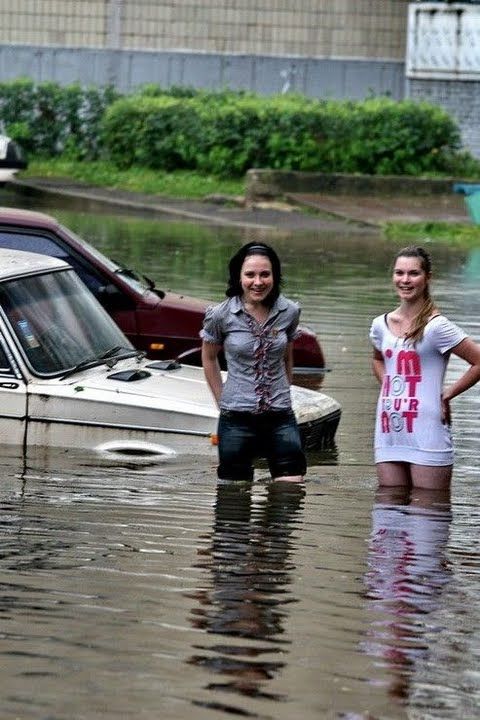 Indomitable! Maybe I can fix this…. – 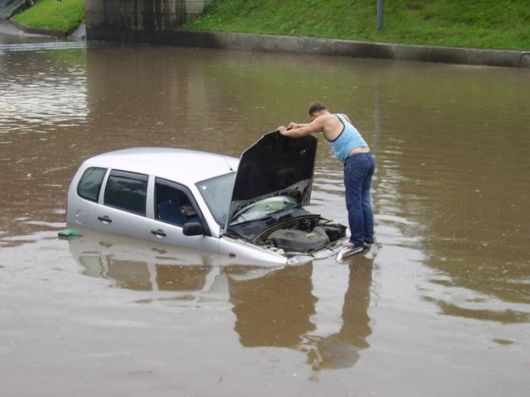 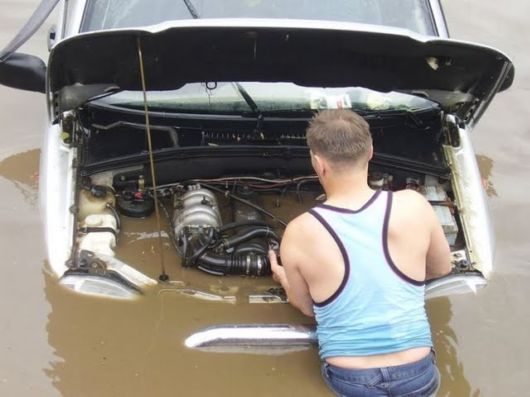 Nope, he is not going anywhere: 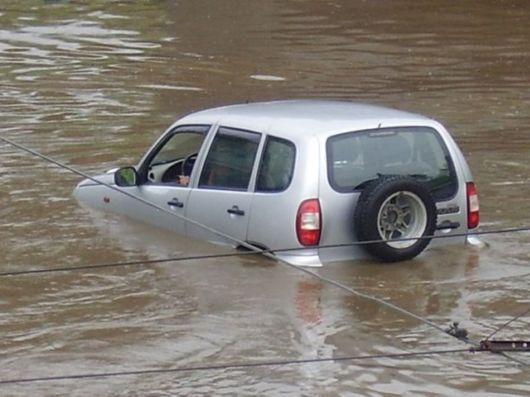 Well then, If I just push it… 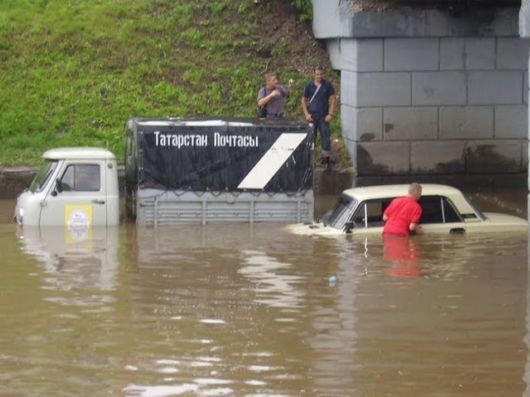 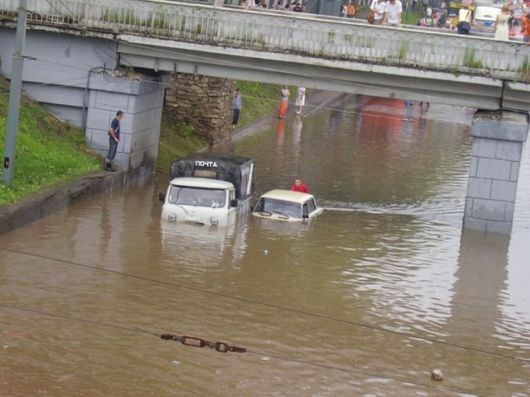 This guy is still trying to steer: 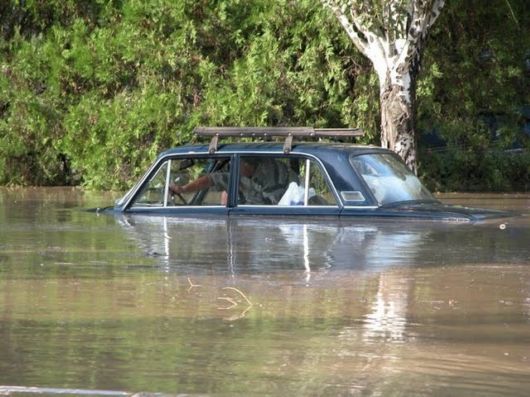 A bunch of optimistic drivers:
(flood in Novorossiysk, Siberia) 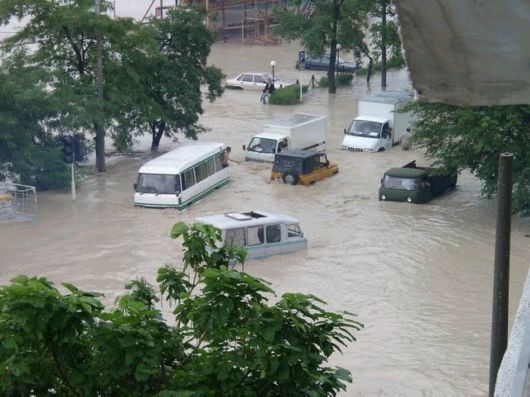 I did not know Russian vans can take such punishment: 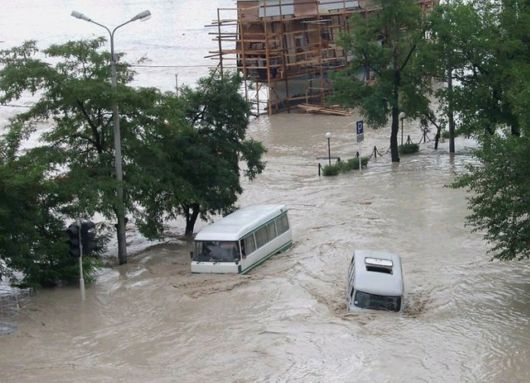 Nearby, the tornado (waterspout) threatens the oil refinery: 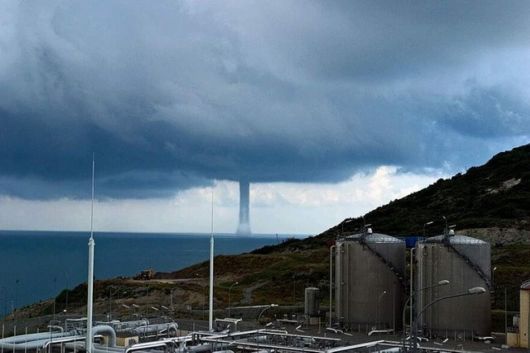 Heavy trucks (even of a military kind) might get in trouble too… although this particular image has a better ending: the truck made it to the other side; it’s a test track for the army vehicles, which includes deep water crossings: 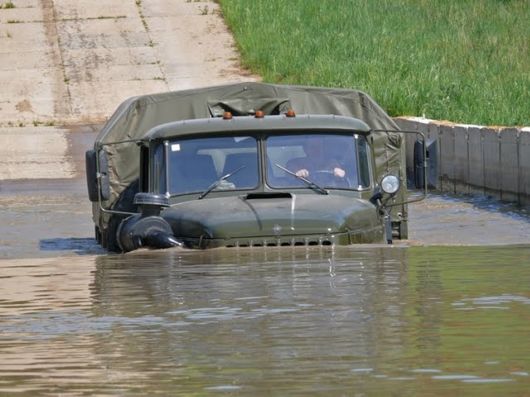 Some cars don’t need a wide-spread flood to get in trouble. It just happens to them – 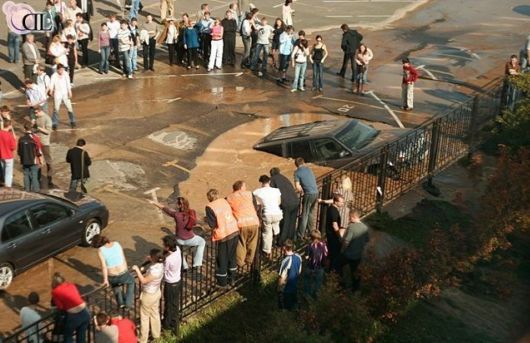 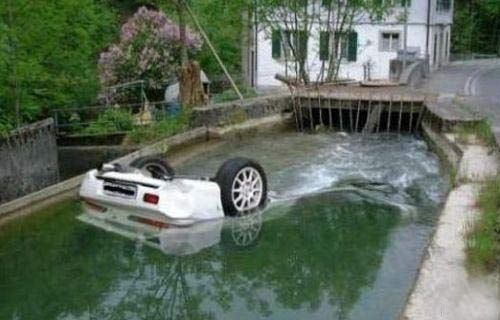 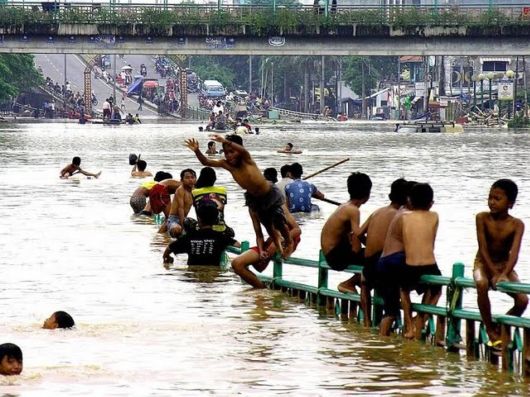 Need an idea what to do while stuck in flooded traffic? Take a hint from these statues: 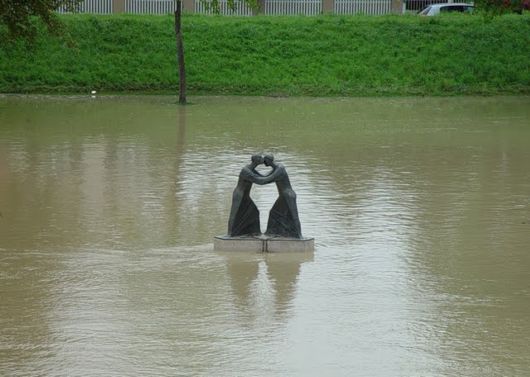