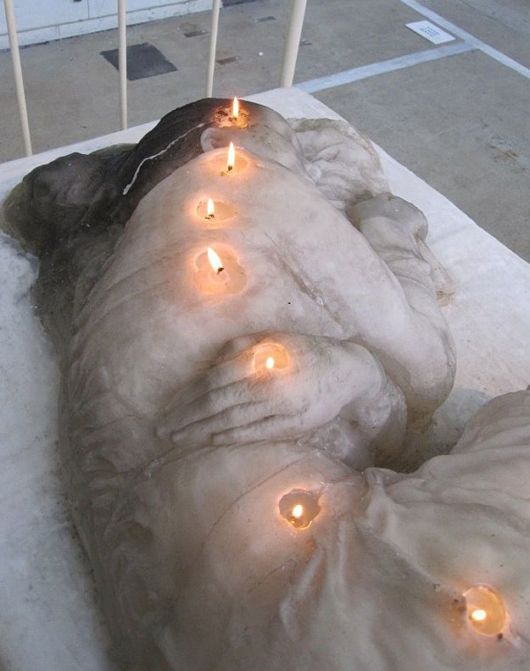 From what I’ve read all over the Internet the past day or so, the general consensus is that this candle girl is really creepy. Of course,

the designers wanted her to seem creepy or they wouldn’t have put the Alfred Hitchcock-like music in the video and placed her in that plain bed in a cold room, which looks like something out of a movie set in a mental institution. They also intended for there to be a little humor about it all too, and that is evident in the third picture below. The designers at A.F. Vandevorst created this bizarrely interesting candle sculpture made from wax for the 2011 Arnhem Mode Biennale. I wonder how much this candle weighs, what she looks like when she melts away, and how long that takes. I think the position they chose to put her in also adds to the creepiness. I’m trying to figure out if she’s supposed to be a sick teenager with mean parents or a scared woman who’s in a prison or something. Either way, she looks chilly. Someone needs to get her a blanket. I would love to have one of these in my house. I am a candle fanatic, and this is the most creative and original candle I’ve ever seen. 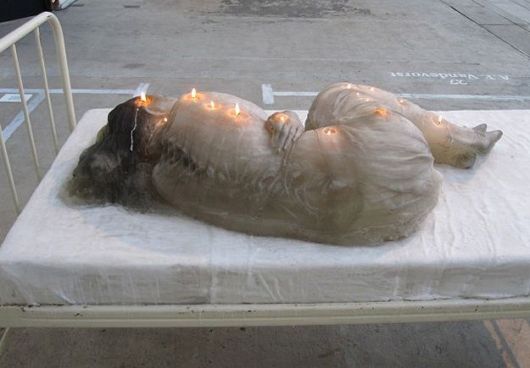 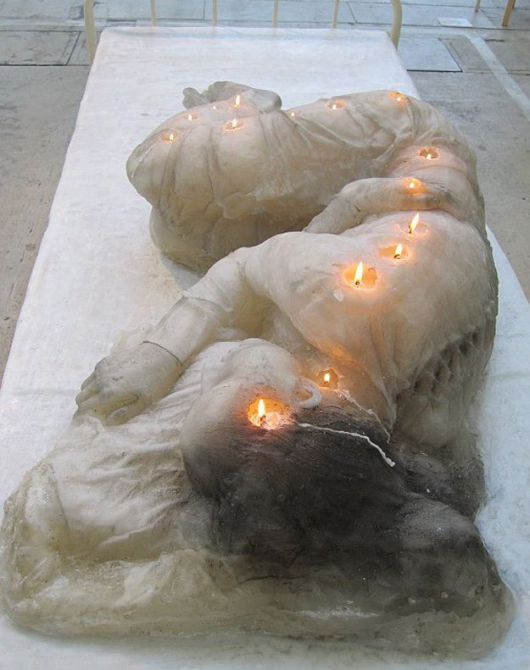 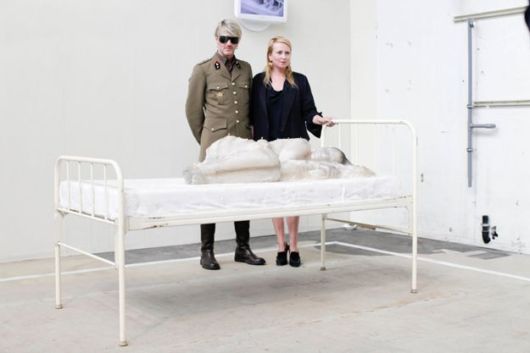