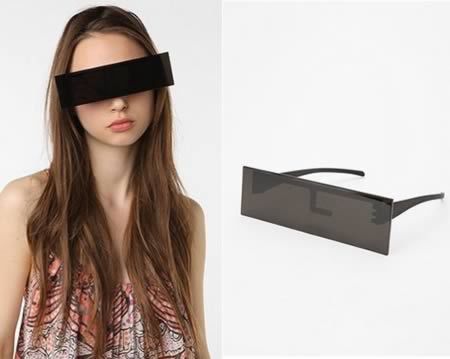 Facebook can be a wonderful tool for staying in touch with friends and family. Not to mention for spying on a few old flames. However, after a night of partying, when you were supposed to be taking care of your ?sick aunt,? can get you into hot water. Whether you want to keep your lifestyle under wraps from your boss, your parents, or the police, you can be proactive and avoid being tagged in risqué Facebook photos with the Embarrassing Photo Sunglasses. Perfect for ensuring that your identity is well concealed, these shades black out your eyes before the picture ever makes it to the social networking site. 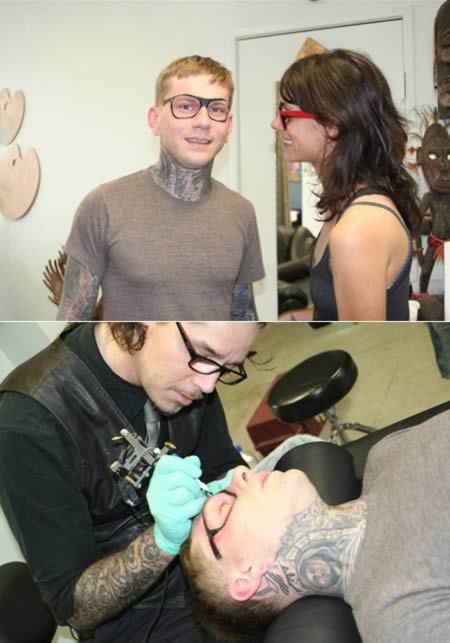 If you can’t afford a pair of glasses or always forget to use yours, this could be your solution. MatthewG15 decided to get some tattooed on his face. 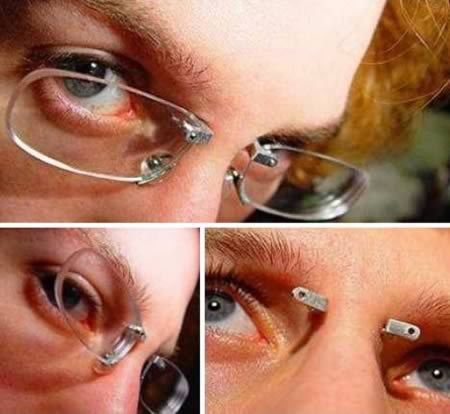 Tired of eyeglasses constantly sliding off the bridge of your nose? Sure you are; but wanting to screw the darned things on and actually doing it are two different things ? both of them kinda nutty. This ?edgy? implanted eyeglass mounting may look like a clever, creepy photoshop job but, as much as you’d like to believe that, pierced bridge glasses are as real as the pain of installation.

The concept was originated by James Sooy working with Oliver Gibson. Tiny magnets in the frames attach to flat areas on the bridge implant for a secure and exact fit. They aren’t available to paying customers just yet, but one thing is certain: people will want it done if only for the shock value. 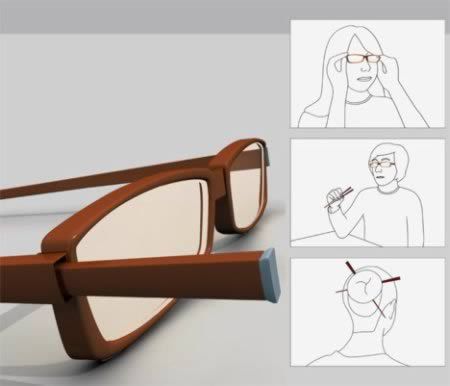 If you need to wear glasses, but often forget your chopsticks, designer Brad Gressel’s chopstick glasses will ensure you always have eating utensils on hand, or should I say on head? Be sure to wash these before and after you use them for eating as you don’t want sticky glasses nor dirty chopsticks. 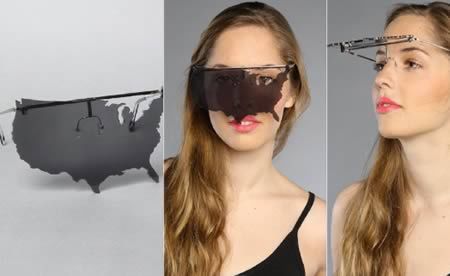 Because we totally need to give the rest of the world another reason to think we’re tacky as all hell and we’ll buy anything, here are The USA Sunglasses. The shades were designed by Jeremy Scott and, as you can see, they’re in the shape of the good ole U-S-of-A. 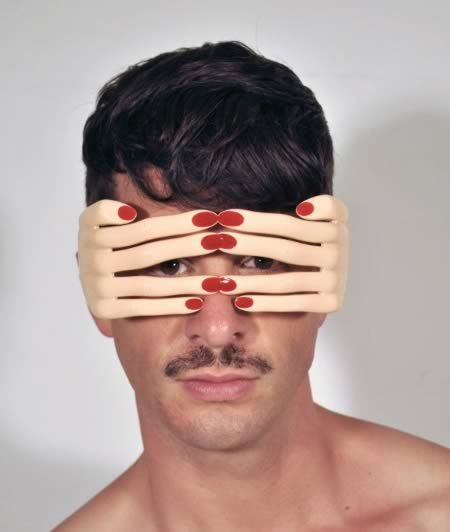 Rivaling the tacky factor of The USA Sunglasses is the Jeremy Scott Flesh Hands frame by Georgio. 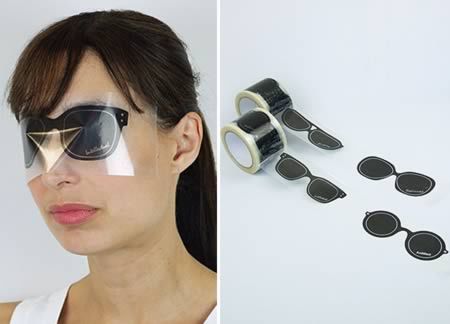 We’ve all seen a design where words start to fail us. I daresay that British duo Azumi & David take the cake, though, when it comes to outright outlandishness. Behold, the Sticker Sunglasses. 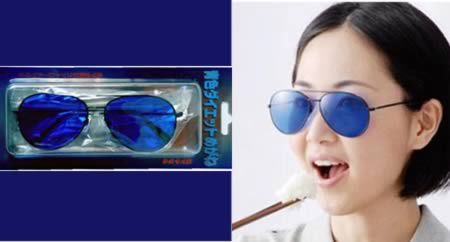 If your food looks disgusting, you’re less likely to eat it. While this is certainly true, it’s not enough to make the vision-dieter glasses any less silly. From the testimonials I’ve read, the glasses make you feel relaxed while going on your day-to-day routine, but they don’t help you lose much weight. Johnny Depp is a big fan of blue glasses, although it’s hard to say if he just likes their look or if he actually feels the effects from the lens color. 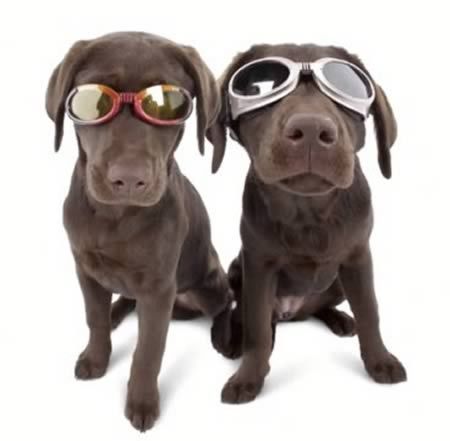 Eyewear for a pet dog? Sounds pretty dumb doesn’t it? But not if someone actually starts manufacturing them and turns them into a million dollar business. The business has received attention and coverage from CNN, Women’s World, People, Regis and Kelly, National Geographic and Animal Planet. The glasses are used to keep dirt and flying objects, such as stones, out of a dogs eyes when they hang their head out the window of a car (thanks, Rebecca).

Starting off with doggles, they have now expanded their business into a host of other accessories for animals which include Backpacks, Flotation Jackets, T Shirts, Caps, and Toys.

These sexy-legs sunglasses were inspired by the Can-Can Girls of Paris!