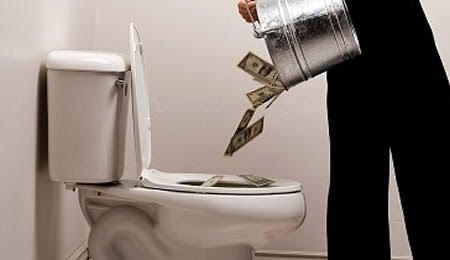 You pee, you poo, you pay. In 2004, the Maryland Legislature took a major step towards protecting the Chesapeake Bay and its tributaries, when it passed what has become known as ?the flush tax?.

The bill established the Chesapeake and Atlantic Coastal Bays Restoration Fund to be supported by a $2.50 a month fee on sewer bills and an equivalent $30 annual fee on septic system owners. Utilities customers saw a new line item on their quarterly bills beginning January 1, 2005 for $7.50 per quarter ($2.50 per month). These funds are collected by the County and turned over to the State who distributes the funds to utilities to upgrade wastewater treatment plants to reduce nitrogen discharge which causes algae blooms that harm fish, crabs, native plants and other aquatic life. The revenues from septic tank users are used to upgrade or replace failing septic systems and to provide financial assistance to farmers to help plant cover crops to prevent nutrient runoff from agricultural land. 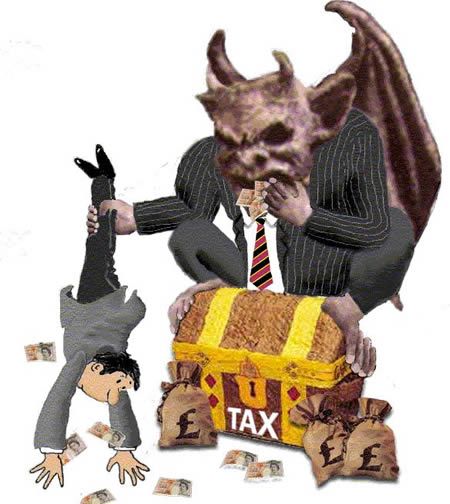 Peter the Great, czar of Russia, imposed a tax on souls in 1718, meaning everybody had to pay it (it’s similar to a head tax or a poll tax). Peter was antireligious (he was an avid fan of Voltaire and other secular humanist philosophers), but agreeing with him didn’t excuse anyone from paying the tax?if you didn’t believe humans had a soul, you still had to pay a ?religious dissenters? tax. Peter also taxed beards, beehives, horse collars, hats, boots, basements, chimneys, food, clothing, all males, as well as birth, marriage, and even burial. 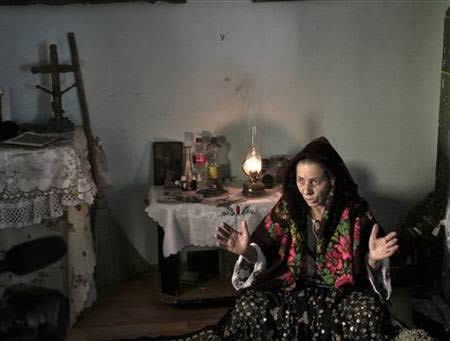 Like many countries, Romania is in a recession so it’s doing whatever it can to raise revenue. This year, the Romanian government identified a new source of heretofore untaxed profession: witches! Naturally, the witches aren’t taking this laying down and are planning to use cat excrement and dead dogs to cast spells on the president and government. Under the law, like any self-employed person, the witches must pay 16 percent income tax and make contributions to health and pension programs.

Also among Romania’s newest taxpayers are fortune tellers ? but they probably should have seen it coming. 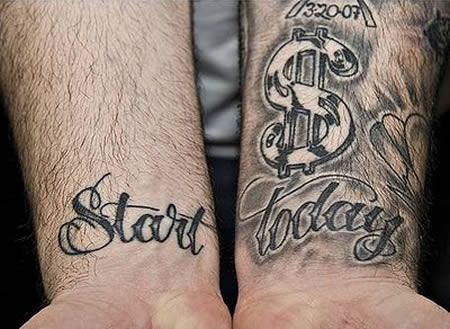 Since 2005, anyone in Arkansas wanting to get an eagle etched on their abs or a nose ring notched in their nostrils will have to pay an additional 6 percent, as the state included tattooing and body piercing in its list of services subject to sales taxes. Electrolysis treatments count, too. 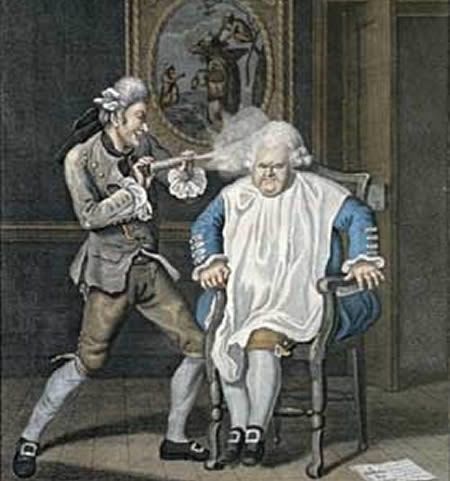 In 1795, powdered wigs were all the rage in men’s fashion. Desperate for income to pay for military campaigns abroad, British prime minister William Pitt the Younger levied a tax on wig powder. Although the tax was short-lived due to the protests against it, it did ultimately have the effect of changing men’s fashions. By 1820 powdered wigs were out of style. 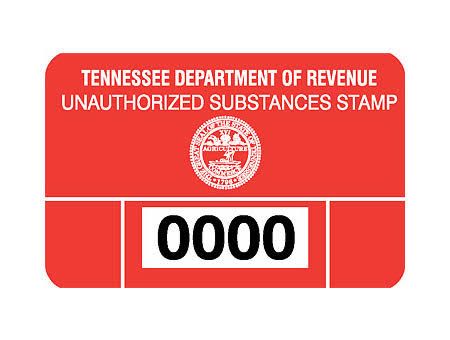 From 2005 to 2009 in Tennessee, drug dealers were subjected to taxes on the sale of illegal substances. The tax was levied per gram of illegal drugs: $3.50 for marijuana, $50 for cocaine, and $200 for meth and crack cocaine. Dealers were to pay anonymously at the state revenue office. In exchange for which they would receive stamps to affix to their illegal substance. The stamps served as evidence you had paid the tax on the illegal product.

Tennessee has collected more than $6 million from the crack tax, much of which came from confiscated property. In 2006 alone, the state collected $1.8 million. 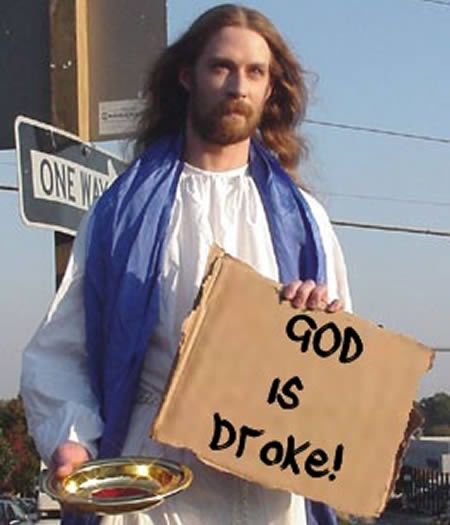 In Germany, the church is both a legal tax-raising statutory body as well as a community of faith. A Catholic who objects to paying church tax has to formally leave the church, and is subsequently excommunicated. During the last few decades, the Roman Catholic Church has lost significant number of adherents due to this tax.

The Church tax is also to be paid in Austria and Switzerland, the same principles apply (if you don’ want to pay, you have to excommunicate). Both Catholics and Protestants have to pay. Most of the money is used to support the Churches Welfare and charity programs. (Thanks, Julian!) 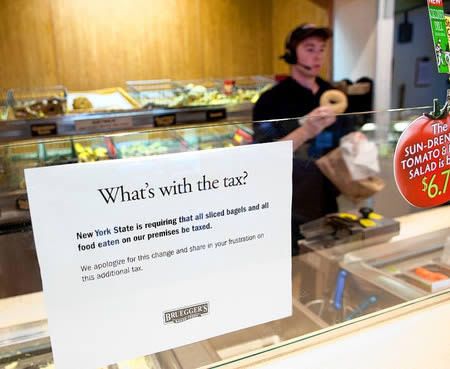 In 2010, New York cracked down on its enforcement of the tax on prepared food, specifically targeting a New York staple: bagels. If you buy a whole bagel and take it home with you, it is exempt from tax. However, if you purchase that same bagel, but eat it at the bagel shop (even without cream cheese), bagel shops must charge sales tax on the purchase price. Apparently, the mere slicing of a bagel kicks your bagel purchase into a taxable transaction. As a result, New Yorkers are paying approximately 8 to 9 cents more per bagel.
9. Urine tax 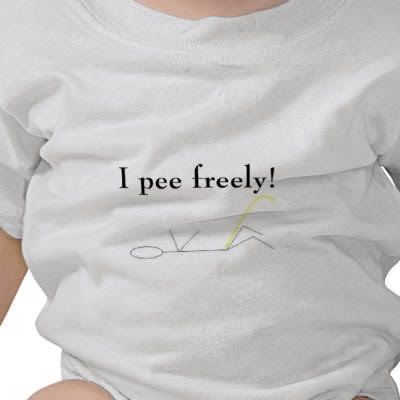 Pecunia non olet ("money does not smell") is a Latin saying. The phrase originally related to the urine tax levied by the Roman emperors Nero and Vespasian in the 1st century upon the collection of urine.

The tax was actually levied on the collection of urine by the toilet operators who sold it on, at great profit, to tanners and cleaners who utilized the liquid’s high ammonia content. Perhaps a reintroduction of this admirable recycling of waste products could aid modern sustainable industry practices. 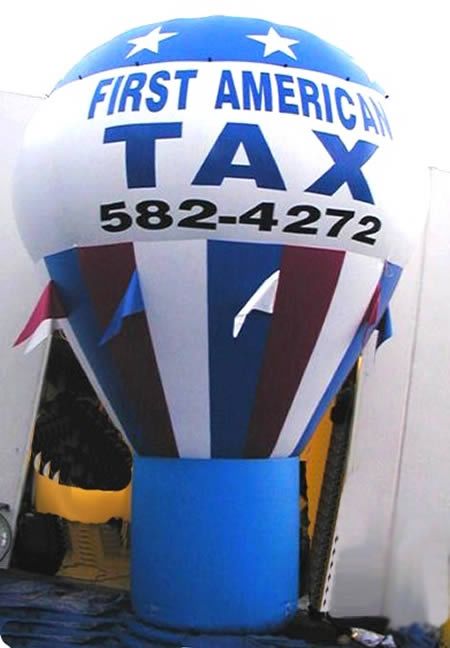 In 2010, the Kansas Department of Revenue issued a private letter ruling discussing the taxability of hot air balloon rides. Kansas generally taxes sales of admissions to ?any place providing amusement, entertainment or recreation services.? The question was not whether or not balloon rides are entertaining, but whether or not federal law pre-empts the imposition of state sales tax on sales of those rides. Under the Anti-Head Tax Act, 29 U.S.C. Section 40116, states and local jurisdictions are prohibited from imposing fees and charges on airlines and other airport users. The department determined that un-tethered balloon rides where the balloon is actually piloted somewhere ?some distance downwind from the launching point? would be considered carrying passengers in air commerce and would be pre-empted by the law. However, state sales tax can be imposed on tethered balloon rides.