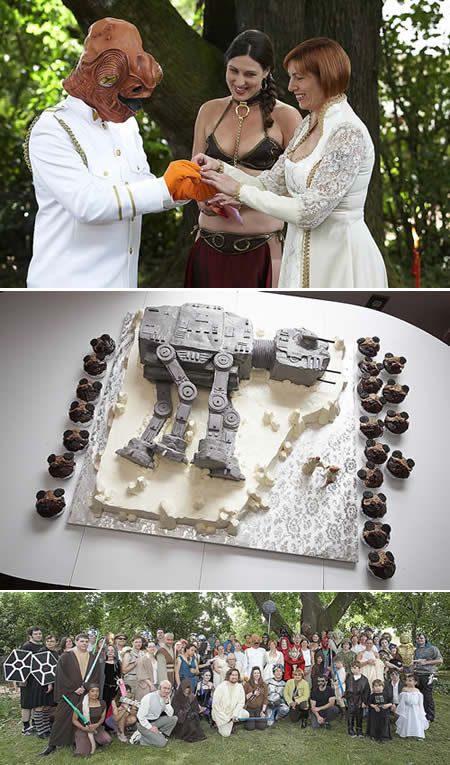 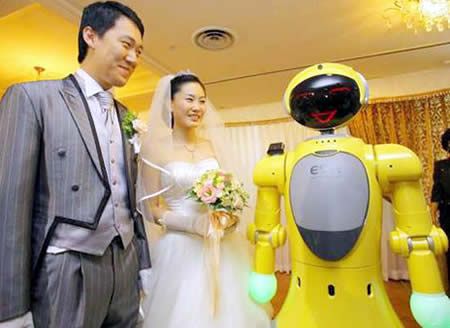 On June 2007, a robot dubbed “Tiro” stood in as the Master of Ceremonies (MC) at a wedding in South Korea. The robot was reported to speak in a “sweet female voice” as to not creep people out more than necessary, and wasn’t the only bot involved in the ceremony. Others lead guests to their seats and “performed,” whatever that means. The use of a robot as the master of ceremonies at a wedding happened for the very first time in history; interestingly, the Tiro costs a whopping 200 million won (US $215,000). 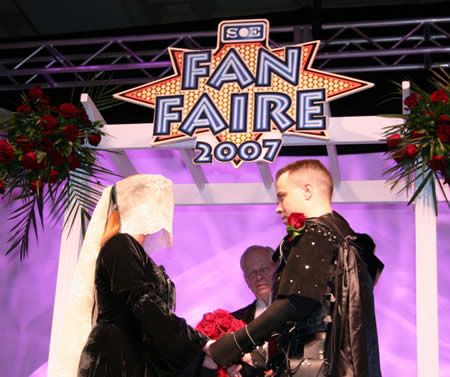 ?With this click, I thee wed.? That?s the opening line on the wedding video of Nathan and Kelly, two big-time gamers who got married in a combination virtual and real time ceremony at the Sony Online Entertainment Faire in Las Vegas. Both big fans of the game ?Everquest,? an online fantasy game, the pair were married by a Vegas pastor on stage at a buffet dinner at the end of the three-day gaming expo. Darth Vader and characters from ?Everquest? were part of the bridal procession, and after sharing a real-life kiss on stage the couple was invited to ?step into their future in Everquest.? Taking their game controllers in hand, the duo?s game characters, Lady Quaddra and Lord Garthan, were pronounced Mr. and Mrs. Stormslayer online.
Medieval Wedding 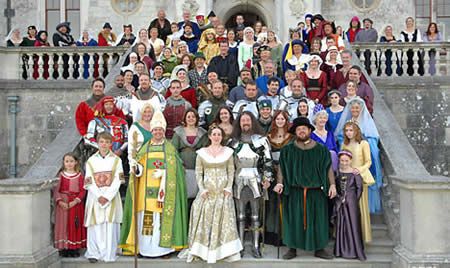 There hasn’t been a wedding like it for quite some time. About seven centuries, in fact. The bride arrived riding side saddle on a white mare in a dress made from 270 feet of silk. And waiting for her was her knight in shining armour – £10,000 of hand-forged steel trimmed with brass and velvet.

The scene was the wedding of Sian Jenkins and Rupert Hammerton – Fraser, who are so fascinated by the Middle Ages that they recreated a medieval ceremony down to the minutest detail – the bride even promised to be “bonny and buxom in bed”, a vow from a 14th century service. The £30,000 event at Lulworth Castle in Dorset ended with a banquet where guests many in home-made costumes were served medieval delicacies. The following day there was jousting, sword-fighting and even a full-scale battle re-enactment. 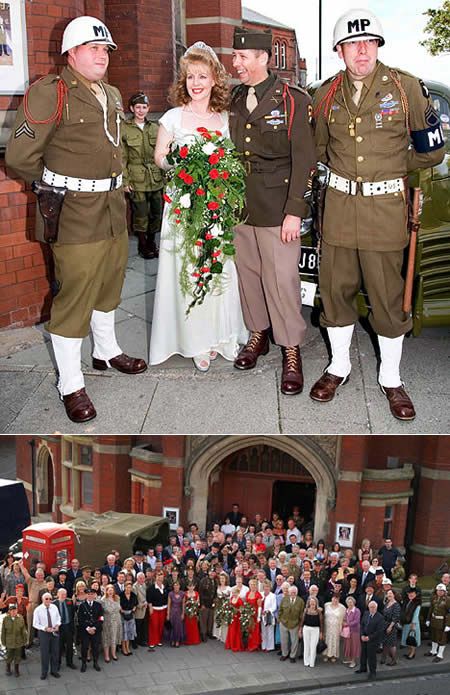 Jo Rowell and Tony Cox of Hartlepool, England were married in 2007 in style -1940s style

A blackout marked the beginning of the ceremony and the silence was broken by the sounds of Neville Chamberlain announcing war on Germany. The ceremony also included the sounds of sirens and Lancaster bombers flying overhead.

Spotlights lit up a trench scene in Normandy complete with a silhouette of an American soldier going over the top and glider planes above. Jo then made an entrance to the sound of Glenn Miller?s Moonlight Serenade and the touching ceremony went off without a hitch. 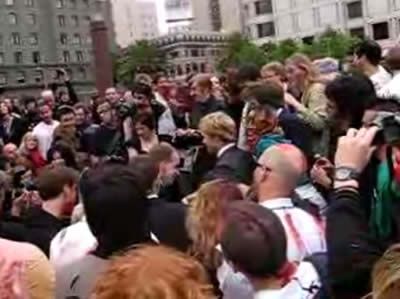 This couple was married during the annual Zombie Walk in San Francisco in 2007. Zombie Walks are organized public marches of participants dressed up like Zombies. Check out the related video section ? turns out the zombie theme is quite popular at weddings!
And some more from around the world 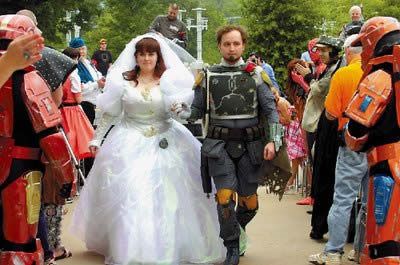 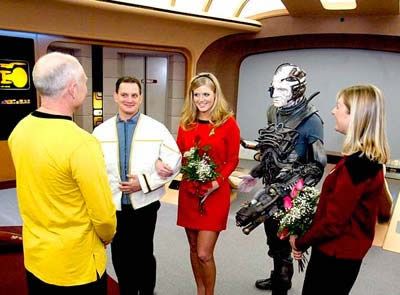 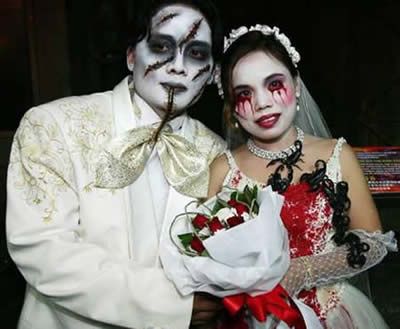 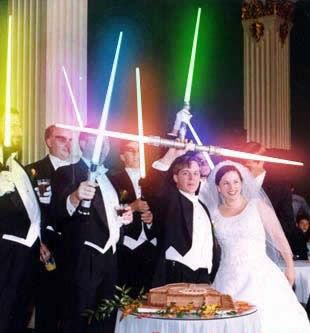 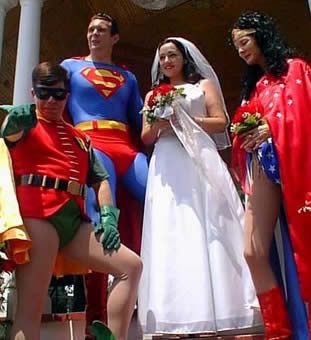