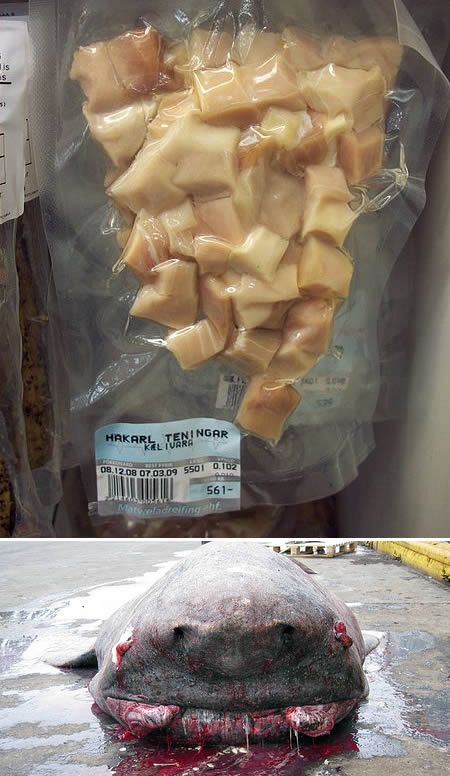 Popular in Iceland, the Hákarl is a basking shark which has been cured with a particular fermentation process and hung to dry for four to five months. It is often served in cubes on toothpicks and comes in two varieties; chewy and reddish glerhákarl (lit. "glassy shark") from the belly, and white and soft skyrhákarl (lit. "skyr shark") from the body. 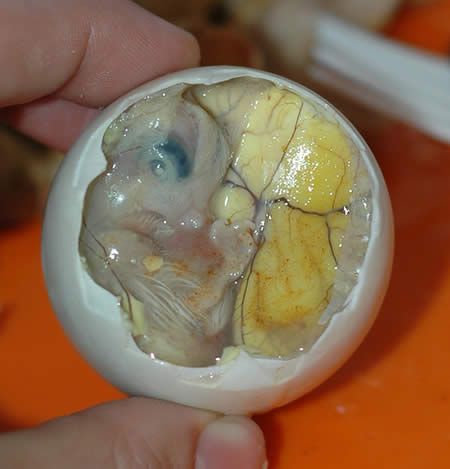 Balut is a fertilized duck egg, with a partially formed fetus inside. It is usually eaten by cracking open the shell and drinking the fluid. Then fetus is seasoned with salt and pepper, and eaten raw. These eggs can be commonly found in the Philippines and other parts of Southeast Asia. NOTE: according to some of our readers, the embryo is not eaten raw. The whole egg is cooked either by steaming, boiling or with heated sand. 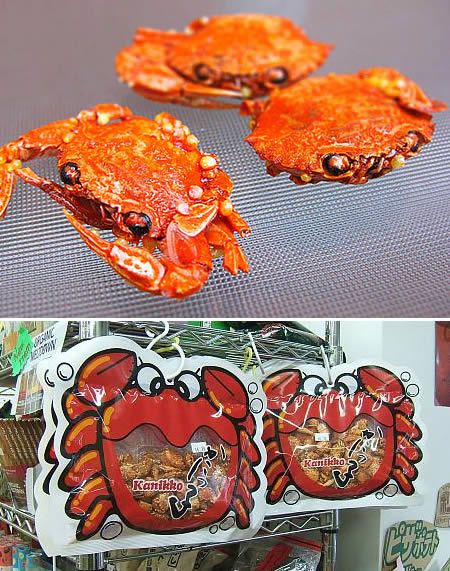 During the aging process of "Rotten Cheese," a fly called Piophila casei deposits its eggs on the cheese. When the maggots are born, they move throughout the cheese, excreting enzymes that give it an overwhelmingly pungent smell, a rotten taste, and a soft, creamy texture. The cheese is served at weddings and other family gatherings.

Escamoles are made from the eggs of black ants, which are collected from colonies, and harvested from the roots of the agave plant in Mexico. They must be collected, just before the larvae turn into ants, and the larvae collectors must wear protective gear to protect themselves from stings. Their taste have been described as that of corn, and they are often eaten in tacos.

A chinese snack, they feel mildly squid-ish, craggy on the outside and steamy-bouncy on the inside. 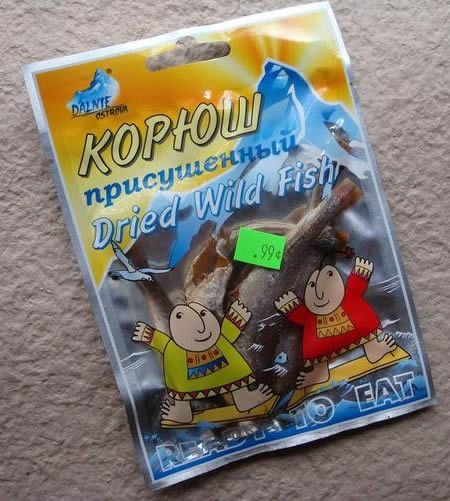 Targeted to kids, this snack made in China to be distributed in Russia may seem repulsive to some and the list of ingredients on the back of the pouch is refreshingly short: fish, salt.

8. Crickets on a stick 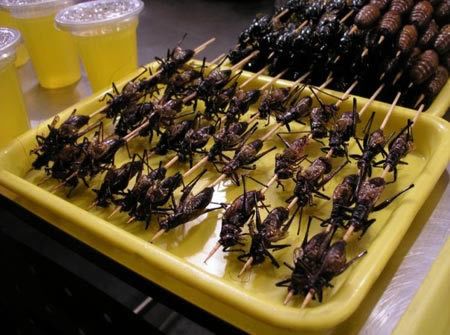 If you live in Beijing or Bangkok, you might fancy a taste of crickets. Or maybe you would prefer baby nestling sparrows, mice, snakes, or maybe a bowl of scrumptious scorpion soup? 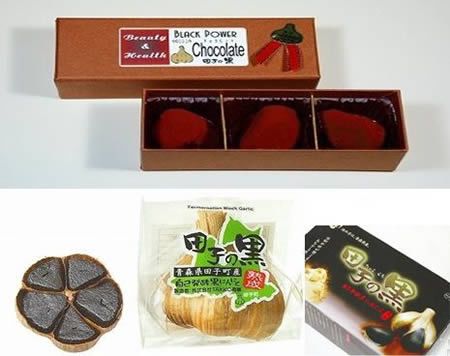 Japan’s Black Garlic Chocolates are made by Takko Shoji, who claims the fermented black garlic coated with bittersweet chocolate can increase energy and promote metabolism when eaten regularly over a couple of months. 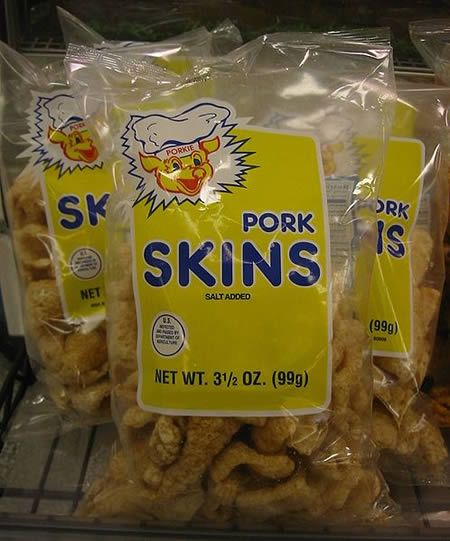 Pork rinds –pieces of pig’s fried or roasted skin (rind)– are actually quite common in several countries around the world. Chunks of cured pork skins are deep-fried and puffed into light, irregular curls, and often seasoned with chili pepper or barbecue flavouring.