With a sheer drop of 415ft – higher than the Statue of Liberty – and travelling at speeds of 90mph, a new record-breaking ride will not be for the faint-hearted. A New Jersey company is planning to build the 41-story drop ride, making it the world?s tallest. 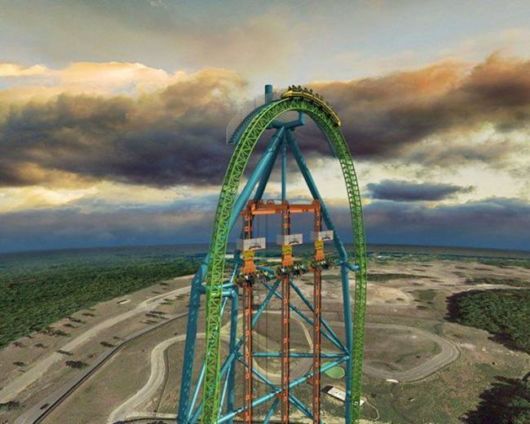 Six Flags Great Adventure says Zumanjaro: Drop of Doom will hoist riders 415 feet in the air and drop them back to the ground at 90 mph.

The stomach-churning attraction will be attached to what is itself the world?s tallest roller coaster, Kingda Ka in Jackson, New Jersey. 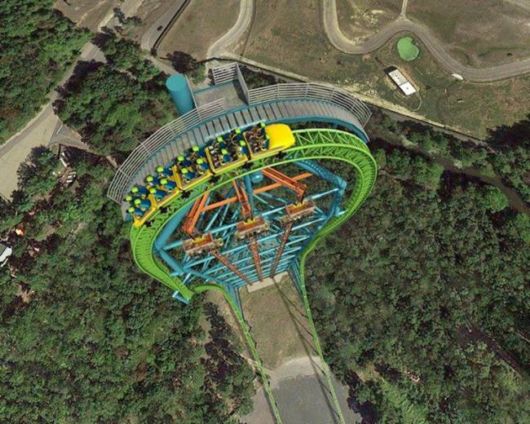 Breathtaking: Zumanjaro will drop brave riders 41 stories at 90mph. At the top, they’ll be able to see the skyline of Philadelphia 52 miles away Zumanjaro?s three towers, each 41 stories tall, will be nestled inside the green loop of the current ride. 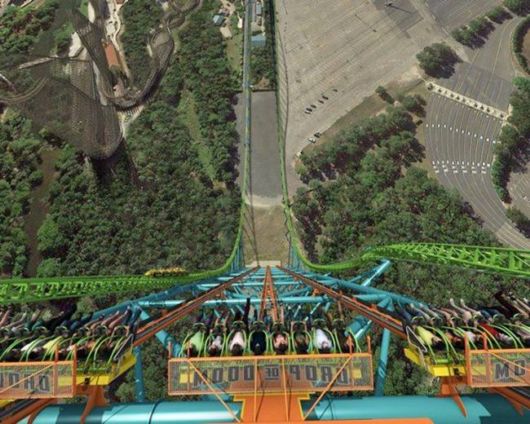 Three gondolas will carry brave riders up the face of Kingda Ka. They will drop from just below the coaster?s 456-foot peak as Kingda Ka?s trains rocket toward them at 128 mph. 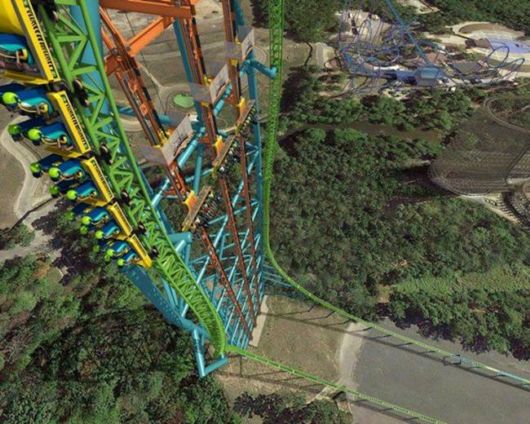 Each of the towers will feature a gondola for eight riders, which will help keep lines for the ride as short as possible.