Cave art is considered to be a monumental step in human evolution, the time in history when our prehistoric ancestors stopped focusing only on survival and utilitarian things and started expressing themselves and improving their artistic skills, a tool they would ultimately use to record their own handprints, create paintings of the animals they feared and hunted, and depict elements of the society they lived in for millennia to come.

These early prehistoric paintings, scattered all across the world, were the beginning of both art, writing, and historical records, no wonder why they are valued so highly by archaeologists from all around the world. Below, we feature 5 such famous prehistoric cave paintings, ranked from earliest to oldest. 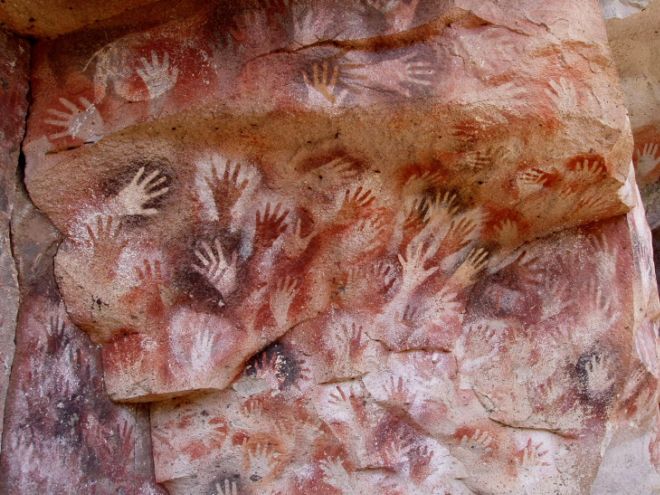 In the midst of the Patagonian Planes of Argentina, you can find the isolated Cueva de las Manos (Cave of the Hands) cave, and within it lie countless paintings of hunting scenes, local animals like the guanaco and rheas, and most notably, countless pictures of overlapping human hands, which create a truly impressive sight. Because the majority of these hands are left hands, scientists believe a spraying pipe held in the right hand was used to create these remarkable early stencil paintings. The cave was discovered accidentally in the 19th century by European settlers. 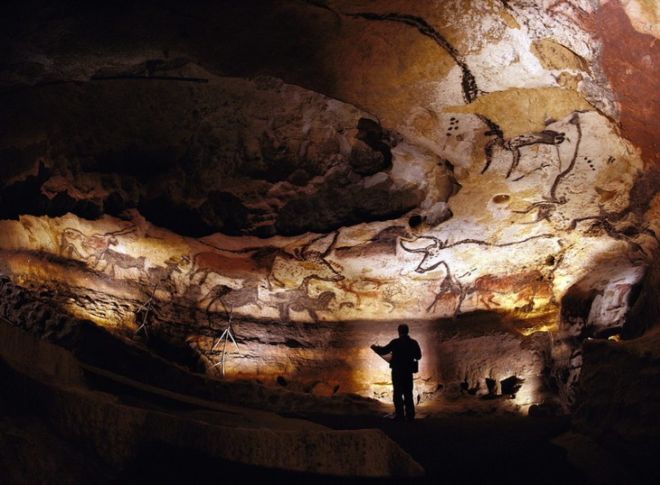 The cave art of Lascaux is one of the most famous examples of prehistoric art, for which it is often called “the Prehistoric Sistine Chapel”. The system of caves is richly adorned with paintings bulls, deer, and horses, some hidden deep within the cave, which meant that the people who created these numerous paintings must have used artificial light to create them.

The cave paintings were first discovered by 18-year-old Marcel Ravidat in 1940 when his dog fell in a hole, which was the entrance to the massive cave complex. To this day, Lascaux is one of the most well-preserved cave art examples ever found and the home for the largest cave painting ever found – a 43 cm (17 inch) bull painting. Unfortunately, the cave is currently closed off to the public, but replicas of the paintings are available to view for tourists. 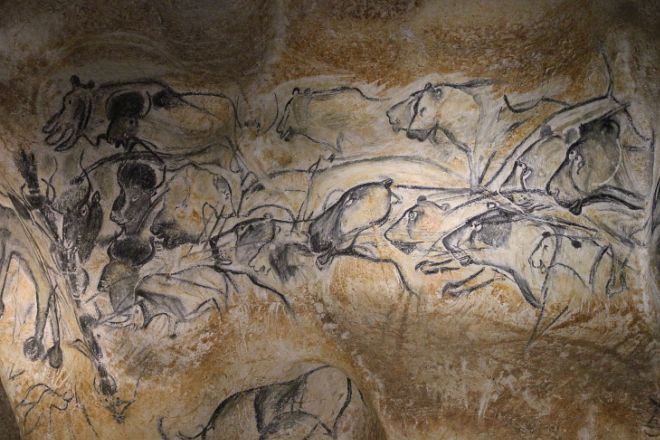 One of the oldest cave drawings ever found is also located in France. Discovered by a group of speleologists in 1994, the Chauvet Cave was left untouched by humans for millennia. The cave contains hundreds of drawings of cave lions, mammoths, bears, leopards, hyenas, and rhinos, featuring 13 different species overall, some never previously found in cave drawings, all executed with great detail and precision.

Today, the cave is considered to be one of the most valuable prehistoric art sights in the world, which is why it was proclaimed a UNESCO World Heritage Site in 2014. Apart from the drawings, archaeologists also found many animal remains in the cave, some of which are now extinct. 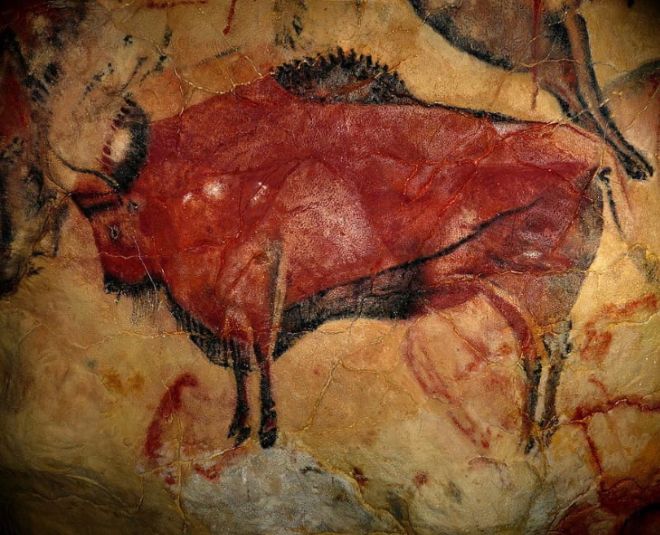 Probably the most famous example of cave paintings are the drawings found in the Altamira Cave in northern Spain in the 19th century. Discovered by amateur archeologist Marcelino Sanz de Sautuola, the Altamira paintings were the first-ever prehistoric cave painting to be discovered.

The cave is scattered with ochre and charcoal drawings featuring bison, horses, and handprints. In fact, the paintings are so bright, detailed, and clear that they were first believed to be a forgery, and at the time, scientists were convinced that prehistoric humans were unable to create art. It wasn’t until much later, 1902, that the authenticity of the painting was acknowledged and to this day, the Altamira Cave paintings are considered to be the best-preserved cave paintings ever discovered. 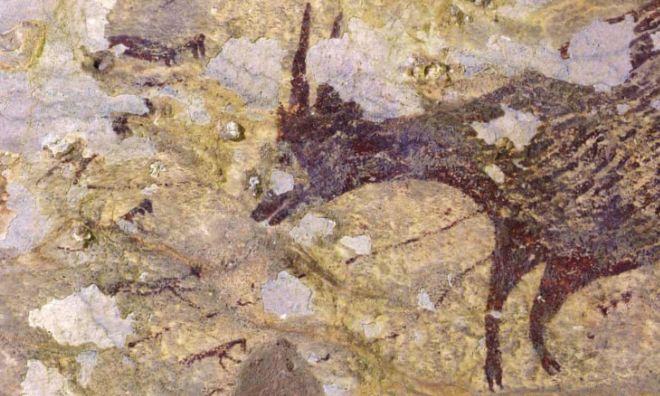 In 2019, media outlets exploded with a flashy headline – the oldest ever cave painting found in Indonesia – one that ended up being true. The paintings are located on the island of South Sulawesi and apparently, locals have known of their existence for a long time but didn’t expect they would be that old.

The unusual cave art depicts human-animal hybrids like human figures with bird beaks or tails hunting wild pigs and buffalo. Uranium-series analysis, one of the most specific dating techniques, has revealed that the paintings are at least 44,000 years old, making them the earliest known figurative prehistoric cave art.