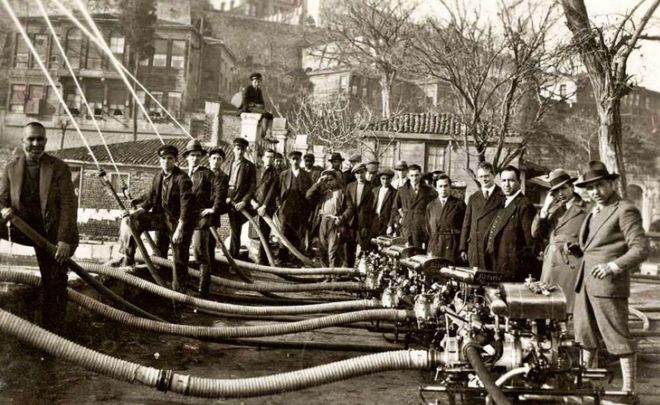 Construction of the Strobe telescope at the McDonald Observatory at the University of Texas, USA in 1935. 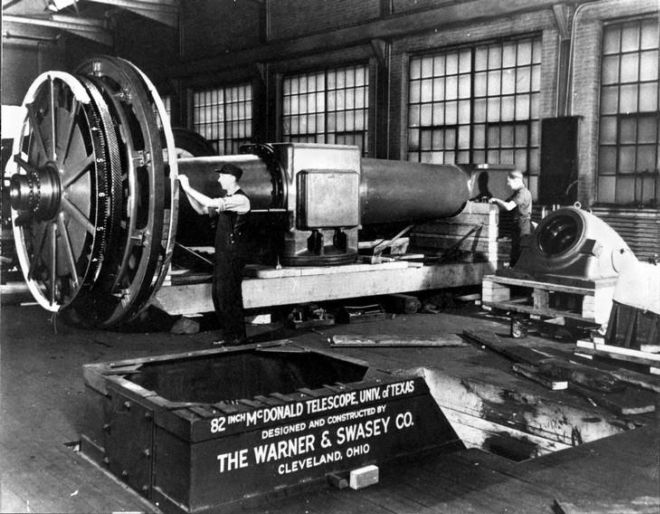 Photograph of acrobats showing the strengths of the Soviet Union in 1934. 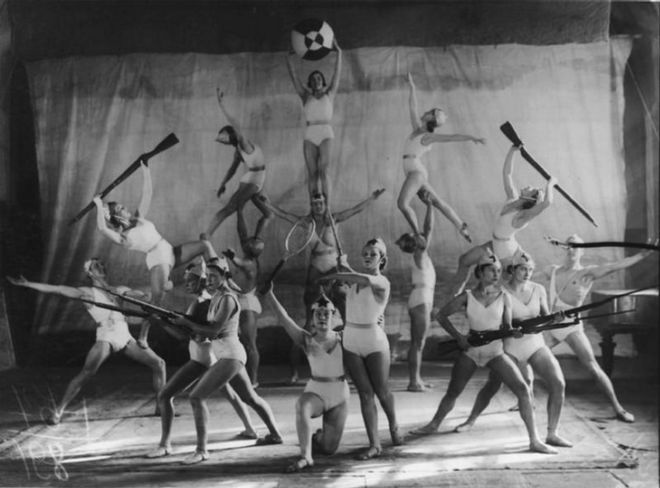 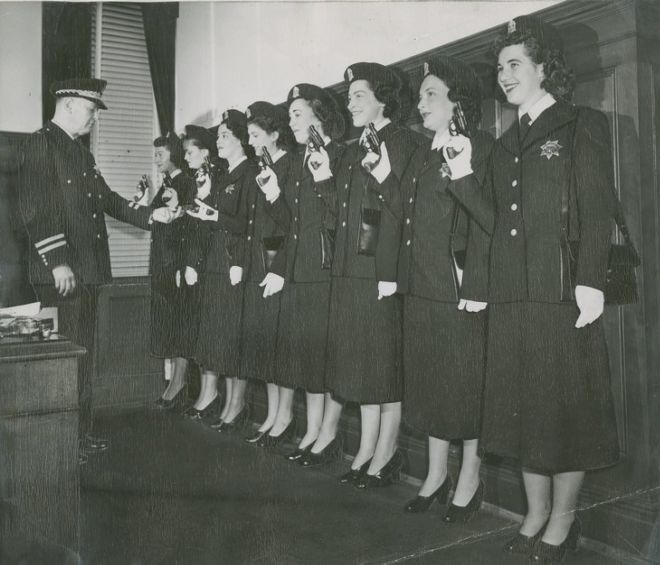 A man and woman hauling a cargo boat in a canal in the Netherlands in 1931. 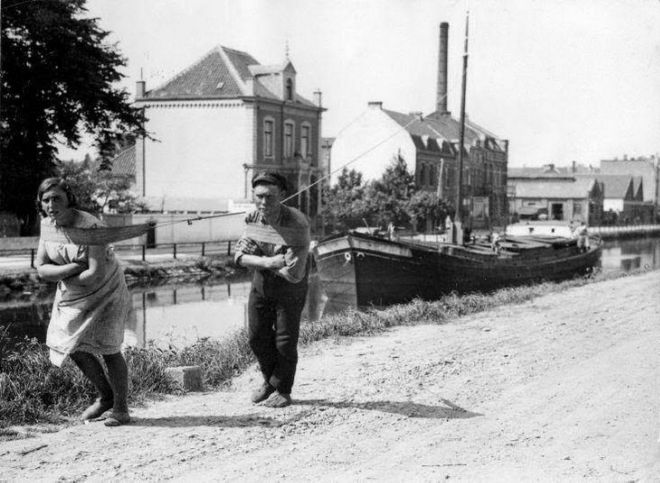 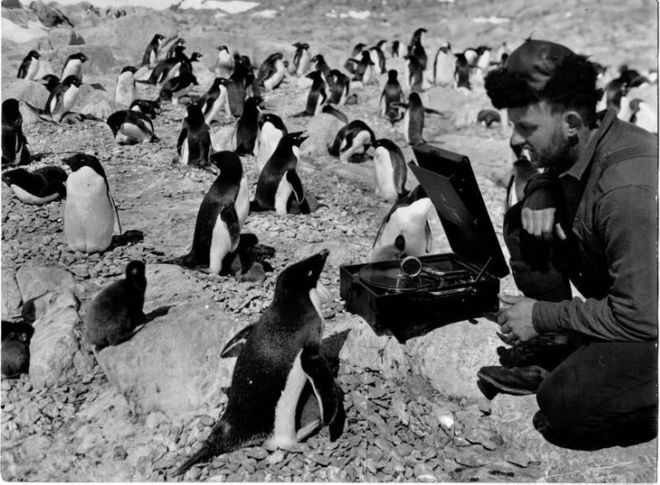