What a difference a day makes. As the clocks turn and the days grow longer, these stunning photographs show what we are to expect in the coming months.

The finalists in the Lovers of Light competition set out to capture the role that natural daylight plays in our lives, paying tribute to sunshine and warming rays.

The competition saw both amateurs and professionals photograph cities waking up, sunkissed beaches and glistening frozen lakes in a bid to do daylight justice. 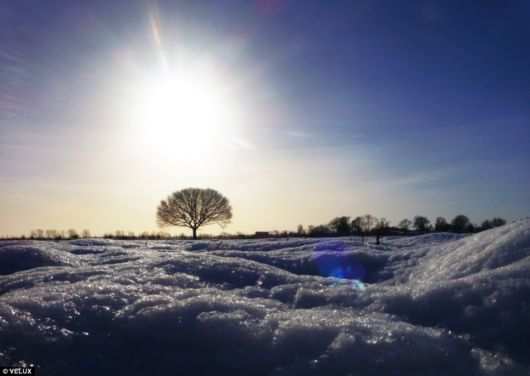 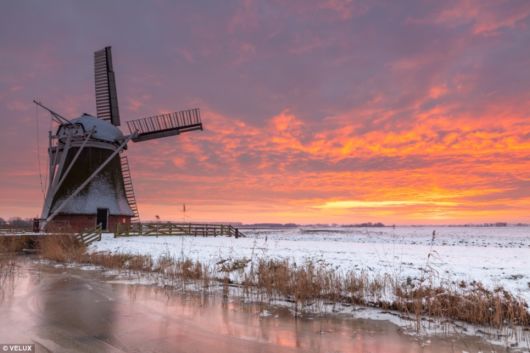 A song of ice and fire: The sky is burning in orange and yellow above the frozen water at the Meervogel windmill in Groningen, The Netherlands 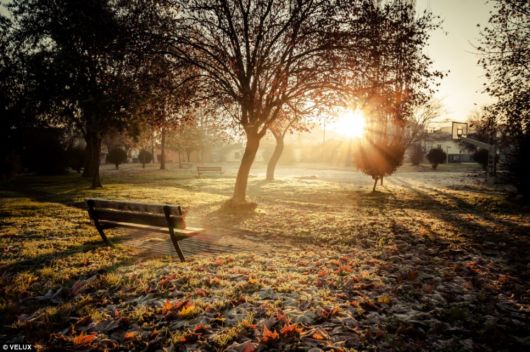 Morning has broken: One photographer has captured a park waking up on a cold December day

The winning photograph by amateur Martin Dawe sees a single tree reaching for the warmth of the sun in a winter landscape.

‘The aspect of daylight, particularly at sunrise and sunset, is something from which I?ve drawn inspiration since I started taking photographs,? said winner Martin Dawe.

?My interest in photography only began at the beginning of this year, so it was a huge shock when I found out I won the Lovers of Light competition.? 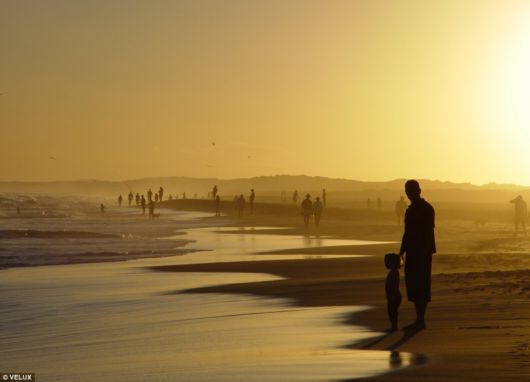 Neverending bliss: A photo entitled ‘Endless Summer’ was taken on a glorious afternoon at Redhead Beach south of Newcastle 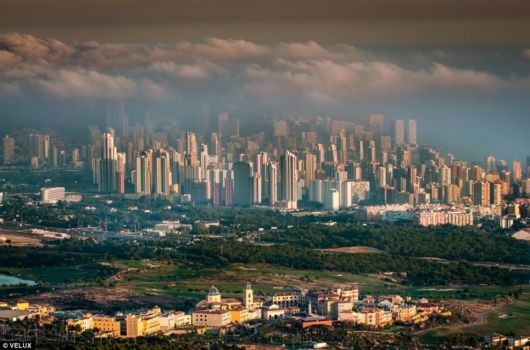 Spanish dreams: ‘Hazy Golden Hour’ captures the sunlight’s play on the buildings in the Spanish city of Benidorm 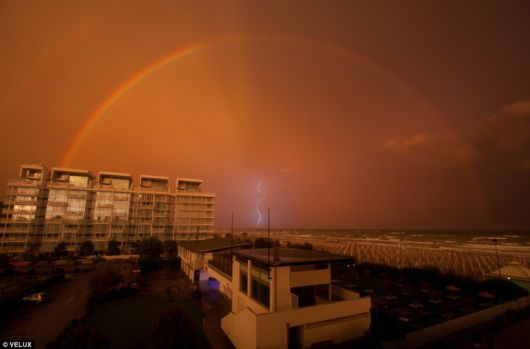 Miracles of nature: A rainbow arches across red clouds in Lido di Jesolo, Italy as a lightning bolt divides the sky in the distance

The competition was launched in October last year on the last changing of the clocks and saw the thousands of entries whittled down to 101 finalists and one winner.

?The snowy January landscape represents an extraordinary depiction of natural daylight and stood out as the winner,? Charlotte Chapman, Marketing Manager at VELUX said.

‘Our aim with the competition was to encourage people to think differently about daylight and we hope that anyone who views the winning image is inspired to celebrate the beauty and the benefits of this precious natural resource.’

Frozen waters: Signature Lost Abroad Back Home took this photo in Finland, also known as the Land of a Thousand Lakes 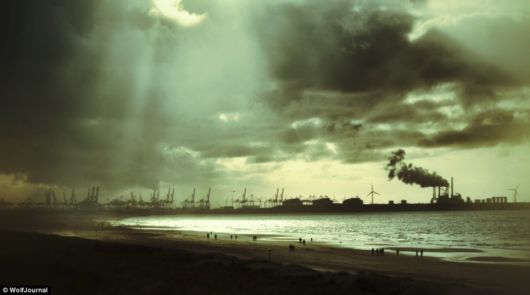 Coastal joy: This urban seascape was captured ‘during a bike ride along the coast’ in an unidentified part of The Netherlands 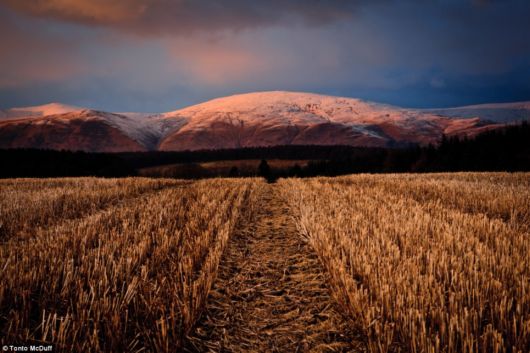 Early hours: A Scottish field in the morning light as the sunrise gives the snow on the mountain caps a slight blush 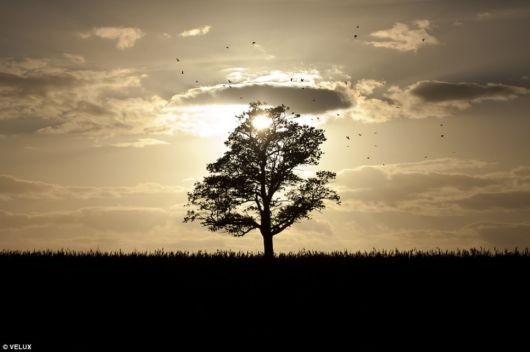 Praised: Entitled ‘Down the potato field’, this photo taken last September made it into the 101 finalists of the competition