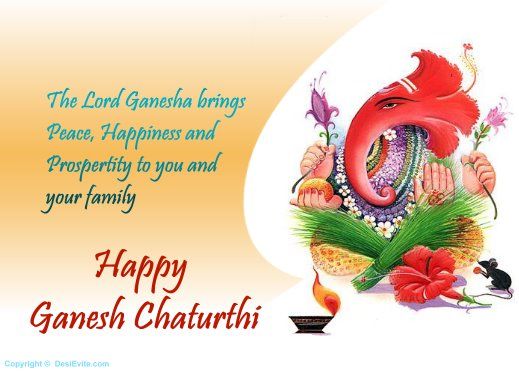 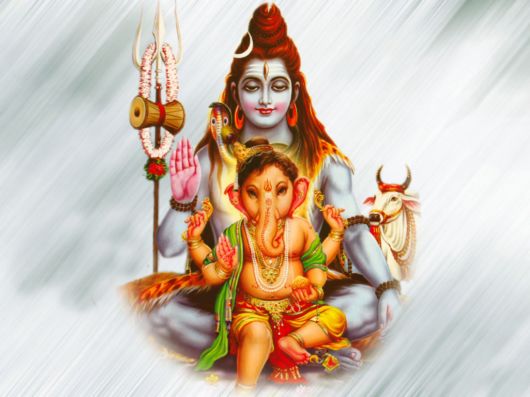 Ganesha Chaturthi is one of the most important Hindu festival in India. It is the day on which Lord Ganesha, the son of Lord Shiva and Parvati was born. The day thus marks the auspicious birth of one of the most important Hindu God. This day is also known as Vinayaka Chaturthi or Vinayaka Chavithi in many parts of the country. It is celebrated on of fourth day of the waxing moon period in the month of Bhaadrapada according to the Hindu calendar. According to the Gregorian calendar, this day falls between 20 August and 15 September. The festival is celebrated with immense enthusiasm in Maharashtra and Andhra Pradesh for ten days. If you want to explore the origin and history of this festival, you can refer to the article given here. 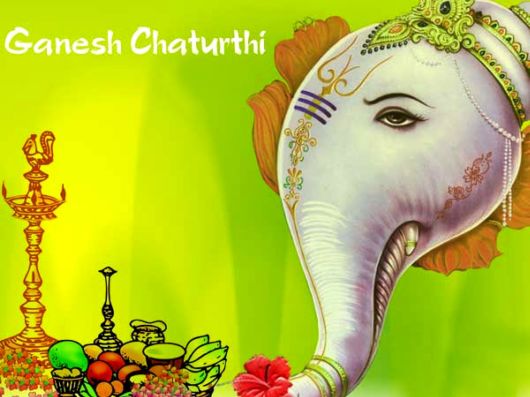 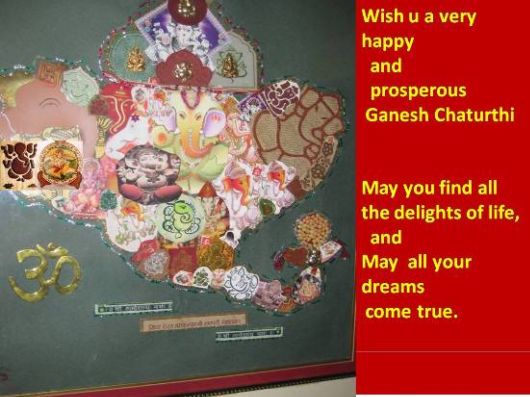 According to the legend, the festival marks the auspicious day of the birth of Lord Ganesha. The story goes as follows- Lord Shiva, the Hindu God of resolution, was away from Kailash due to some work. As Parvati was alone at home, she felt the necessity of some one to guard the door to her house while she took bath. When she did not get any one, she conceived of the idea of creating a son who could guard her. She then created Ganesha out of her sandalwood paste and breathed life into the idol. She then asked him to stand on the gate and do not let any body enter until she came out. Unfortunately, Shiva returned home in the meantime. As, Ganesha did recognize him, he stopped Shiva from entering as per his mother’s advice. This badly enraged Lord Shiva, who cut off Ganesha’s head by his trident. When Parvati saw beheaded Ganesha, took on the form of the Goddess Kali and threatened to destruct all the three worlds. 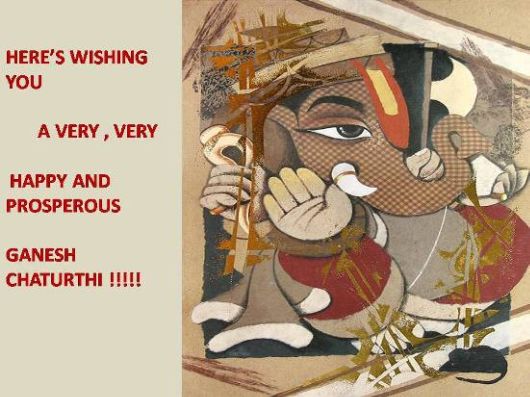 The earth, the heaven, the nether world, all was shaken and every body ran to Shiva for solution. In order to appease Lord Parvati and save the world from destruction, Lord Shiva sent out his followers to find a child whose mother is facing another direction in negligence, cut off his head and bring it quickly. The first such child that came in the eyes of the Shiva followers was an elephant, so they brought the head of this elephant and Shiva placed it on the trunk of Parvati’s son and gave life into him. Parvati was the overwhelmed with happiness and embraced her son. They named her Ganesha i.e the Lord of all Ganas (followers). 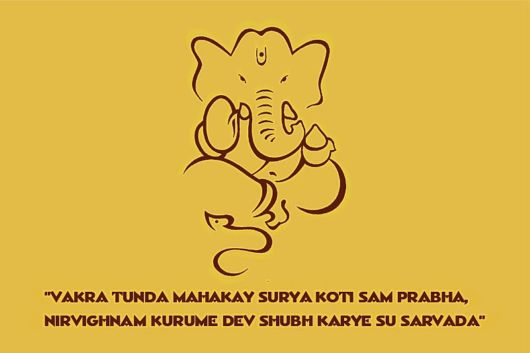 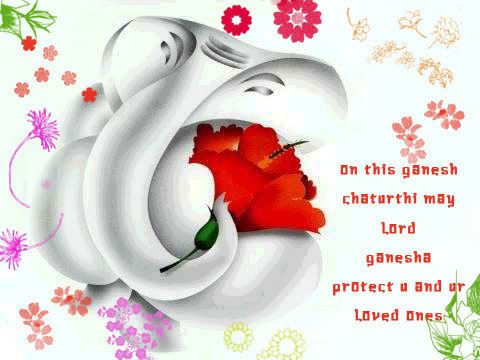 Though the festival is being celebrated since times immemorial, the present kind of celebrations of Ganesha Chaturthi came in fashion in 1893, Lokmanya Tilak, an Indian freedom fighter and social reformer reshaped the annual Ganesh festival from a private family celebration into a community event. The day was conceived to be the National Festival in order to bridge the gap between the Brahmins and the non-Brahmins in the society. Tilak chose this festival for this purpose because Lord Ganesh was considered to be the ‘ God of Everyman’. It then served as a meeting ground for people of all community and religion on a public platform. Since then the festival has served its cause of existence. Even now people irrespective of caste and community barriers celebrate this festival with great joy. 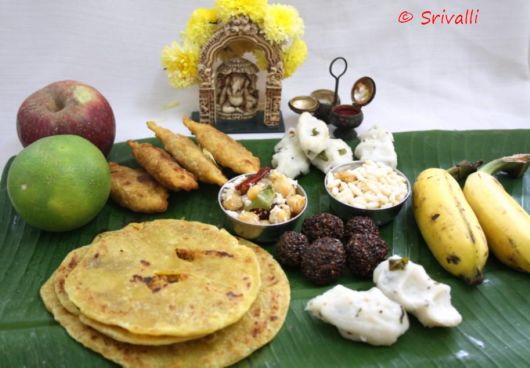 It is generally preferable to do Ganesha puja on the Chaturthi day at the noon, however you can perform the pooja as per your wish whenever all the members of your family are present. In order to carry on the pooja, you will require following items- A Clay image of Lord Ganesha, flowers, druva grass blades, sweets (preferably Modak), coconut, sandalwood paste and incense sticks. The Pooja begins with the establishment of idol on a higher platform and giving it a bathe with Panchamrit. You can now pray to Lord Ganesh and recite all the mantras or bhajans dedicated to Lord Ganesha. You now have to invoke Lord Ganesha through your prayers and bring life in the idol. The mantra for this can be found in the in the Rig Veda and is part of Ganesh Suktha.

Once you invoke life in the idol, you need to light lamp and incense sticks in order to please Lord Ganesha. After this, you need to perform the shhodashopachara, which are 16 forms of paying tribute to Ganesha. In this you need to offer 21 blades of druva grass, 21 modakas, and flowers to Lord Ganesha. You need to apply a tilak using red Sandalwood paste to idol and keep the coconut along with the idol. After you have offered your best possible prasada to the Lord, you simply need to recite the 108 salutations dedicated to Lord Ganesha. All the family members can then bow down to Ganesha and seek his blessings. The puja is performed in a similar way even if it is a community fest. You need not to exceptionally elaborate the rituals of the Pooja rather all you need to do is pray with a clean heart and pious objective. 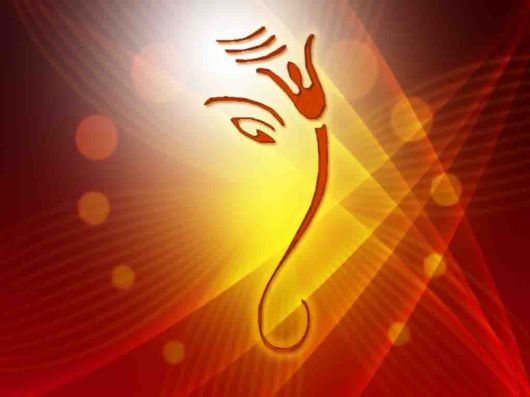 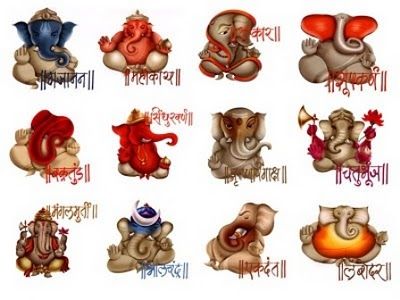 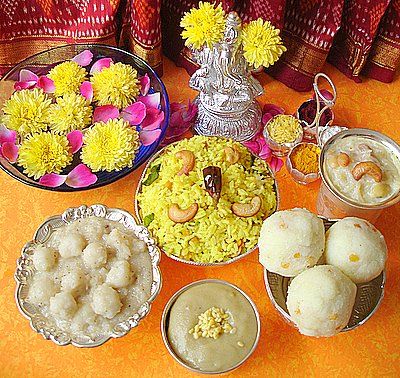 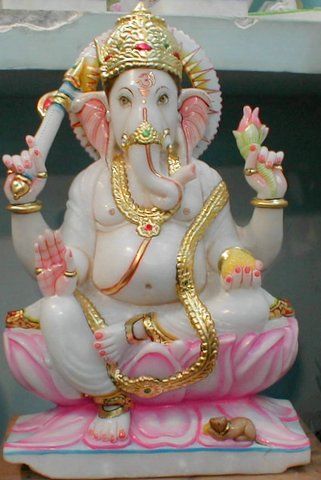 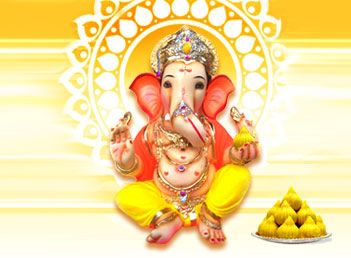