Climate Change is an important issue which needs to be addressed not just on World Environment Day, but on daily basis. It’s saddening to see once dense forest now struggling to exist, just because we humans destroyed it for our selfish motives. NASA?s before and after images of these glaciers show us how vast the difference is between the once scenic glaciers and rivers, which now are losing its charm due to our carelessness.

1. Matterhorn Mountain in the Alps, on the border between Switzerland and Italy. August, 1960 ? August, 2005

Snow is replaced by vegetation at Pedersen Glacier, Alaska.

Due to deforestation, Rondonia forest in Brazil is a belt of rapidly disappearing tropical forest. 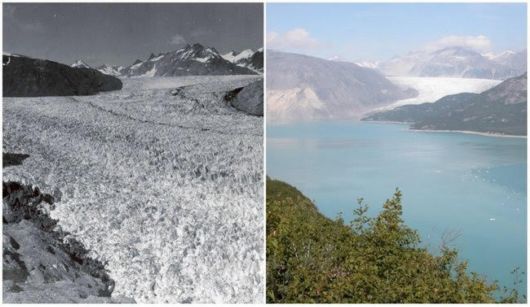 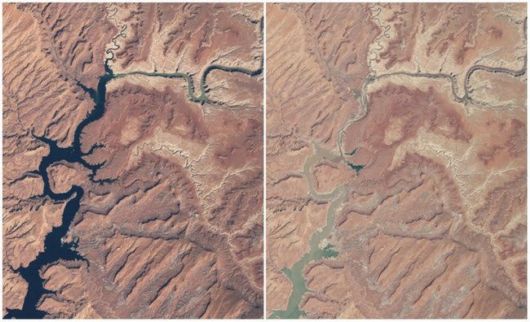 The once free-flowing Powell lake is now diminishing from the map view.

McCarty Glacier is no more a glacier as there is no sign of snow around the region.

You can see a drastic change here. A massive area of the green has disappeared from the Aral region and now is left barren.

The Qori Kalis Glacier has retreated by almost 50%

It was due to drought situation in Argentina which led to Mar Chiquita lake dry-up.

One of the most scenic Alaskan glacier has lost its charm due to massive meltdown of snow.