We all use plastic bottles now and again, whether we want to or not. They’re simply everywhere – at the shops, in diners, at events and even in our kitchen. We often use the same bottles again and again instead of throwing them into the recycling bin, seeing more value in reusing them. 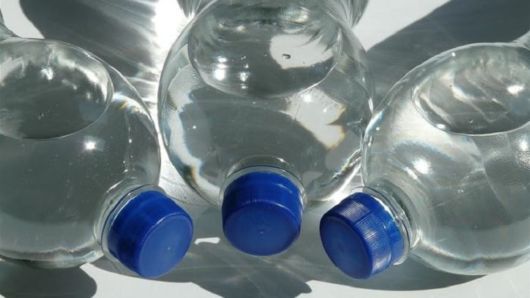 The question is: Are we taking a risk with our health when we do so? It appears that, in certain cases, the answer is yes. There are 3 things you need to know before you refill that plastic bottle of water:

1. Bacteria can thrive in a bottle of water.

While a one-time use of a bottle of water (as manufacturers declare it should only be) won’t harm you, you’re tempting your fate if you decide to drink from it again. Studies have shown that prolonged use of the same plastic bottle causes it to scratch and crack, and it is inside these little scratches and cracks that bacteria can thrive, just like on your cutting board.

You must thoroughly clean your cutting board after each use, and if you plan on filling up your plastic bottle for another use, you should clean it as well. Do so with lukewarm water and soap. Of course, this cleaning will probably cause more damage to the bottle. Remember, they weren’t made for reuse, and so they were not made to resist the various cleaning materials.

It’s also important to remember that the bacteria in the water bottle can get through to your mouth, so if you aren’t rinsing your bottle, it acquires many bacteria that live in water, turning your bottle into a real Petri dish.

A study performed at the University of Calgary found that water bottles used by elementary school age children over and over again without being cleaned contained a much higher amount of bacteria than should be in our drinking water. One cause for that is that the bottle sat in room temperature most of the day, which is a perfect temperature for bacteria to thrive in. Putting the bottle in the fridge or the freezer will dramatically decrease the number of bacteria in the bottle.

Even plastic bottles that are reusable need to be washed with lukewarm water and soap, because they can also accumulate scratches and bacteria, even if they probably accumulate less than a disposable one. As a rule, all plastic bottles are hard to clean without leaving scratches, and if you are using plastic bottles more than once – wash them often. 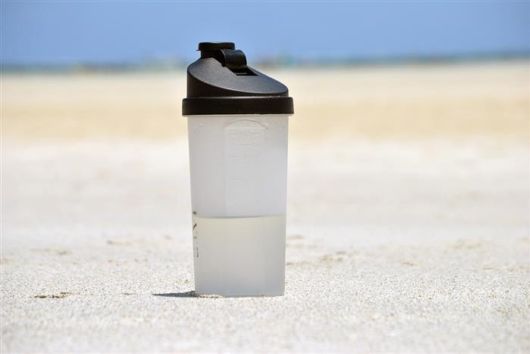 It’s better to use plastic bottles designed for reuse
2. Cleaning the bottles can cause a chemical leak

You’ll notice I only recommend using lukewarm water to wash the bottles, with a strong emphasis on lukewarm. Using very hot water to clean the bottle (perhaps thinking to sterilize it), is a bad idea, especially if you’re using single-use bottles. Experts believe that washing disposable bottles with hot water or in the dishwasher is a recipe for disaster, because the plastic they use to make these bottles is not made to withstand such heat. When it does heat up, there’s a chance that dangerous chemicals will leak from the plastic and into the liquid inside the bottle.

Reusable plastic bottles are made of tougher plastic, and are supposed to withstand higher temperatures without a problem. However, there is no safe way to completely remove all the dangers of using a plastic product for a long period of time. The best protection against chemical leaks is to drink your water from glass or stainless steel bottles. Even then, you’ll need to wash and dry them properly, otherwise they too will become infested with bacteria. 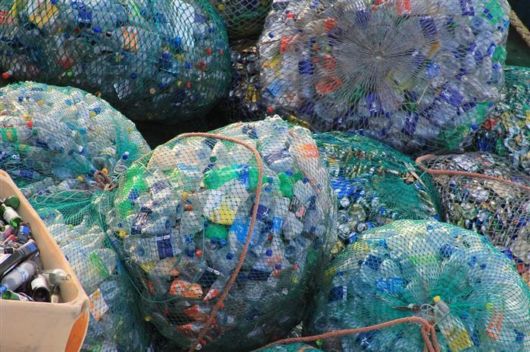 3. Most of the bacteria in the bottle are found around the opening

Bacteria are mostly found near the opening of the bottle because our mouth itself contains bacteria, and also because of the way the cap is screwed on it, creating a perfect place for bacteria to thrive.

In a recent study, participants were instructed to drink from the same bottle for a week without washing it. At the end of the week, a small sample was taken from the opening of the bottle. What they found was disconcerting, to say the least. The bacteria found were the same kind that cause food poisoning, and in huge amounts.

If the participants in the study had continued to drink from the same bottle, they probably would have developed symptoms of nausea, diarrhea and even vomiting. The only way of preventing this kind of bacteria from flourishing in our bottles is to keep washing them properly. With disposable ones, however, I’d recommend keeping it that way and only use it once.

In any case, the cap of your bottle will always carry some bacteria, as it touches your hands as well. You can also drink from the bottle without touching it with your lips, letting the water flow right into your mouth. 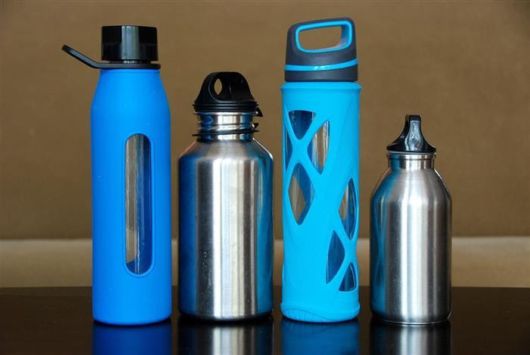 As mentioned, avoid using single-use bottles more than once. Throw them into the recycling bin or repurpose them yourself into something you can use. Even plastic bottles meant to be reused are not recommended and you’d be better off using stainless steel ones. Of course these must be regularly washed with lukewarm water and soap, just like any other kitchen tool. Please share this information with as many people as you can. It’s very healthy to drink a lot of water, but when it’s filled with bacteria, you may do yourself more harm than good.